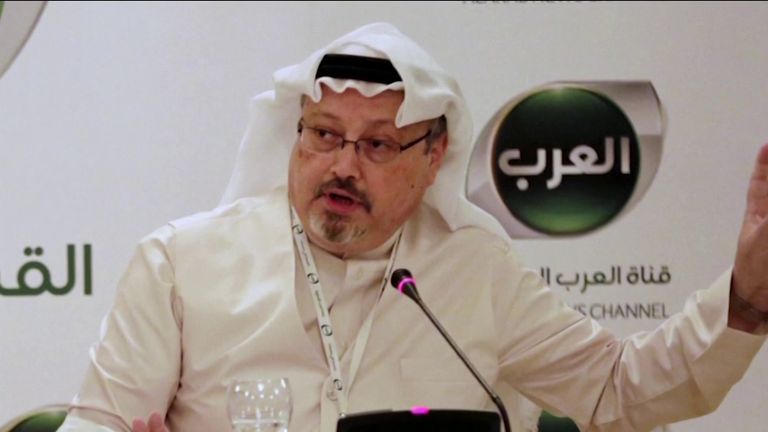 The street in front of the Saudi embassy in Washington DC has been renamed Jamal Khashoggi Way.

The local council voted unanimously last year to rename the one-block stretch after the activist and journalist was murdered in the Saudi consulate in Istanbul in October 2018.

Sarah Leah Whitson, executive director of DAWN, the pro-Arab democracy organisation founded by Mr Khashoggi, said: “We intend to remind the people who are hiding behind these doors… that we hold them responsible and we will hold them accountable for the murder of our friend.”

It comes as US President Joe Biden prepares to visit Saudi Arabia next month, a widely criticised trip that will include a meeting with Crown Prince Mohammed bin Salman.

After Mr Khashoggi’s death, the Saudis initially denied involvement but, as international pressure grew, they admitted he had been killed in the consulate, describing it as a bungled repatriation effort.

The CIA has concluded that Mr Khashoggi was killed and dismembered on the orders of Mohammed bin Salman, an accusation the Saudis have denied.

Mr Khashoggi’s Turkish fiancee, Hatice Cengiz, could not attend the ceremony – but in a statement, she described the Biden administration as “putting oil over principles and expediency over principles”.

She added: “Can you at least ask (the crown prince), ‘Where is Jamal’s body?'”

She said: “The president is a straight shooter. This is not something that he’s afraid to talk about.”

It is not the first time that a street housing an embassy has been renamed to make a point – a number of countries renamed streets with Russian embassies after its invasion of Ukraine.

In Washington DC, in 2018, the street in front of the Russian embassy became Boris Nemtsov Plaza in remembrance of the Russian activist who was shot dead near the Kremlin three years earlier.

‘I’m glad the city did the right thing’

He said there were 10 signs in different places at one point and one lasted for two years before it was vandalised.

He was not invited to Wednesday’s unveiling of the official sign but said: “I’m glad the city did the right thing and I’m glad he is being recognised this way.”

The renaming is ceremonial – this is why the sign is brown rather than the usual green – and it will not change the embassy’s postal address.