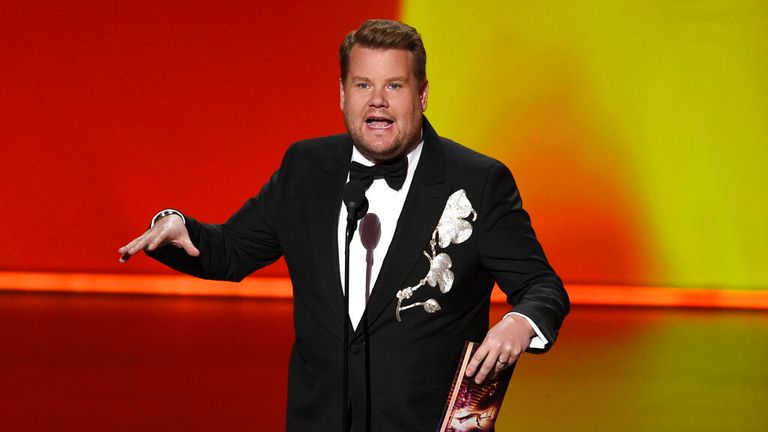 James Corden has announced he will end his run as the host of The Late Late Show next year.

The British comedian and writer signed on as the show’s presenter in 2014, taking over from Scottish host Craig Ferguson.

Since then, he has carried out headline-grabbing interviews with some of the biggest names in the world, including the likes of Adele, BTS and Prince Harry, and seen huge success with segments like Carpool Karaoke and Crosswalk the Musical.

Addressing his departure from the show, which goes out past midnight in the US, Corden told Deadline it was a “really hard” decision, but he was “immensely proud” of what he had achieved.

It has been reported he was offered multiple contract extensions that could have kept him at Television City in Los Angeles for another five years, but instead he opted to host for just one more year.

“I’m thrilled to be extending,” he added.

“I always thought I’d do it for five years and then leave and then I stayed on.

“I’ve really been thinking about it for a long time, thinking whether there might be one more adventure.”

Speaking to the audience at the taping of his latest episode, Corden said: “When I started this journey, it was always going to be just that – it was going to be a journey, an adventure.

“I never saw it as my final destination, and I never want this show to overstay its welcome. I always want to love making it.

“I really think in a year from now that will be a good time to move on to see what else is out there. We all determined to make this the best year we have ever had.

“We are going to go out with a bang … they’ll be tears, so many tears, ’cause this has been the hardest decision I’ve ever had to make.”

George Cheeks, president and chief executive of CBS, told Variety: “In my two years at CBS, I’ve had the privilege to see James’ creative genius up close and experience his valuable partnership with CBS, both as a performer and a producer.

“We wish he could stay longer, but we are very proud he made CBS his American home and that this partnership will extend one more season on The Late Late Show.”

Before heading out to Los Angeles, Corden was a major household name in the UK, having written and starred in Gavin and Stacey and hosted the Sky One show A League Of Their Own.

Corden has also had a successful movie career, appearing in a number of films, mostly musicals, both before and after heading out to Hollywood.