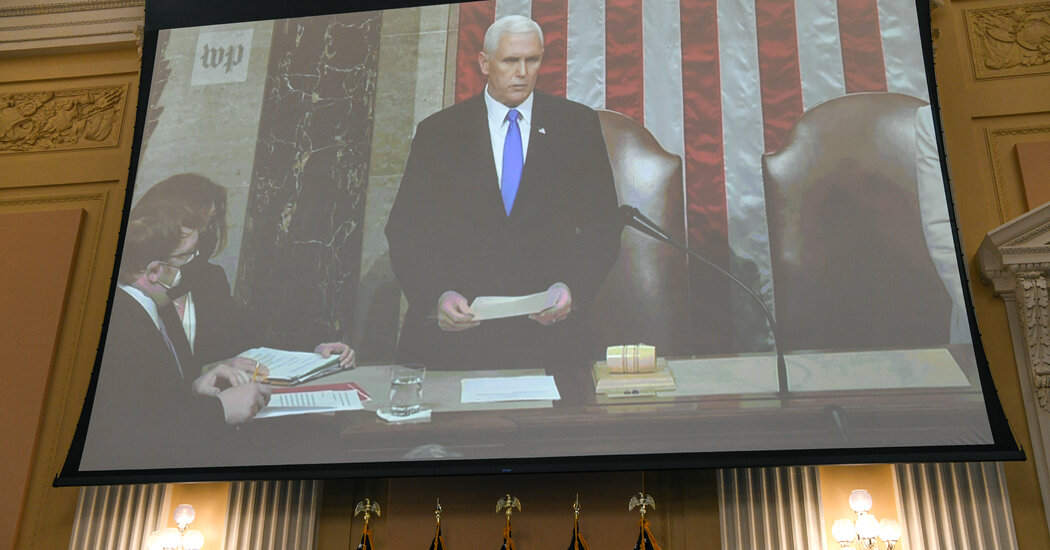 Both sides claimed to be defending democracy from the other. Both appealed to Peru’s military, which had traditionally played a role of ultimate arbiter, almost akin to that of a supreme court. The public, deeply polarized, split. The military was also split.

The Themes of the Jan. 6 House Committee Hearings

At the critical moment, enough political and military elites signaled support for Mr. Fujimori that he prevailed. They came together informally, each reacting to events individually, and many appealing to different ends, such as Mr. Fujimori’s economic agenda, notions of stability, or a chance for their party to prevail under the new order.

Peru fell into quasi-authoritarianism, with political rights curtailed and elections still held but under terms that favored Mr. Fujimori, until he was removed from office in 2000 over corruption allegations. Last year, his daughter ran for the presidency as a right-wing populist, losing by less than 50,000 votes.

Modern Latin America has repeatedly faced such crises. This is due less to any shared cultural traits, many scholars argue, than to a history of Cold War meddling that weakened democratic norms. It also stems from American-style presidential systems, and deep social polarization that paves the way for extreme political combat.

Presidential democracies, by dividing power among competing branches, create more opportunities for rival offices to clash, even to the point of usurping one another’s powers. Such systems also blur questions of who is in charge, forcing their branches to resolve disputes informally, on the fly and at times by force.

Venezuela, once the region’s oldest democracy, endured a series of constitutional crises as President Hugo Chávez clashed with judges and other government bodies that blocked his agenda. Each time, Mr. Chávez, and later his successor, Nicolás Maduro, appealed to legal and democratic principles to justify weakening those institutions until, over time, the leaders’ actions, ostensibly to save democracy, had all but gutted it.