Johnny Depp v Amber Heard: ‘The only way out of this is death’, star allegedly told actress after engagement | Ents & Arts News 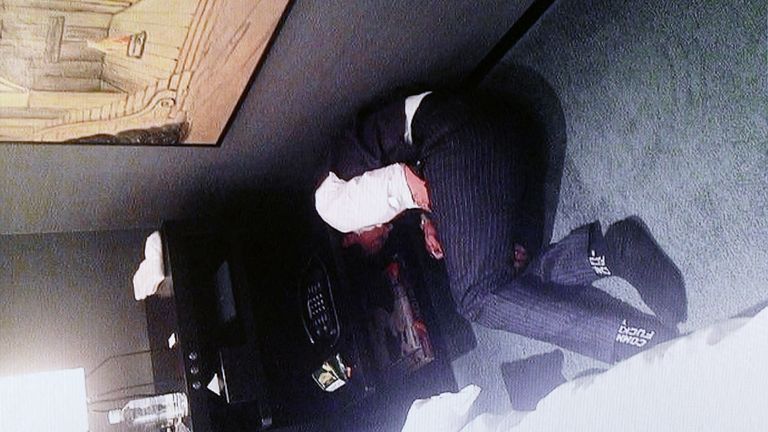 Johnny Depp apparently refused to sign a prenup with his then-fiance Amber Heard ahead of their 2015 wedding, allegedly telling her: “The only way out of this is death.”

Heard told a US court she felt “like the luckiest woman alive” after the actor proposed, presenting her with a “massive diamond” ring.

But she said she began to think about a pre-nuptial agreement, mainly due to the fact that Depp earned so much more than her and she felt it would “eliminate doubt”.

Day 15: Heard back in the witness box – live updates

However, Heard said Depp was strongly against having any sort of agreement.

“He said if he ever got his hands on it he would tear it up. He told me, ‘the only way out of this is death’,” the actress told a court in Fairfax, Virginia.

She said he took it as an insult, asking her: “Kid, are you already planning on leaving?”

Thursday is the second day of Heard’s testimony and the 15th day of the multimillion-dollar libel trial brought by her ex-husband.

Read more:
Why are Depp and Heard in court?
Graphic texts and photos written in blood

Depp, 58, is suing Heard, 36, for $50m, claiming he defamed her in a 2018 article she wrote for the Washington Post in which she said she was a victim of domestic abuse.

He alleges he was the victim and has lost millions of dollars in work and been exiled from Hollywood as a result of her claims.

Heard is countersuing him for $100m, saying the Pirates of the Caribbean actor smeared her by calling her a liar.

During at times emotional testimony, Depp has refused to look at the Heard, with his eyes concentrated on his desk.

Heard began Thursday’s testimony by describing a press trip to Tokyo, where she claims Depp called her a “nagging b****”.

She said it was shortly after she met Depp’s children, Lily-Rose and Jack.

The couple had a loud argument in their hotel room during the tour, which she was very concerned about as it was in the room next to the children.

During this time he called her a “nagging b****”, and other “awful things” which she did not tell the court, adding: “I don’t think they need to be repeated here.”

She said around this time, she would look for clues of Depp’s drinking and drug-taking and pictures were shown to the court of Depp passed out after drink and drug binges. 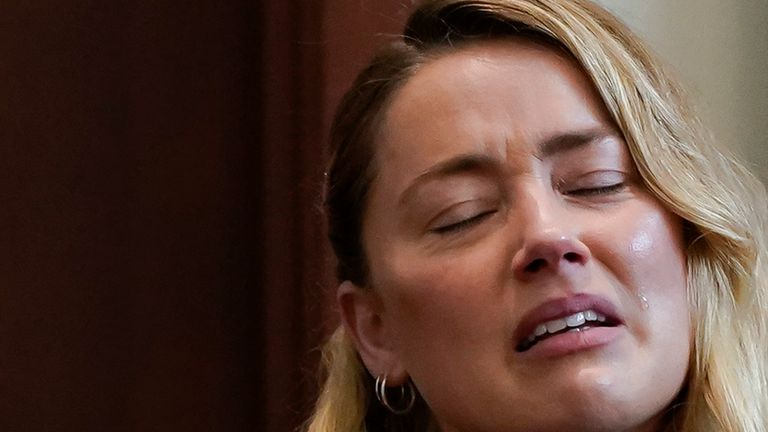 ‘Depp slapped me across the face’

Here are some of the key moments from Heard’s testimony on Thursday, the 15th day of the trial

• Heard said she began “negotiating” her career with Depp and stopped taking on jobs with romantic scenes and eventually only took on parts that required “minimal make up”
• Actress said she felt like “the luckiest woman in the world” when Depp proposed
• Depp sent threatening texts to Heard telling her “don’t test me”
• While filming in London, Depp would go on drink binges and missed work – including one incident where he had to be carried home “like a baby” by his security
• Court played recordings of Depp moaning and mumbling incoherently

On Wednesday, the actress choked back tears as she told the court about the first time Depp slapped her and said she knew she should leave him then, but she couldn’t bring herself to do it.

She said she had “never been hit like that” before and “I knew you don’t come back from that, and it broke my heart”.

Beginning her testimony, she told the jury that the US trial has been “the most painful and difficult thing I’ve gone through” after sitting through days of Depp and other previous witnesses talking “about our lives”.

Nicaragua’s Secretive Ruling Family Reaches Out Quietly to the U.S.