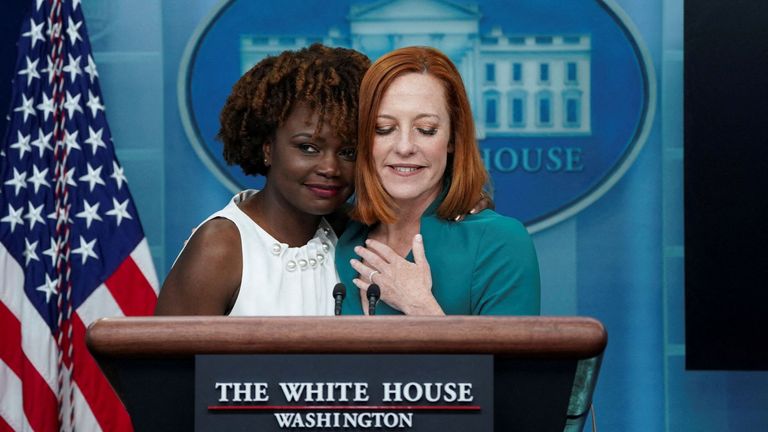 Joe Biden has named Karine Jean-Pierre to be the next White House press secretary, the first Black woman and openly LGBTQ person to serve in the role.

She will take over from Jen Psaki when she leaves the post next week.

Ms Jean-Pierre takes on the role as the White House faces an uphill battle to help Democrats hold onto the House and Senate in this autumn’s midterm elections.

The president’s administration is also struggling to address concerns about soaring inflation and the state of the economy.

Before joining the Biden presidential campaign, Ms Jean-Pierre was the chief public affairs officer of the progressive group MoveOn.org and a former political analyst for NBC and MSNBC.

She also worked in political affairs in the Obama White House and on his re-election campaign.

“Karine not only brings the experience, talent and integrity needed for this difficult job, but she will continue to lead the way in communicating about the work of the Biden-Harris administration on behalf of the American people,” the president said in a statement.

Ms Psaki, who leaves the White House on 13 May, praised her successor as a “partner in truth”.

“Representation matters and she is going to give a voice to so many and show so many what is truly possible when you work hard and dream big,” she said.