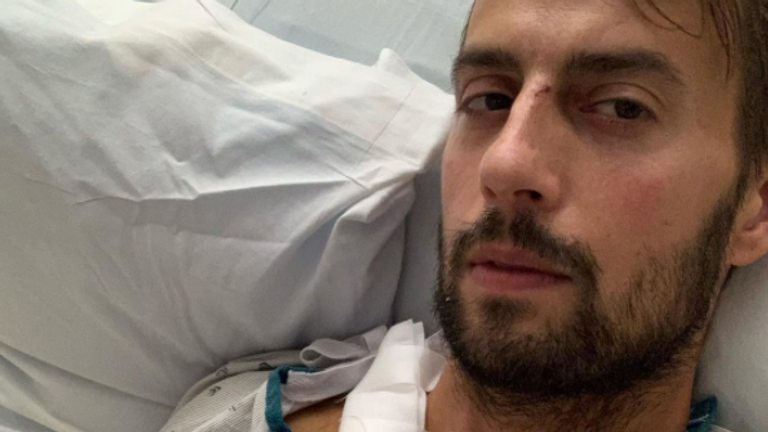 A man accused of shooting and seriously wounding Lady Gaga’s dog walker and stealing her two French bulldogs has been freed from jail by mistake.

James Howard Jackson was being held on an attempted murder charge but was released from a jail in Los Angeles “due to a clerical error”, a sheriff’s department said.

The 19-year-old is now being sought by the sheriff’s major crimes bureau.

Prosecutors say Jackson and two other alleged gang members had driven around looking for expensive French bulldogs to steal on 24 February last year.

They then spotted, tailed and robbed Ryan Fischer as he walked the dogs belonging to Lady Gaga near Sunset Boulevard, it is alleged.

During a violent struggle, Fischer was hit, choked and then shot in an attack caught on camera by the doorbell camera of a nearby home, prosecutors say.

The video recorded the dog walker screaming “Oh, my God! I’ve been shot!” and “Help me!” and “I’m bleeding out from my chest!”

The dramatic incident saw Fischer lose part of a lung.

Reacting to Jackson’s mistaken release, Fischer said in a statement to KABC-TV: “While I’m deeply concerned at the events that led to his release, I’m confident law enforcement will rectify the error.

“I ask for Mr Jackson to turn himself over to the authorities, so resolution to the crime committed against me runs its course, whatever the courts determine that outcome to be.”

Gaga’s dogs were returned two days after being stolen by a woman who claimed she had found them tied to a pole.

The woman had asked about the singer’s offer of a $500,000 reward if the dogs were returned “no questions asked.”

Gaga, who shot to fame with international hits such as Poker Face and Bad Romance, was in Rome filming a movie at the time of the incident.