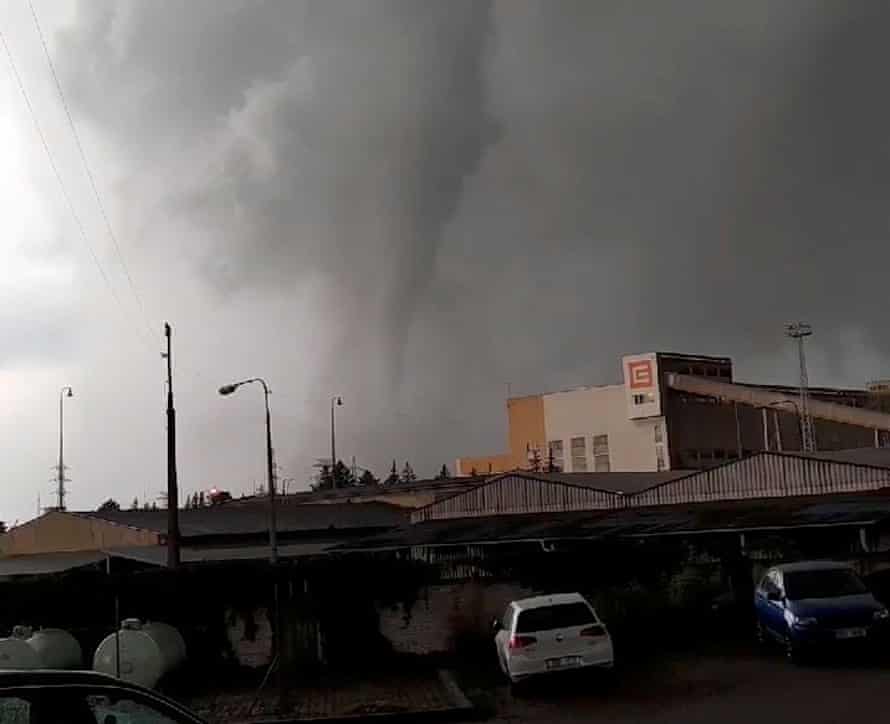 A tornado and hailstones the size of tennis balls has hit the Czech Republic’s south-east, rescuers said, razing houses and causing an as yet unknown number of fatalities.

The Czech news agency CTK quoted the mayor of Hrusky as saying that half of his village had been razed to the ground.

A local emergency services spokeswoman, Hedvika Kropackova, said there had been fatalities and that people were still trapped under debris.

Kropackova said they expected dozens of injuries. However, the hospital in the city of Hodonin on the Czech-Slovak border said it had treated up to 200 injured people.

Interior minister Jan Hamacek said “all available rescue units are in action or moving to the Hodonin region, where several municipalities have been hit by a tornado.”

Austrian and Slovak rescuers were helping out and the Czech army has also been deployed.

The tornado and huge hailstones struck several towns and villages including Hodonin, where in addition to causing injuries the extreme weather destroyed a retirement home and the local zoo.

The storms forced the prime minister, Andrej Babis, to remain in Brussels following an EU summit because a landing in Prague would have been too dangerous.

In neighbouring Poland, a twister struck the southern Malopolska province on Thursday, damaging roofs and injuring one person according to local media.

Nearly all Covid deaths in US are now among unvaccinated

Miami building collapse: ‘They were angels’ – loved ones of the missing desperate for answers after beach disaster | US News