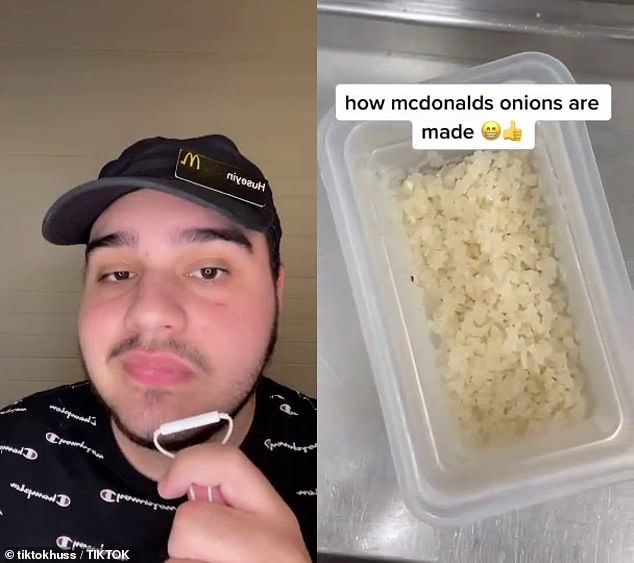 An McDonald’s worker has offered a rare insight into one way the restaurant chain manages to provide such a massive diverse menu of burgers, salads and other items – by freeze drying the onions.

The worker, Huseyin Demirtas from Sydney, Australia, shows how the onions are made on a TikTok response video that’s now gone viral.

‘Yes this is how we make our onions,’ a nodding Mr Demirtas confirms in his blow-by-blow commentary.

‘Get two packets of dehydarated onions, put them in a container.’

‘Chuck it into the fridge, let it cool down, let the dehydrated onions rehydrate, with water.’

TikToker Justin Albert, who regularly posts videos chronicling his shifts at McDonald’s in the United States and how different menu items are made, scored a massive 13 million views and 24,000 comments for the original viral onions clip.

Some commenters were nonplussed  at Demirtas’s revelations, others shocked and one Kiwi TikToker claimed that in the Shaky Isles they use real onions.

McDonald’s-related TikToks are a popular category, especially drive-thru reactions and staff giving away ‘inside’ secrets. 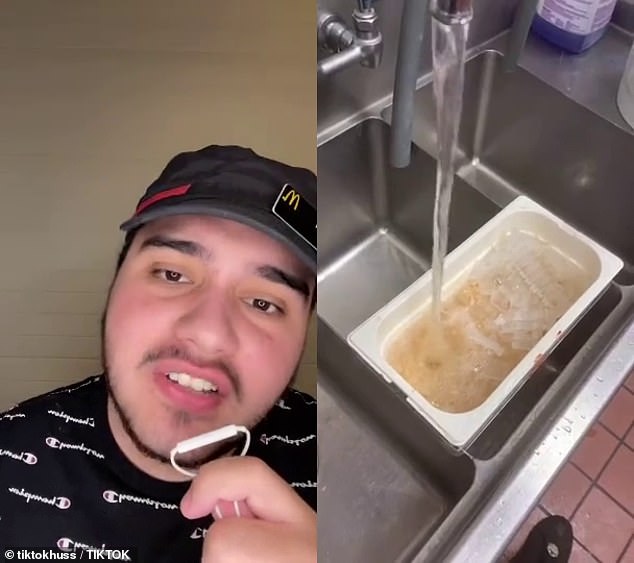 More than once staff from McDonalds claimed their ice cream machines were never broken – one American girl said her workmates just didn’t want to lift the heavy bags of ice cream mix, while another said nobody wanted to clean the machine.

But Demirtas debunked these rumours.

‘This is completely false, we do clan our ice cream machines,’ he said.

‘I don’t know where she works, probably one in America, ‘cos American McDonalds sucks.’

‘Here in Australia we do clean our ice cream machines. There’e a cycle called heat treat which heats up the machine, kills any bacteria at a very high temperature.’

‘To be honest McDonald’s kitchens are much cleaner than some other restaurants I’ve been to.’

In a statement McDonalds Australia told Daily Mail Australia: ‘We know our customers love going to any McDonald’s and getting the same great tasting flavours they know and love. That’s why we use rehydrated onions in Cheeseburgers, Hamburgers and Big Macs across all restaurants globally.

‘No other ingredients on our menu are rehydrated.’