Magistrate who dated court clerk 45 years younger than him claims her $180,000 super 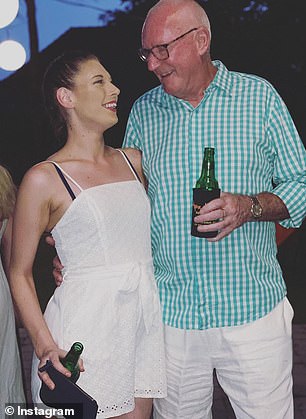 The ex-lover of court clerk Ashleigh Petrie, 23, has slammed her highly-paid former fiancé for claiming her $180,000 super fund and leaving her struggling mother with nothing.

Ms Petrie died when she was hit by a car late at night in October 2019, following weeks of intense media scrutiny after details were revealed of her relationship with Victorian magistrate Rodney Higgins, who was 45 years older than her.

Details of their controversial relationship were played out on social media with the couple posting happy pics, including a trip to Fiji where Ms Petrie got engaged to the grandfather of eight just days before her sudden death.

After Ms Petrie’s death, Mr Higgins moved back to the riverside home in Shepparton he shared with his former partner, Lurline Le Neuf, to resume their 18-year relationship.

It has now been revealed by The Age that Mr Higgins, who earns $324,000 a year as a magistrate in Bendigo, Victoria, has successfully claimed Ms Petrie’s $180,000 superannuation death benefit at the expense of her grieving mother – who was reportedly nominated by her daughter to be her super and life insurance beneficiary. 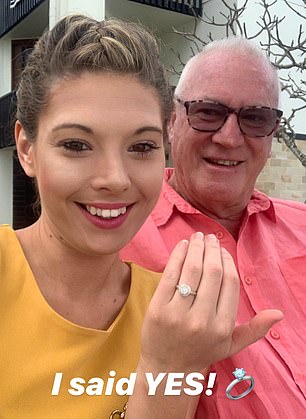 Victorian magistrate Rod Higgins has claimed the $180,000 super fund of his former fiancee Ashleigh Petrie (together, above). The 23-year-old died eight days after the pair became engaged (right) after weeks of scrutiny about their controversial relationship

‘Here’s a guy earning a hell of a lot of money and is about to retire on a huge pension,’ said Mr Gowty, who runs a picture framing business in Shepparton.

‘And you’ve got a grieving mother with very little. I don’t know what to say. I don’t think it’s the right thing. It’s horrendous to see. It just keeps going.

‘I know her mother very well and she’s a grieving mother. I’ve maintained a close relationship with the mother and brother since.

‘Every time something like this happens, it just brings up a whole heap of old wounds.’

Her mother’s lawyer, Kimble Stynes, told 7News the grieving mum is ‘horrified’ by the news. 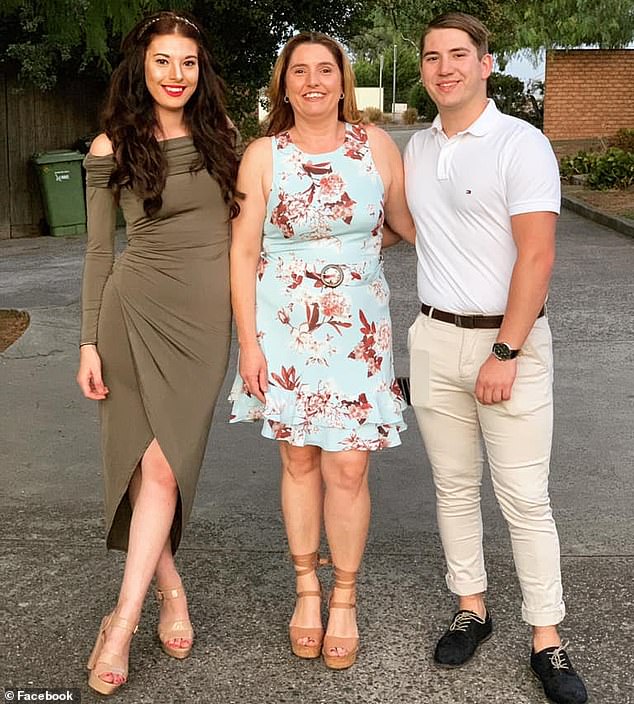 Ashleigh Petrie bequeathed her superannuation death benefits to her mother, Tina Trallon (pictured here with Ashleigh and her brother Brett) but the super fund judged Rod Higgins to be her dependent de facto 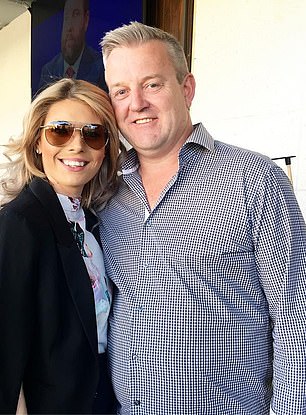 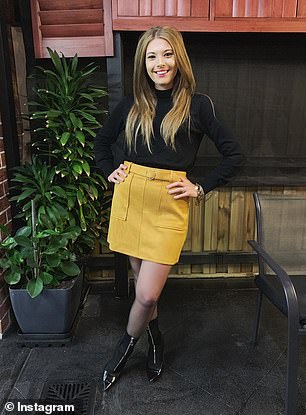 Stuart Gowty, 50, (pictured  with Ashleigh Petrie) who dated Ms Petrie for five years, has spoken of his disgust at Mr Higgins, who earns $324,000 a year as a magistrate in Bendigo. Ms Petrie lived with Mr Higgins for four months before her sudden death.

Mr Higgins and Ms Petrie had been a couple for seven months and lived together for around 12 weeks at the time of her tragic death in Metung, East Gippsland.

Although Ms Petrie’s mother was reportedly her super and life insurance beneficiary, fund management at Rest Super ruled the couple had lived together long enough for Mr Higgins to be her de facto partner and claim the death benefit.

During a 15-month-long legal fight to lay claim to the cash, Mr Higgins was said to have been aggrieved that Ms Petrie’s mother had not shared her daughter’s ashes with him.

But Mr Gowty told Daily Mail Australia: ‘This is a guy who moved back in with his partner… and on the day he moved back in, he allegedly threw everything of Ashleigh’s out in the bin.’ 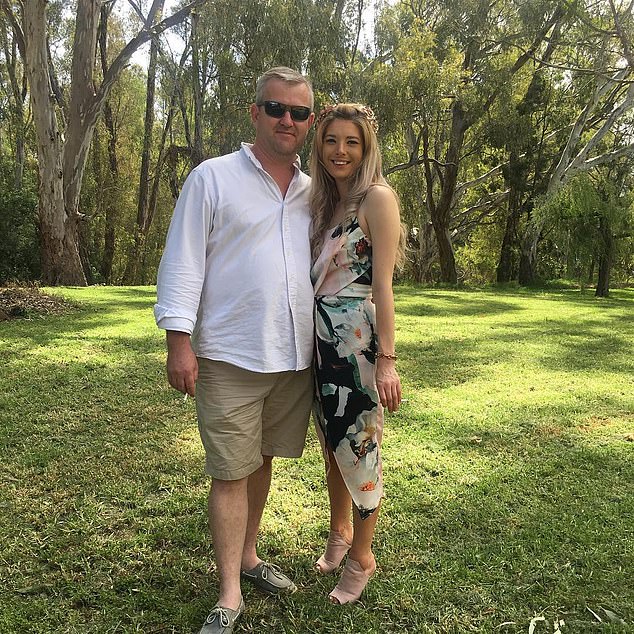 Stuart Gowty (pictured) started the relationship with Ms Petrie after the pair worked together while she was still a teenager, and he lived next door to Mr Higgins and Ms Le Neuf

Mr Gowty started his relationship with Ms Petrie after the pair worked together while she was still a teenager, and he lived next door to Mr Higgins and Ms Le Neuf.

But their relationship broke down and Ms Petrie began to date his elderly neighbour, Mr Higgins.

‘I knew something was wrong, but I didn’t realise it was him,’ Mr Gowty told Daily Mail Australia.

The pair split when she told him about the relationship and they stopped talking to each other the day before the first news story about her relationship with Mr Higgins appeared late in 2019.

On the day Ms Petrie died, Mr Gowty first found out from Mr Higgins’ former partner and Mr Gowty had to break the news to her mother. 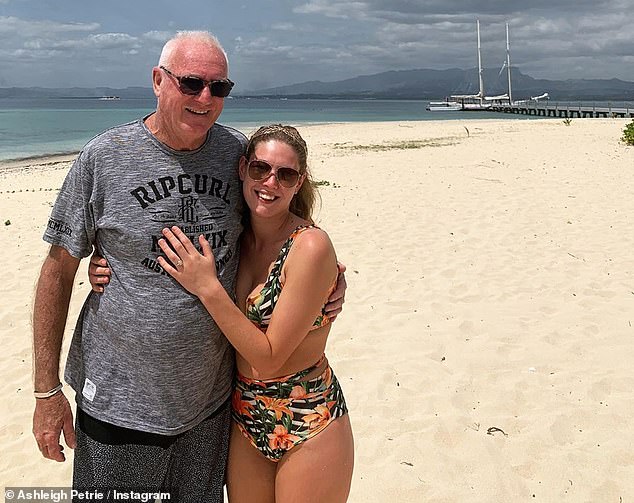 Details of the controversial relationship were played out on social media with the couple posting happy pics, including a trip to Fiji where Ms Petrie got engaged to the grandfather of eight just days before her death 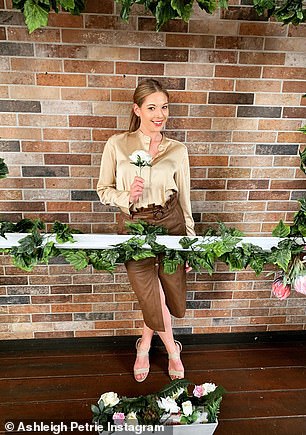 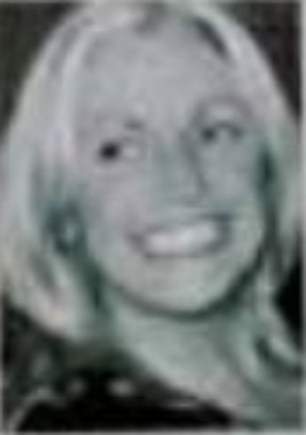 On the day Ashleigh Petrie (pictured) died, Mr Gowty first found out from Mr Higgins’ former partner and had to break the news to her mother. Magistrate Rodney Higgins has now resumed his 18-year relationship with his retired former partner, Lurline Le Neuf (pictured)

‘I actually found out before the family did,’ he said.

‘I was the one that made the phone call to the mother.

‘I can’t tell you what Ashleigh was thinking. You can ask 100 people and you’ll get 100 different answers. No-one knows.

‘I wasn’t with her when it happened. I just don’t know.’

Mr Higgins and Ms Le Neuf still live in Shepparton despite Mr Higgins being shunned by many in the town in the wake of Ms Petrie’s death.

‘Initially, there was certainly a backlash against him,’ Mr Gowty said.

‘They weren’t getting invited to all the parties around town, let’s just say that.’

Mr Gowty is no longer a neighbour with the couple because of tension over the love-split but had to endure the awkward situation for 18 months because of Covid lockdowns.

‘The situation was the main reason,’ he added.

‘I only recently moved out last month.

‘I tried to move earlier but the Covid thing hit and places weren’t available and it all got dragged out, so I’ve only just been able to move.’

A spokesman for the AFCA told Daily Mail Australia they could not comment on individual cases.

But their website says: ‘Under its Rules, AFCA must do what is fair in all the circumstances.

‘We first try to help the parties resolve a complaint through negotiation or conciliation. Next, AFCA can provide a preliminary assessment about the merits of a complaint.

‘If there is still no resolution, the final step is for AFCA to make a binding decision.’

For confidential support in Australia call the Lifeline 24-hour crisis support on 13 11 14. 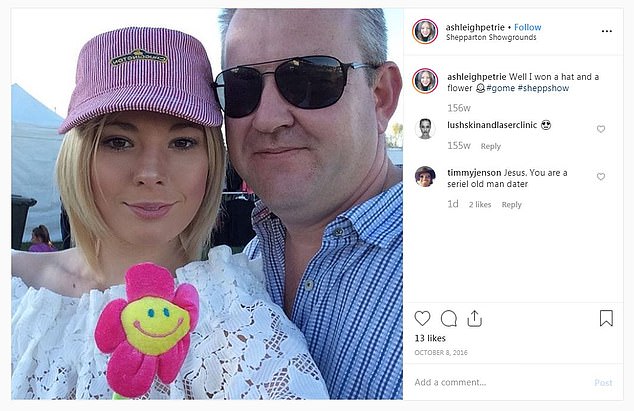