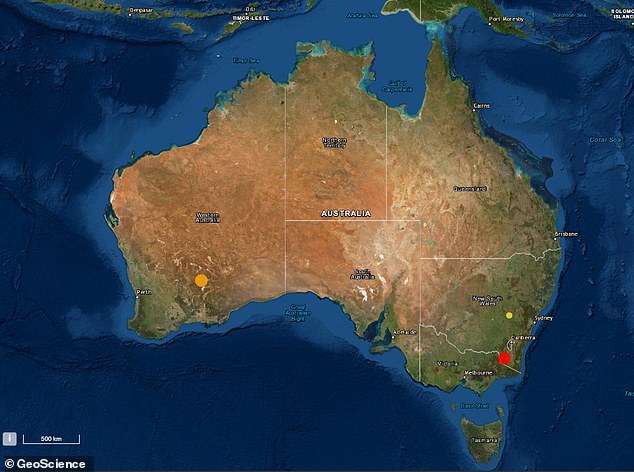 ‘The house felt like it lifted’: Magnitude 3.2 earthquake rocks the NSW Snowy Mountains – with locals hearing a huge ‘blast’

A magnitude 3.2 earthquakes has rocked the NSW Snowy Mountains as locals report hearing a ‘loud bang’ before it felt like their homes were being lifted off the ground.

The quake hit around 19km south of Jindabyne about 10.15am on Wednesday, at a depth of 10km, with the tremors picked up in seismic stations in Sydney, Tasmania, and as far as central South Australia.

A Moonbah resident, who lives around 10km from the epicentre, said it ‘sounded like a bomb going off’.

One person, in Dalgety, about 30km away, told the European-Mediterranean Seismological Centre they experienced a ‘tremor then boom and [the] house felt like it lifted’.

A magnitude 3.2 earthquakes has rocked the NSW Snowy Mountains (pictured) 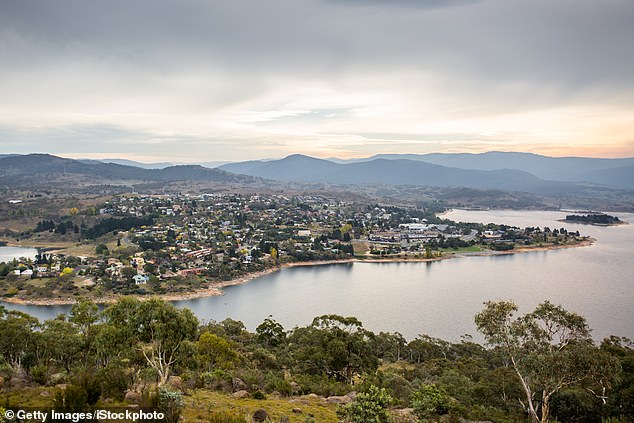 Meanwhile, a Jindabyne resident said they heard a thunderous sound before the ground rumbled beneath their home.

‘Huge thunder-like noise then a rolling shake like a domino effect one side of the house to the other,’ they told Volcano Discovery.

Another local said it was like a ‘short sharp shock, more like an explosion’ that sent their windows rattling, while someone else said it ‘sounded like my house was going to fall down on my head’.

One man wrote on Twitter said the earth tremor made his dogs start barking. 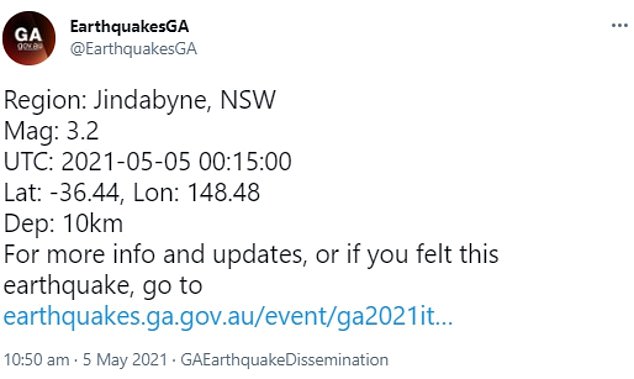 The quake struck 19km south of Jindaybyne about 10.15am on Wednesday, at a depth of 10km

There have been no reports of any injuries or property damage.

The event comes hours after a 3.2 magnitude earthquake was registered in Kalgoorlie, Western Australia.

The quake struck about 3.15pm with locals reporting their homes objects shaking out of their kitchen cupboards, and children at a local primary school screaming in fear amid the tremors.