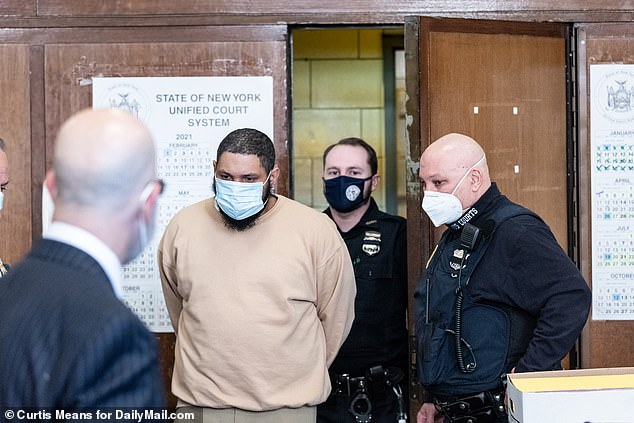 A man who allegedly beat four sleeping homeless men to death in Manhattan’s Chinatown in 2019 appeared in court Tuesday for a hearing to determine whether he is mentally competent to stand trial.

Randy Rodriguez Santos, 27, was arrested on October 5, 2019 when police found him walking near Canal Street, carrying a piece of metal pipe. Police say he’d used the weapon to bludgeon four homeless men to death in a rampage across Chinatown that lasted just minutes.

On Tuesday, Manhattan Supreme Court heard that Santos, who has a history of violence and a lengthy arrest record, that evaluations conducted by the state determined he is mentally fit to stand trial.

However, Judge Ward granted a request by Santos’ attorneys to conduct their own evaluation of their client’s mental state.

Randy Santos, 27, appears in Manhattan Supreme Court on March 30 on charges related to the 2019 killing of four homeless people in lower Manhattan 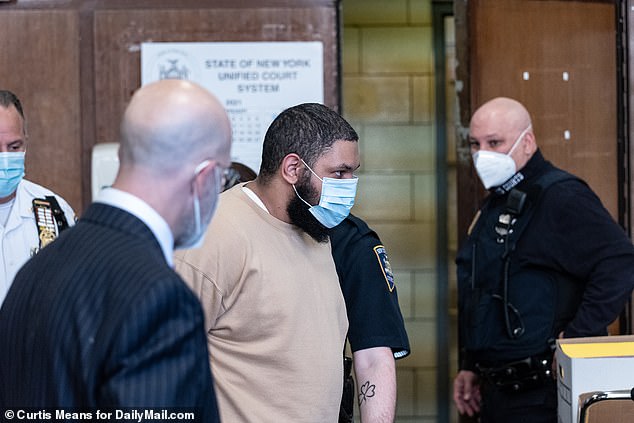 Santos was charged with four counts of murder, one count of attempted murder and unlawful possession of marijuana when he was arrested in October 2019 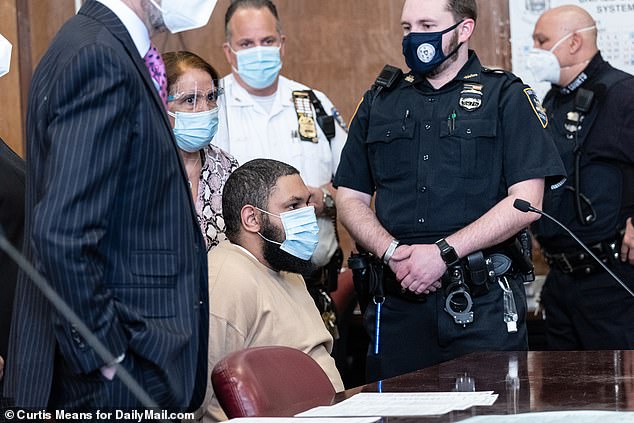 On Tuesday, Manhattan Supreme Court heard that Santos, who has a history of violence and a lengthy arrest record, that evaluations conducted by the state determined he is mentally fit to stand trial

The case is due back in court on April 29, Santos’ lawyer Arnold J. Levine confirmed to DailyMail.com.

The case had been delayed for almost a year due to the Covid-19 pandemic.

Santos, who also homeless at the time of the murders, was charged with four counts of murder, one count of attempted murder and unlawful possession of marijuana when he was arrested, NBC News reported.

He was evaluated at Bellevue Hospital before he was charged, according to law enforcement sources who spoke with NBC.

The facts of the case laid out during the hearing from court records included details about the victims and where and how they died.

The first victim of one of the fatal attacks was found in front of a building on East Broadway at about 1:30am on October 5, 2019.

Authorities alleged that minutes later Santos attacked three other men in front of a pharmacy several doors away from the first attack, killing two of the three victims. 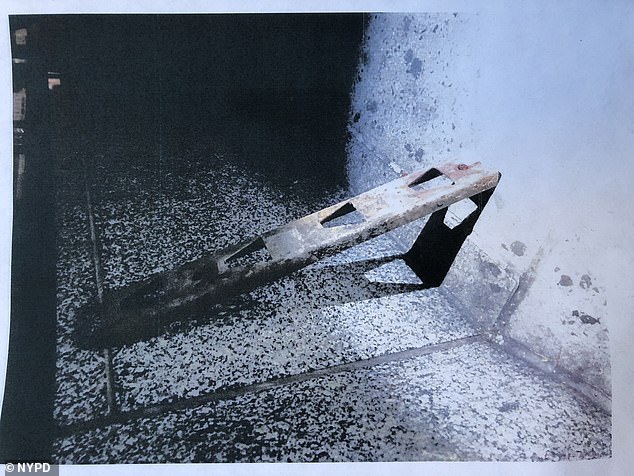 New York City Police Department detectives from the 5th Precinct provided a photograph of the piece of metal believed to be the murder weapon allegedly used by suspect Randy Rodriguez Santos in the beating deaths of four homeless men in Manhattan’s Chinatown on October 5, 2019 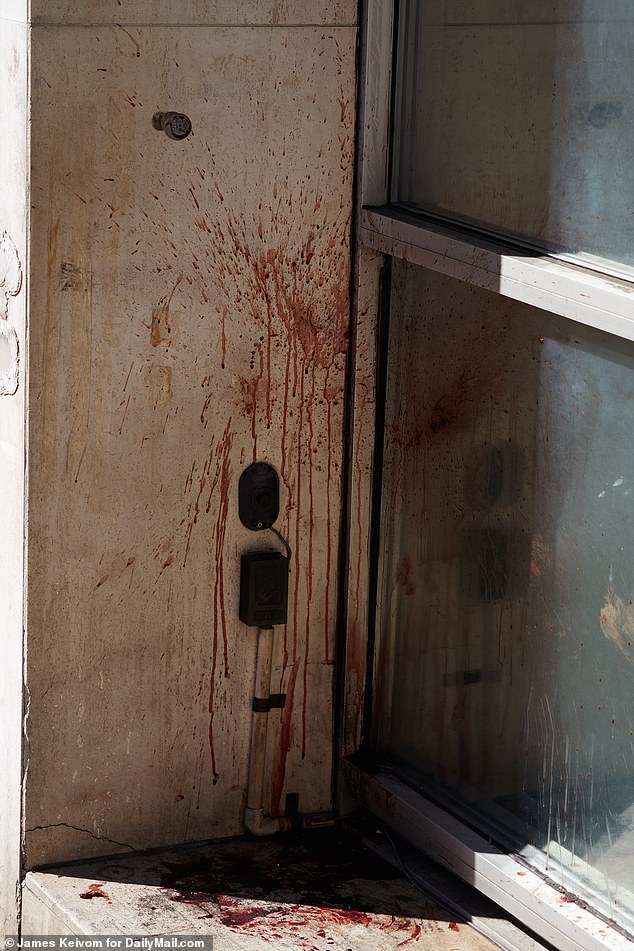 Crime scene at 2 Bowery on Saturday, October 5, 2019 in New York, after four homeless were randomly battered to death in their sleep 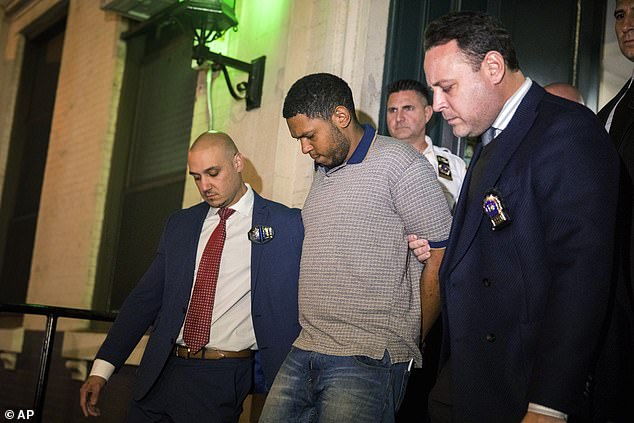 Police officers escort Randy Rodriguez Santos from the 5th Precinct to a vehicle bound for a hospital for evidence collection, Oct. 5, 2019 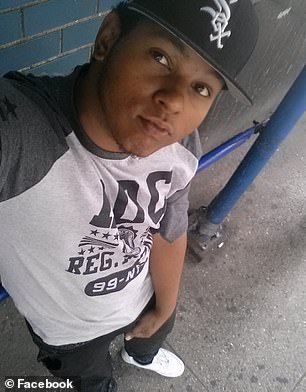 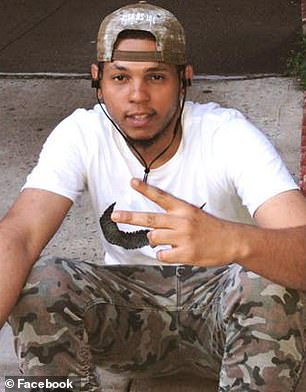 Santos, 27, was also believed to be homeless at the time of the killings in October 2019

Santos was still carrying the metal pipe that police allege he used to bludgeon the victims.

Police told the New York Post that Santos, who was believed to be homeless, had 14 past arrests, four of which occurred within the 12 months prior to his arrest connected to the killings.

Reports at the time said the first two male victims were found suffering from head injuries. One man was pronounced dead at the scene of one of the attacks. A 49-year-old man was taken to a hospital in critical condition. 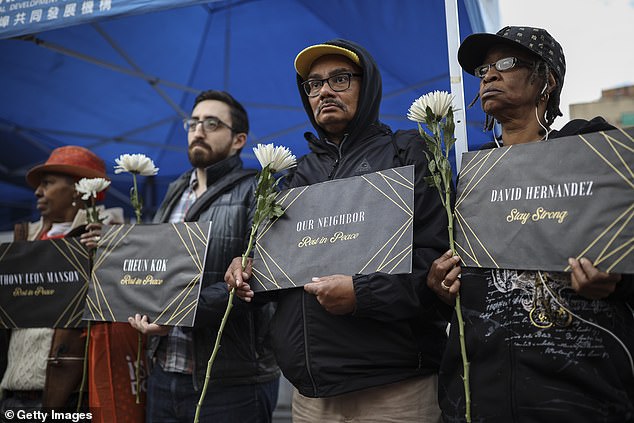 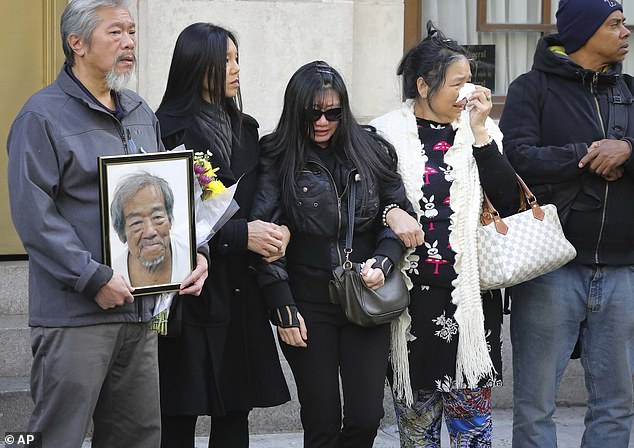 Mourners gather after a funeral service for Chuen Kok at the Ng Fook Funeral Home on October 18, 2019, in New York City. Kok, an 83-year-old homeless man whom Chinatown residents warmly greeted as “uncle,” was one of the four men bludgeoned to death in a series of crimes allegedly committed by Randy Rodriguez Santos