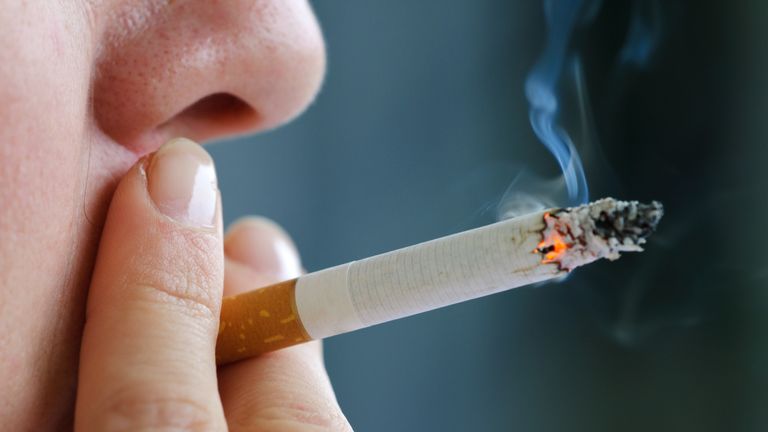 Menthol cigarettes could be banned across the United States.

For decades, campaigners have said they entice younger age groups to light up and produce a disproportionate health burden in black communities.

They account for more than a third of market share in America, with particularly high take-up among young people, African Americans, and other racial and ethnic groups.

A year after the Food and Drug Administration (FDA) suggested the idea, it has now issued a formal proposal, which also includes flavoured cigars.

In 2019, there were more than 18.5m menthol cigarette smokers aged 12 and older across the US.

Modelling has predicted a 15% reduction in smoking within 40 years if such cigarettes are banned, the FDA said.

That is already the case in many states including California and Massachusetts.

“Today is a huge win for equity, justice, and public health concerns,” Derrick Johnson, president of NAACP, the largest US civil rights organization, said in a statement.

Menthol cigarettes were banned in the UK in 2020.

British America Tobacco said evidence from other markets where similar bans have been imposed, including Canada and the EU, show little impact on overall cigarette consumption.

Altria Group, one of the world’s largest producers of tobacco products, said a ban could push menthol cigarettes into unregulated and criminal markets.

Members of the public can submit comments for two months, beginning on 5 May, after which the FDA will review the responses and decide whether to issue a final ruling.