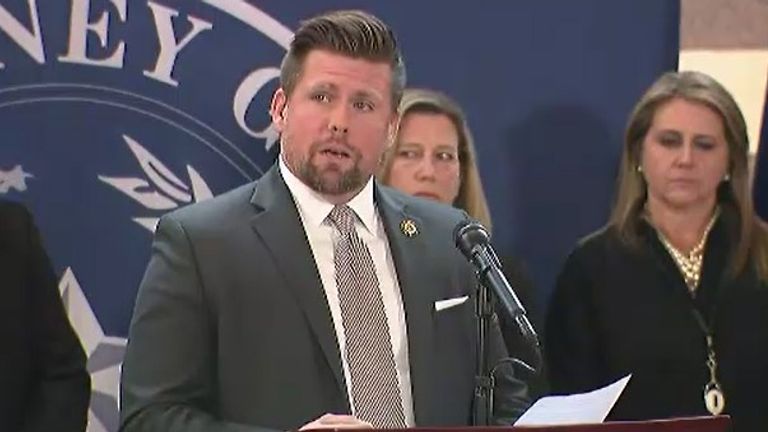 A woman who went missing as a baby after her parents were found murdered in a Texas wood in 1981 has been found more than 40 years later.

The couple were discovered among trees in Houston but back then, their identities could not be uncovered.

Decades later, with the help of an organisation called Identifinders International who carried out genetic testing, experts were able to name them as Tina and Harold Clouse and determine that they were from Florida.

But they also discovered the couple had a child called Holly, who had not been found with them.

Brent Webster, first assistant attorney general for Texas, said: “They were a young couple and when we learned they had an infant daughter… the search for baby Holly began.”

And on Thursday, the Texas Attorney General’s Cold Case and Missing Persons Unit announced she had been tracked down.

Mr Webster said it turned out she had been left at a church in Arizona by “two women who identified themselves as members of a nomadic religious group”.

He went on: “They were wearing white robes and were barefoot. They indicated the beliefs of their religion included the separation of male and female members, practicing vegetarian habits and not using or wearing leather goods.”

After they left Holly in the care of the church, she had eventually been taken in and raised by a family.

Mr Webster added: “Out of respect for Holly and her family, we won’t have any further comments or details regarding that.

“The family that raised Holly are not suspects in this case.”

Texas attorney general Ken Paxton said he was “extremely proud of the exceptional work” carried out by the newly-formed Cold Case and Missing Persons Unit.

The now 42-year-old currently lives in Oklahoma with her five children and has been reconnected with her extended biological family.

Sherry Linn Green, Holly’s newly-discovered aunt, said that after being reunited, she had dreamt about her sister (Holly’s mother): “I believe Tina’s finally resting in peace knowing Holly is reuniting with her family.

“I personally am so relieved to know Holly is alive and well and was well cared for, but also torn up by it all. That baby was her life.”

Donna Casasanta, Holly’s grandmother, thanked investigators, saying: “I prayed for them day after day and that they would find Holly and she would be alright.

“We will be forever grateful.”

Mr Webster said: “We wish Holly the best. We’re grateful that we found her. But we must continue with our purpose of finding who murdered this couple.”