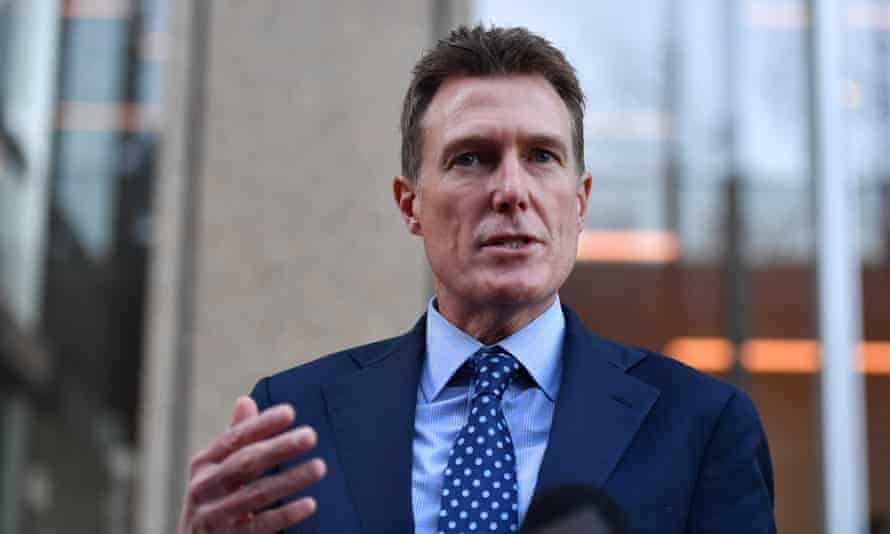 Good morning. How is Melbourne’s aged cared sector again facing a Covid outbreak? That’s the question many are asking as the number of cases continues to rise in Victoria, despite the lockdown. If the winter blues are starting to settle in, we’ve got news on the season’s forecast and some warm grub recipes as we officially enter winter.

A woman whose parents died in Melbourne’s aged care Covid outbreak last year has slammed the failure to prevent a repeat as “unbelievable”. The Melbourne outbreak has again exposed the failure to fully protect the sector, despite federal promises aged care workers would be vaccinated by March. Covid has infected staff who were working across multiple aged care homes, a practice experts and unions have repeatedly warned against. “For once I would like one of these politicians to stand up and honestly answer questions about what the fuck they’ve been doing these past few months. Why aren’t they being more proactive? Because lives are now at risk here,” says Liz Beardon who lost both parents last August. The chief executive of a national chain of care homes has described the federal government’s attempts to vaccinate staff as a “dog’s breakfast” and a “shitfight”.

Meanwhile the operator of a Melbourne aged care facility where two staff members and a resident have tested positive to Covid lost the consent form of a resident who wanted to be vaccinated. Earlier this year Nataša Ciabatti provided consent for her 87-year-old grandmother to be vaccinated at Arcare Maidstone. When Ciabatti sought confirmation, the manager replied that she hadn’t been vaccinated, because she had not consented – despite acknowledging she had consented only three weeks earlier.

Naomi Osaka has announced her withdrawal from the French Open, the day after the world No 2 was fined $15,000 for refusing to attend press conferences. Osaka had stated her intention to skip her media obligations during Roland-Garros because of the effects of her interactions with the press on her mental health. “I think the best thing for the tournament, the other players and my wellbeing is that I withdraw so that everyone can get back to focusing on the tennis going on in Paris,” Osaka said in a statement posted on Twitter.

Christian Porter has dropped his defamation case against the ABC, but has described the outcome as a “humiliation” for the public broadcaster, despite failing to secure an apology or retraction.

This winter is forecast to be warmer and wetter in many parts of the country, according to the Bureau of Meteorology’s annual winter outlook. It predicts higher than average minimum temperatures across Australia, and more winter rainfall than usual across northern and eastern Australia.

Laptop manufacturer Acer has said the worldwide global chip shortage will continue to have a “severe” impact on its production capabilities. Device prices may rise, as Acer’s chief operating officer says that on any given day the firm can only fill half of worldwide demand.

The far-right Israeli politician Naftali Bennett will be the country’s next prime minister under a proposed power-sharing deal intended to oust Benjamin Netanyahu, the head of the opposition has confirmed.

China has announced that couples will be permitted to have up to three children after recent data showed a dramatic decline in births.

Tens of thousands of British nationals in four EU member states have yet to apply for post-Brexit residence, meaning they risk losing the right to live and work there. Meanwhile France, Italy and Germany are each trying to reach bilateral post-Brexit agreements with the UK after Britain said it was not interested in closer security and foreign policy cooperation with the EU.

More than a third of all heat-related deaths around the world between 1991 and 2018 can be attributed to human-induced global heating, research has found. This data suggests the health effects of rapid warming are already being felt even at these relatively early stages of potential catastrophic changes in climate.

On Sunday, as part of the Sydney Opera House’s UnWrapped series, a group of dancers “remixed” Shakespeare’s Romeo and Juliet by way of an Australian storytelling technology, Omelia. A product built to shuffle characters and events and generate narrative possibilities in real time, dancers using it brought a new version of the classic tragedy to life. The “remix” was interactive: audience members were sent to a website where they could restructure the play with the touch of a button while on stage narrators and dancers ran through numerous renditions of the story. The irony is that the night’s most compelling questions return us to Shakespeare’s original iteration. How many changes would be required before we’d say that the story is no longer Shakespeare’s?

Australia’s private sector is feeling optimistic. But whether that optimism will hold if the lockdowns, border closures and vaccination rollout concerns continue is yet to be seen writes Greg Jericho. “This week’s lockdown in Victoria demonstrates just how quickly out-of-date economic data can become. On Wednesday the latest GDP figures will be released showing a relatively rosy picture while at the same time many thousands of workers and hundreds of businesses in Victoria will be suffering because the federal government has effectively declared the pandemic is over.”

This winter may be forecast to be warmer than average, but that doesn’t mean you should forego some warm winter grub. Yotam Ottolenghi has shared 10 recipes for an Australian winter, celebrating the best of Australia’s seasonal produce – from Hass avocados to peas and scallops. Yum.

When do the objects we love become a health hazard? In this recording of Guardian Australia’s monthly book club, author Emily Maguire discusses family, hoarding and her latest novel, Love Objects, with features editor Lucy Clark.

Full Story is Guardian Australia’s daily news podcast. Subscribe for free on Apple Podcasts, Spotify or any other podcasting app.

The 2021 State of Origin opener will be played in Townsville after the Covid-19 outbreak in Melbourne forced the match to be moved from the MCG. Queensland Country Bank Stadium will host the game on 9 June. The Australian Rugby League Commission and the Victorian government on Monday approved the relocation of the game, nine days out from the series opener.

Journalist Rupert Guinness has set off on a remarkable endurance ride to raise awareness about mental health and wellbeing. Guinness’s plan is to ride from Darwin to Hobart – a 4,900km route. “If you do 20 hours at 20km/h, that’s 400km a day and you’ll finish in 12 days,” Guinness says. “But that’s just mathematics. I never liked maths and I don’t think I’ll like this maths. 20km/h does not sound very fast, but when you have the accumulated mental and physical fatigue, the weather, the things that go right and wrong, it can be a lot harder than you expect.”

As Melbourne braces for a potential lockdown extension, an increasing number of vaccine hubs in the state are offering Pfizer vaccinations to walk-in under 50s, according to the Age. The Sydney Morning Herald says aged care workers will be stood down if they’re not vaccinated against Covid. Brisbane airport’s international terminal will be moved to a new joint domestic-international terminal from 2032, report the Brisbane Times.

A busy day in politics with Senate estimates continuing, Victoria’s budget estimates, and the federal government will face more questions on its aged care Covid response in question time.

If you would like to receive the Guardian Australia morning mail to your email inbox every weekday, sign up here.

If you have any questions or comments about any of our newsletters please email [email protected].

COVID-19: Coronavirus variants given new names by the WHO under new system – here’s the full list | World News