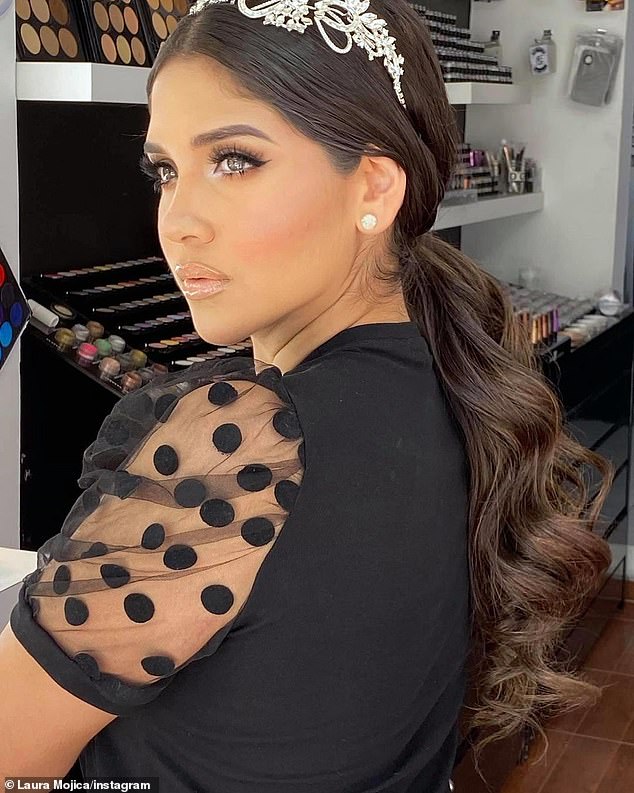 The mother of a Mexican beauty queen is claiming that her daughter is the ‘victim of a crime that was fabricated’ after she was arrested for allegedly being part of a kidnapping gang.

‘The injustice that they are doing to my daughter makes me feel afraid, since my daughter was the victim of a crime that was fabricated,’ María del Carmen Romero told El Piñero. She is a woman [from Oaxaca and Veracruz] who has dedicated herself over the years to putting her mind and heart in the name of her state … I would like my daughter’s name to be cleared because she is innocent.’

Romero’s daughter, Laura Mojica, is facing a 50-year sentence, if convicted, for the charges that have been filed against her and seven other suspects, including a former government official and an ex-cop.

The 25-year-old, who won the Miss Oaxaca 2018 beauty pageant contest, was arrested with four of the suspects on a highway in the Gulf state of Veracruz on January 15.

Laura Mojica, a Mexican model crowned Miss Oaxaca 2018, is still in custody following a January 15 arrest for her alleged role in an abduction that took place in Xalapa, Veracruz. Authorities accuse her of being part of a kidnapping gang, but her mother recently told El Piñero that the allegations have been ‘fabricated’ 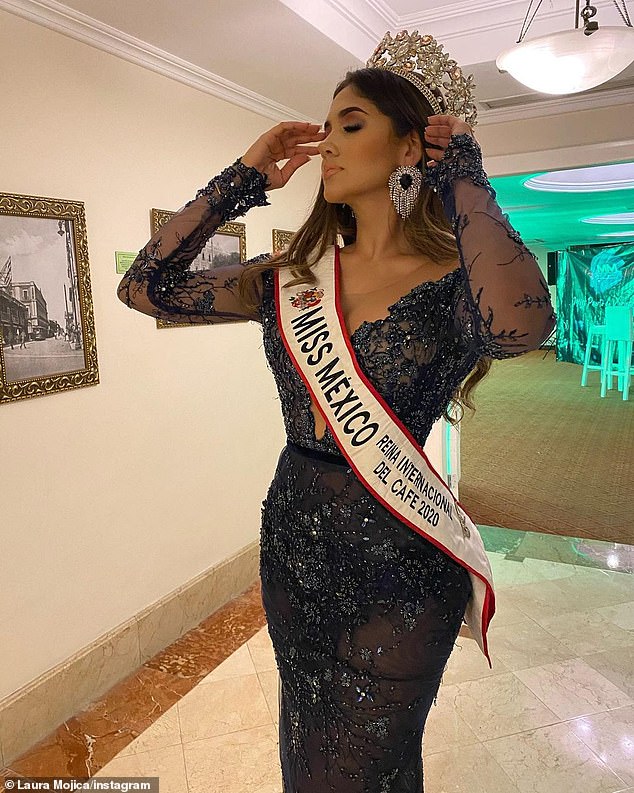 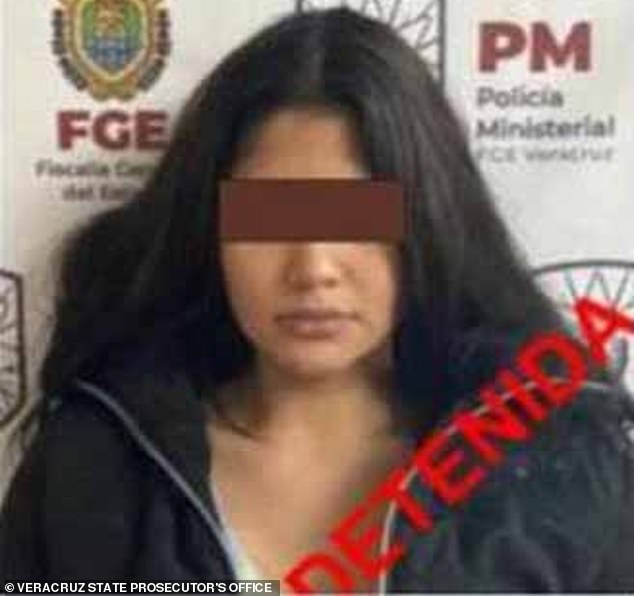 Mojica, authorities allege, played a role in a kidnapping that took place in the Veracruz capital of Xalapa.

However, Romero said that her daughter’s lawyers have provided phone records that prove she was nowhere near the scene of the alleged abduction of a victim who she says is a male.

As part of the investigation, Mojica and the other suspects were ordered held without bail for two months by a judge on Sunday. 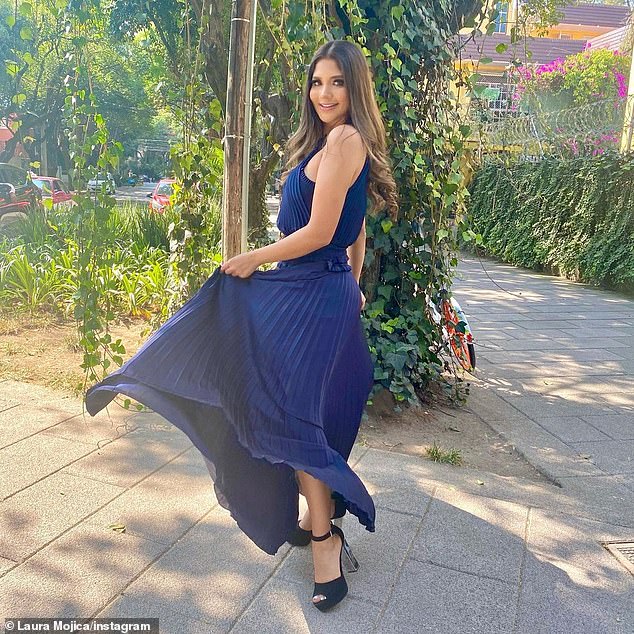 Laura Mojica is being held without bail under orders from a Veracruz, Mexico, judge as part of the investigation of her alleged role with a kidnapping gang 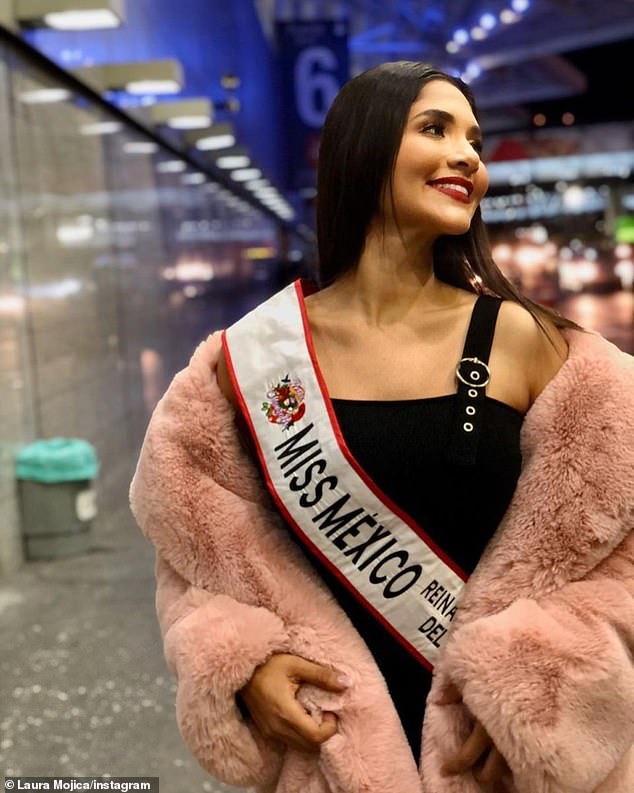 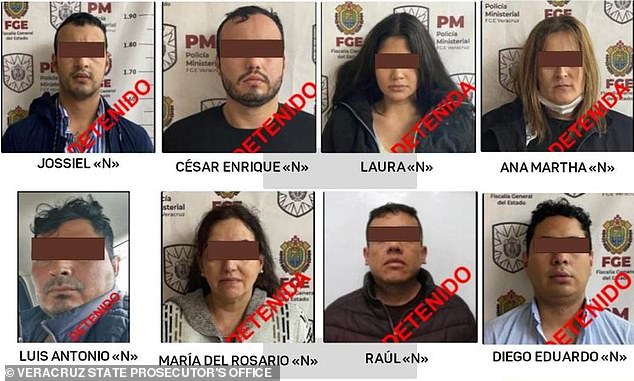 The eight suspects could each be sentenced to up to 50 years in prison if Mexican authorities convict them on kidnapping charges. The group reportedly operated in the Gulf state of Veracruz

Mojica, a native of the Oaxaca municipality of San Juan Bautista Tuxtepec, placed third in the Miss Mexico 2019 contest.

The Mexican model was the runner-up at the 2020 International Queen of Coffee beauty pageant in Colombia.

Romero, one of three women and five men arrested, was identified only by her first name in a statement released by investigators.

She was described as one of ‘eight alleged members of a criminal organization specializing in kidnap’ in the statement. Prosecutors said an elite anti-kidnap unit had acted to ensure there was ‘no truce for people who cause serious harm to Veracruz.’

Mexican news outlet Proceso identified María del Rosario ‘N’ as a former councilwoman who also worked for the treasury department in the Veracruz city of Tematlán. She is the mother of Jossiel y Cesar Enrique Escobar.

Raúl ‘N’ was once assigned to the Tematlán police department.

‘I don’t recognize any one of the detainees. I never saw their faces,’ Romero said. ‘I want to emphasize that my daughter deserves justice. There is no justice in the state of Veracruz. She owes nothing, she is innocent.’

Romero said Laura is being held a jail in Huatusco, Veracruz, where she and at least 100 other female prisoners are isolated from the male inmate population. 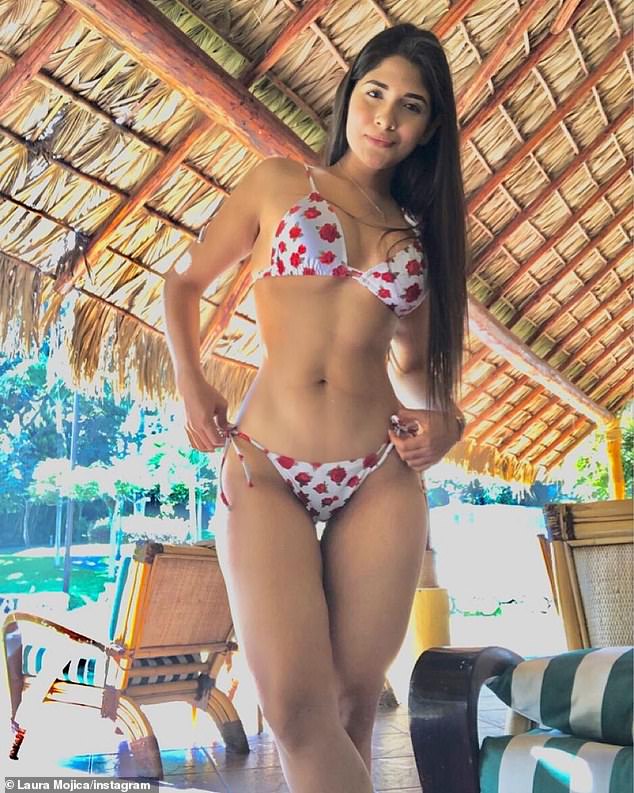 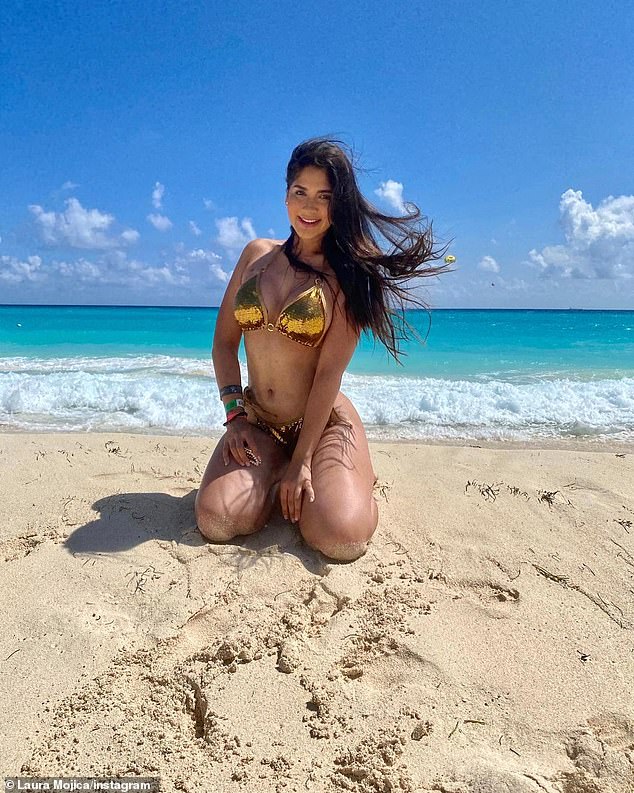 The model defined herself as ‘more than just a pretty face’ in an interview in January 2019 after her Miss Oaxaca triumph.

The business studies graduate said her priorities included tackling the problem of violence against woman, saying: ‘We can’t stand idly by, we have to eradicate violence against women, through campaigns and educational talks that make men aware of this issue.’

She was described at the time as a fluent English speaker and a spokeswoman in the fight against breast cancer and leukemia.