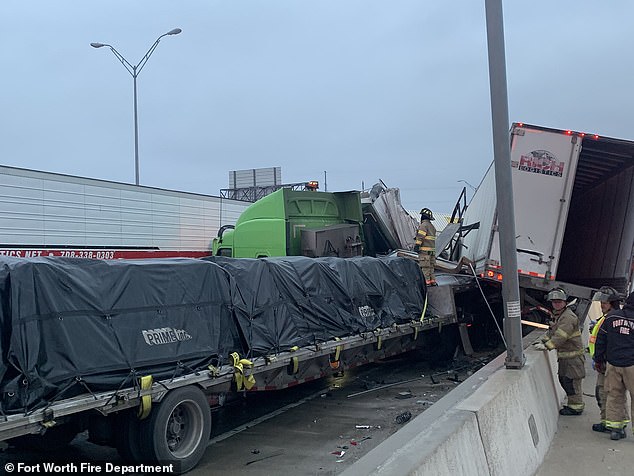 ‘Multiple’ people have been injured and are trapped in cars after a huge, 100-vehicle pile up on a Texas freeway on Thursday morning.

Firefighters are going car to car along North Freeway near Fort Worth trying to find people who urgently need to be rescued.

It’s unclear how the accident happened but it’s thought to involve as many as 100 vehicles.

The Fort Worth Fire Department tweeted about it at around 8am.

They shared a photo of fire fighters trying to gain access to people trapped inside a cargo truck which had smashed into another vehicle.

This is the only image from the accident so far. The fire department tweeted it on Thursday while firefighters went from car to car trying to rescue people trapped inside