My life in weed: from hippies and Swat teams to boardrooms and trade mags | Oregon 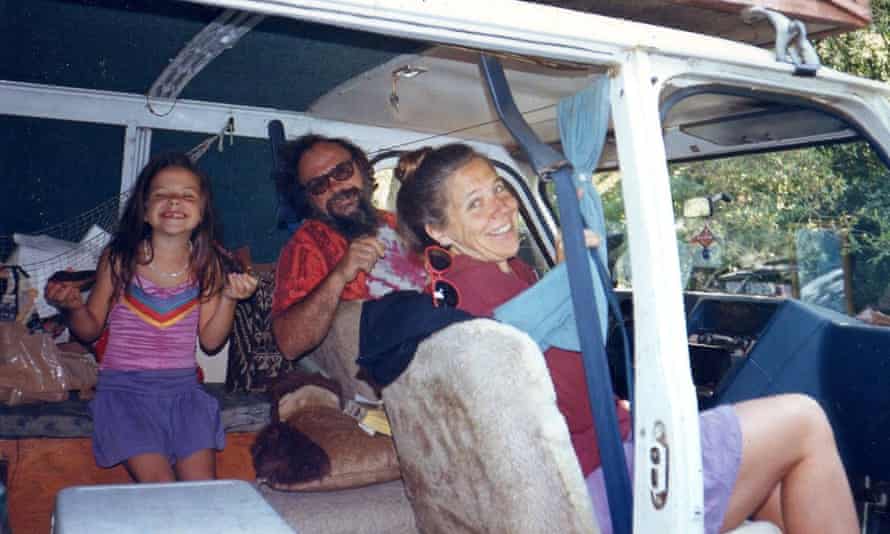 In the beginning, there was weed. My dad and I would walk down the gravel road and up a path through the woods to his patch, where the plants were partially hidden by a canopy of maples. It wasn’t an ideal spot for sunlight, but it was an ideal spot for hiding. My dad would carry bags of fertilizer on foot for a mile so that our truck was never spotted in the vicinity.

In the fall my parents would harvest, and my mom would hang flat baskets in our living room to dry the pungent branches. Our house suffused with the smell of cannabis, and we’d sit in front of our little black-and-white television and snip the branches into salable pounds.

At age four, I had my own tiny pair of scissors for trimming. I doubt I was much help, but I felt very important.

We lived in the Oregon Coast Range, in a wooded valley known for weed. Like most of our hippy neighbors, my parents were craftspeople who grew a crop to keep their small business afloat. Our community produced candles, wooden puzzles, goat cheese, tie-dye, woven ponchos, silver jewelry and Acapulco Gold. No one was getting rich, but growing enabled a way of life not built around the 9 to 5.

We all paid a harsh price for that freedom. Driving the product out of state for sale was a mission fraught with danger, and at home we lived in fear of police raids; daily life buzzed with a low-level paranoia that ramped up if we heard a helicopter overhead. Us kids were raised to believe that Nancy Reagan was wrong, our parents were right, weed wasn’t bad and cops were the enemy.

That latter point was hammered home at a family barbecue in 1984. My dad was grilling chicken and chatting with my grandmother while my cousins and I played tag in the yard. I was the first to spot the Swat team –uniformed men with big guns advancing up our driveway. Everything happened very quickly: they held the adults at gunpoint and ransacked the house. As they handcuffed my dad, my cousin Jose started screaming hysterically because he thought they were actually cutting off Steve’s hands.

After that, my fear of the police metastasized and I didn’t have any desire to be involved in the illicit industry. I resisted the lure of “easy money” until 2008, when the economy tanked. My husband was laid off, and I simultaneously lost a lucrative writing job. When a friend offered us temporary work at his cannabis farm in Humboldt county, we packed our battered Honda and headed south.

I landed in the Emerald Triangle at the apex of the green rush. The vague wording of California’s 1996 medical cannabis law had given growers a measure of protection from the police, and the later passage of the cheekily named Senate Bill 420, which lowered the penalty for selling weed from a felony to a misdemeanor, encouraged further expansion. Once a haven of old hippies, Humboldt began attracting another breed of growers who were in it to go big and get rich. Rural communities grew into boom towns, the big illegal grows sucked streams dry, and fertilizer runoff caused algae blooms in the Eel River.

From the get-go, the place was a shock to me. My childhood among family-oriented Oregon growers did nothing to prepare me for the flagrant lawlessness of Humboldt. I wasn’t prepared for the garbage bags of money, the pot plants the size of sheds – or the guns.

The night we arrived it was pouring buckets, turning the rutted mountain roads into slicks of red mud. Outdoor growers live in fear of the freak rainstorms that can destroy the crop before it matures, and my friend was in a frenzy. We worked on treacherous hillsides until we were soaked to the bone, hauling and hanging plants the size of trees.

After we cut down the plants, it was our job to process the dried branches. A lot of people thought it was cool to be surrounded by so much weed, but I didn’t. I didn’t find weed romantic and I hated trimming. Resin gummed up my scissors and burnt my eyes. We couldn’t sit outside because of helicopter surveillance, so we worked in a filthy shack, 14-hour days, seven days a week. I developed carpal tunnel syndrome and an allergy that puffed up my face and impaired my vision.

We were off the grid and out of cell range. Hundreds of pounds piled up around us. It wasn’t mine, but I had no way of proving that. I had a residual fear of police raids and spent a lot of time planning escape routes. I kept my purse on me at all times in case I had to run for it.

The work was boring, but we had company – a trio of Australian DJs, a brilliant photographer, a pretentious bartender, a friend who was financing her ecotourism business. Like my parents, people were working to support some other dream. (The Pacific north-west is rich with niche restaurants, galleries and esoteric bars that wouldn’t exist without the pipeline of money that came out of the illicit cannabis market in the 1990s and 2000s.)

In its heyday, Humboldt represented the flip sides of anarchy. On one hand you had gun-toting “grow-bros” who were destroying the local ecology in the name of the bottom line, and on the other hand you had your old hippies in precious knit caps rambling about their cannabis genetics, their commitment to solar power and their vision for a self-sufficient society.

But the old hippies weren’t totally full of shit: prohibition created an outlaw world with its own systems of governance. In rural communities bereft of tax dollars, the legacy growers maintained their own roads, supported local schools and community centers, and ran their own radio station, the legendary KMUD, which broadcast reports of police activity so everyone could prepare for possible raids.

The Humboldt of my youth was a society created by the imposed condition of prohibition and embodied both the joy and the darkness of life outside the law. On a good day, those mountains could feel like Utopia. Weed wasn’t the only thing that grew well. The gardens yielded giant tomatoes, skeins of nasturtium, sunflowers waving at blue California skies. On Sundays, we’d ride ATVs over to a hidden valley where work crews congregated to play twilight volleyball and pass the world’s finest joints. Everyone was a self-proclaimed artist, and the culture had an air of creative largesse.

In California, growers feared legalization more than they feared the cops. They said if weed went legal, everyone would be smoking Philip Morris joints they bought at 7-11 and we’d all be out of a job. Their fears were founded.

California voters finally bit the bullet and legalized cannabis in 2016. I was one of the lucky ones. Weed money had bought me time to build my writing career. When trimming was no longer lucrative, I could afford to put down my scissors for good. My days of cold sweats and paranoia were behind me.

I thought my weed days were over too, but a seemingly innocent assignment for a grow magazine led to another, and one day I woke up a cannabis writer. Today I’m the editor of MJ Brand Insights, “a news and intel site for cannabis industry professionals”. I have healthcare, I spend my day in Zoom meetings and my salary exceeds what I made in the illicit market.

As I study corporate acquisitions and write about cannabis-infused seltzer, I’ve learned that the old growers were right about a number of things: Altria, the parent company of Philip Morris, has indeed invested in cannabis. And the exacting permitting process made it impossible for most of the original growers to adapt their farms to the legal market. The people who developed the genetics that made north-western weed the best on earth were cut out of the business – as were the communities of color that had been hardest hit by the war on drugs.

Despite these very serious flaws, I don’t mourn the old days. The illicit industry may have had an outlaw romance, but a lot of people were just in it for the money at any cost. I appreciate the protection of labor and environmental laws. I no longer have to worry about dealing with pesticide-covered weed or working until my hands feel like they’re going to fall off. Or Swat teams.

When I accepted my current job, I worried that I’d spend my days interviewing corporate schmucks. But I was surprised to discover that the legal industry is more interesting than the illicit industry. For every corporate bro, there’s five people who are here because they’re civil liberties warriors or true believers in the medicinal power of cannabis. They’re here because they have a passion for it.

I may write about strawberry-flavored joints, but I also get to write about the people who are creating legislation that will make the industry more inclusive and expunge the records of people like my dad.

He died in 1999 and sometimes I wonder what he’d think if he could see me now.

In his honor, I grow a couple of plants every year – flagrantly out in the open in the garden of our family homestead. Last fall I was late to a virtual meeting about an upcoming trade show because I’d been busy rescuing the crop, which had been hit hard by an early rain. I explained this to my boss, who was totally understanding. And I got a shot of sheer delight at how the world is changing.

A Cuba Without a Castro? A Country Steps Into the Unknown.