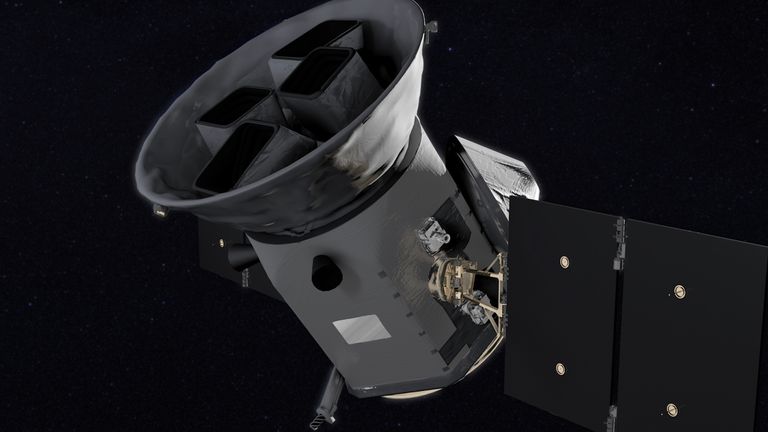 While the object is probably a binary star system, according to a study published in The Astronomical Journal, scientists are baffled by the quantity of dust it is emitting.

Unlike dusty comets, which should quickly disintegrate, the object has remained intact while shedding an enormous amount of matter.

How was it discovered?

Images of the object were captured by NASA’s planet-hunting spacecraft, the Transiting Exoplanet Survey Satellite (TESS) which launched in 2018.

To date TESS has discovered 172 planets outside of our solar system and put together a list of more than 4,700 candidates.

It has also found more than a billion objects that are placed in the TESS Input Catalogue (TIC), which follow-up studies have identified as a range of astronomical objects and events.

Now, Dr Karen Collins, an astronomer at the Harvard-Smithsonian Centre for Astrophysics, has uncovered another TIC given the number 400799224.

Dr Collins and her colleagues said the unusual TIC was spotted “serendipitously” when it rapidly dropped in brightness – by nearly 25% in just a few hours.

So what is it?

The astronomers think it is a binary star system in which one of the stars pulsates with a 19.77-day period, probably caused by an orbiting body that periodically emits clouds of dust.

But the nature of the orbiting body is “puzzling” because of the sheer amount of dust that is being emitted.

If it came from a disintegrating object, like the asteroid Ceres in our own solar system, then it would only survive for about eight thousand years.

But over the six years that the object has been observed, the amount of dust and the regularity of it being shed appears to have remained.

The team is going to continue monitoring the object and attempting to incorporate historical observations to determine its variations in past decades.

Leftists Are Ascendant in Latin America as Key Elections Loom