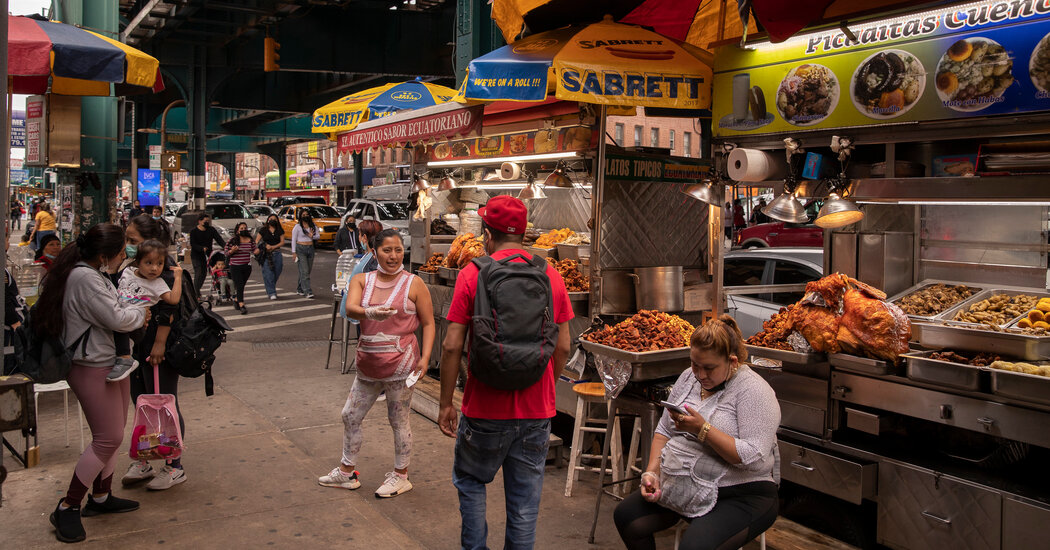 The highly contagious Delta variant has gained ground in New York City in recent weeks, though overall case counts remain low, according to a recent analysis by the city’s Health Department.

Since mid-June, there has been a steady daily average of about 200 new Covid-19 cases detected in New York City, the lowest since the early days of the pandemic and an indication that there is relatively little virus circulating there.

“The stability in terms of the daily numbers of cases is quite reassuring,” said Dr. Wafaa El-Sadr, an epidemiology professor at Columbia University’s Mailman School of Public Health.

The city’s daily Covid deaths are usually in the single digits now, and the number of new hospitalizations has been relatively steady for a couple of weeks — about 171 Covid patients were in area hospitals at the start of July.

In England, where the Delta variant now accounts for most cases, epidemiological data released on Thursday showed that it was not driving any surge in the rate of hospitalizations.

Dr. Torian Easterling, the first deputy commissioner of the New York City Department of Health and Mental Hygiene, said that “young adults” made up most of the new cases involving the Delta variant.

For now, Delta’s growing presence has not prompted any dramatic shifts in Covid-19 guidance from City Hall, and more and more people are shedding their masks.

The variant was first identified in India and is now causing a new surge of cases in many places around the world, including a handful of places in the United States. It was detected in New York in March. At that point, the city’s vaccination campaign was gaining momentum, but the long second wave that began last fall had yet to recede. Research shows that a full regimen of the vaccines in use in New York offer a high degree of protection against the Delta variant.

By the end of May, the city’s genome sequencing program suggested that the Delta variant made up about 8 percent of overall new cases in the city, even as case counts were plummeting. New data released on Thursday, based on genome sequencing of just 54 case samples, suggested that by mid-June, Delta could have accounted for 44.4 percent of new cases. (The data is reflected in a chart near the bottom of this page on the Department of Health’s website.)

Public health experts have said Delta’s gains should motivate New Yorkers to get vaccinated. About 49 percent of the city’s population has not been fully vaccinated — about four million people, including children not yet eligible.

And vaccination rates are uneven across the city, leaving pockets at risk. Vaccinations are lagging generally among Black New Yorkers, and, geographically, in northern Manhattan, the Bronx, and parts of Brooklyn and Queens.

“We need to always emphasize the fact that even though the percentage of Delta cases is going up, the total number of people getting Covid continues to go down and the vaccines continue to be very effective,” Dr. Jay Varma, a senior adviser for public health to Mayor Bill de Blasio, said at a news conference earlier this week.