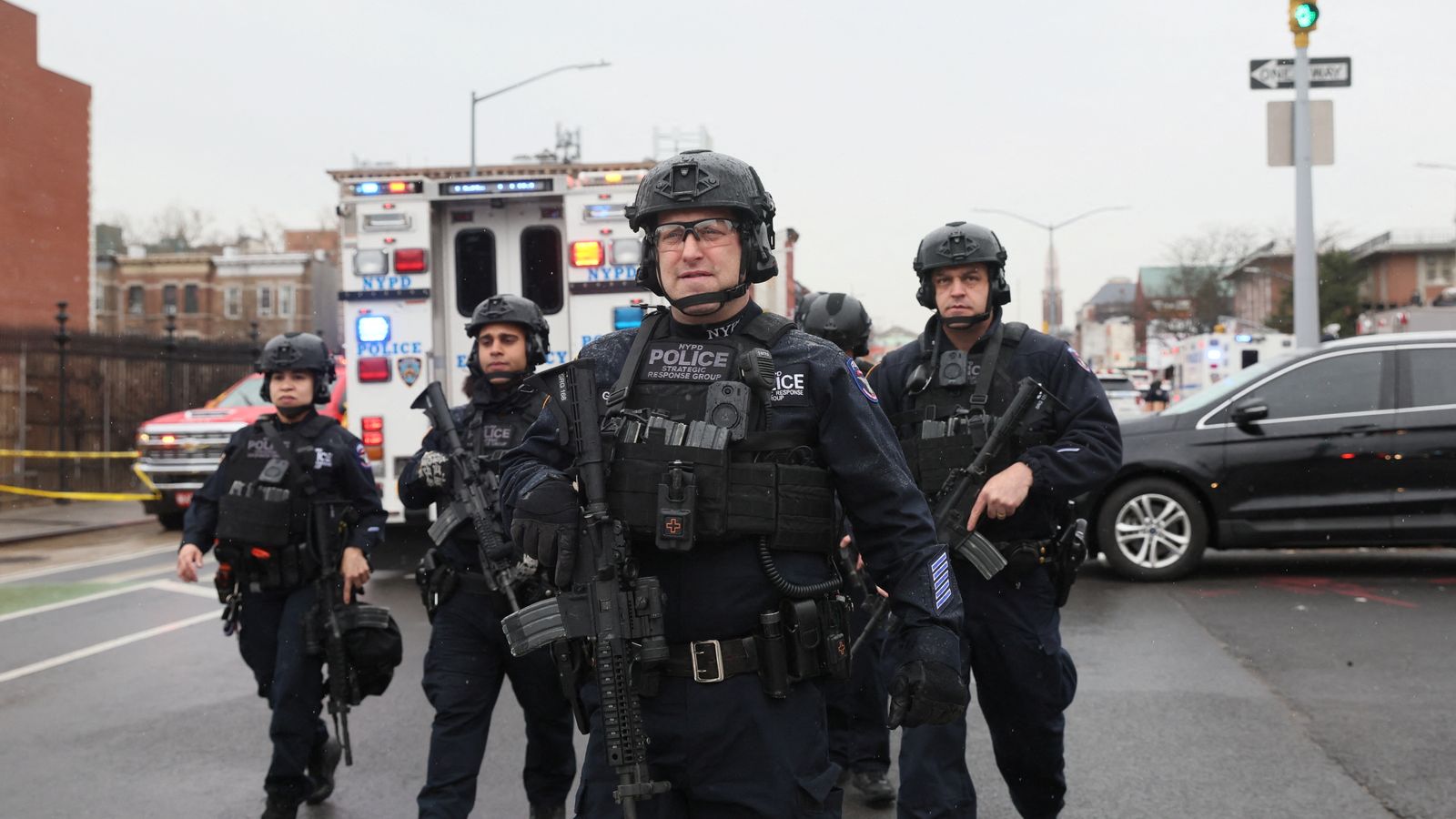 Fire personnel responding to reports of smoke at the 36th Street station in the Sunset Park in Brooklyn found multiple people shot and undetonated devices.

A photo from the scene showed people tending to bloodied passengers lying on the floor of the station.

A man was spotted throwing a device in the Brooklyn subway station and then opened fire, law enforcement sources told NBC New York.

It is understood that preliminary information indicates a suspect was dressed in construction gear.

New York City police said they were responding to reports of people wounded either by gunfire or an explosion.

It added that emergency vehicles and delays were expected in the area.