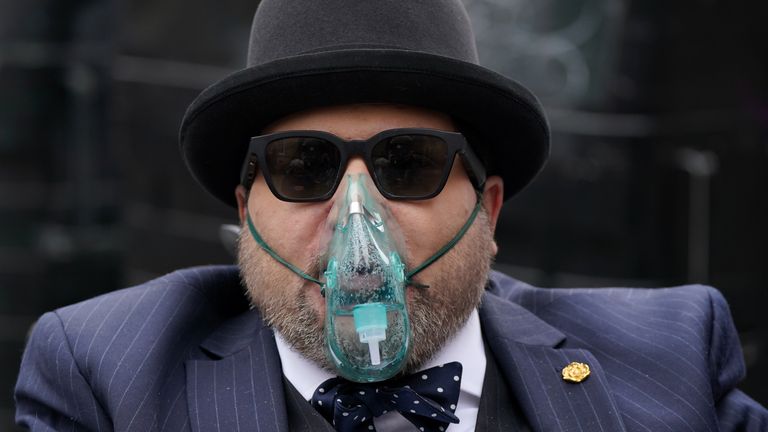 An extradition hearing over a man accused of being a US fugitive who faked his death to avoid sex charges has been delayed again.

The man claims to be Arthur Knight, 34, a victim of mistaken identity who has never been to America.

US authorities say he is Nicholas Rossi, who is wanted in connection with the rape of a 21-year-old in Utah in 2008.

He’s also alleged to have attacked women in Ohio, Massachusetts and Rhode Island.

He was arrested at a Glasgow hospital in January after seeking treatment for COVID.

Utah prosecutors claim he has been hiding in Scotland and “attempted to lead investigators and state legislators in other states to believe that he was deceased”.

At a court hearing in Edinburgh over his extradition, he wore an oxygen mask and arrived in a wheelchair.

He replied “no, I am not” when asked if he was Nicholas Rossi. His solicitor, Becky Houston, told the court she was representing “Mr Knight”.

The court heard his identity remained in dispute.

Ms Houston asked for the full extradition hearing, scheduled for 5 May, to be “discharged” and Sheriff Norman McFadyen agreed to hold a preliminary hearing on that date instead.

The full extradition hearing is now scheduled for 9 June, with the man’s bail conditions going on until then.

He was arrested a second time when he missed an initial extradition hearing in January and then failed to appear with a lawyer at an earlier court date in April.

Mikhail Vasenkov Dies at 79; His Spy Ring Inspired ‘The Americans’