Nicholas Rossi: US fugitive who faked his own death arrested at Glasgow hospital after catching COVID | US News 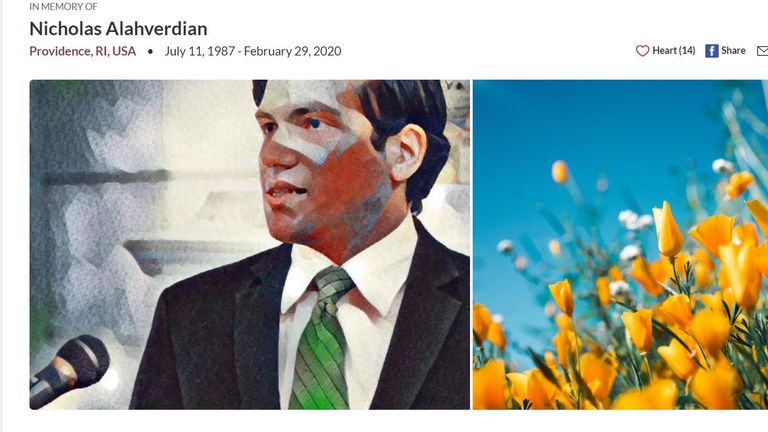 An American man who faked his death to evade sexual assault charges has been arrested at a hospital in Scotland where he was being treated for COVID.

The 34-year-old was arrested using another alias, Arthur Knight, at a hospital in Glasgow and is being watched by police, Utah officials said.

It is understood he was being treated at Queen Elizabeth University Hospital in the city in December and had needed to be intubated due to the severity of his illness.

Utah County Attorney David O Leavitt admitted that if Rossi had not contracted coronavirus and required medical care, he would probably still be living “off the grid”.

“It’s a lot more difficult than people imagine,” Mr Leavitt said. “People may not know where you are, but with social media, the world is small enough that if anyone sees a picture of you… if you’re going to be off the grid, you better stay in your house and never leave, because someone is going to see you.”

Rossi “fled the country to avoid prosecution” and “attempted to lead investigators and state legislators in other states to believe that he was deceased”, Utah prosecutors said in a statement.

Various news outlets in 2020 cited memorial website EverLoved.com in reporting that Nicholas Alahverdian had died on 29 February from non-Hodgkin lymphoma.

The site said his body was cremated, and his ashes scattered at sea.

“Mr Rossi was discovered to be living under an assumed name in Scotland,” the Utah County Attorney’s Office said.

“He has been taken into custody and the Utah County Attorney’s Office is working with federal and international agencies to extradite Mr Rossi back to Utah.”

Rossi has been charged with one count of alleged rape, in the attack on a 21-year-old woman on 13 September 2008, according to a prosecution statement.