Nine board at war over departure of CEO Hugh Marks 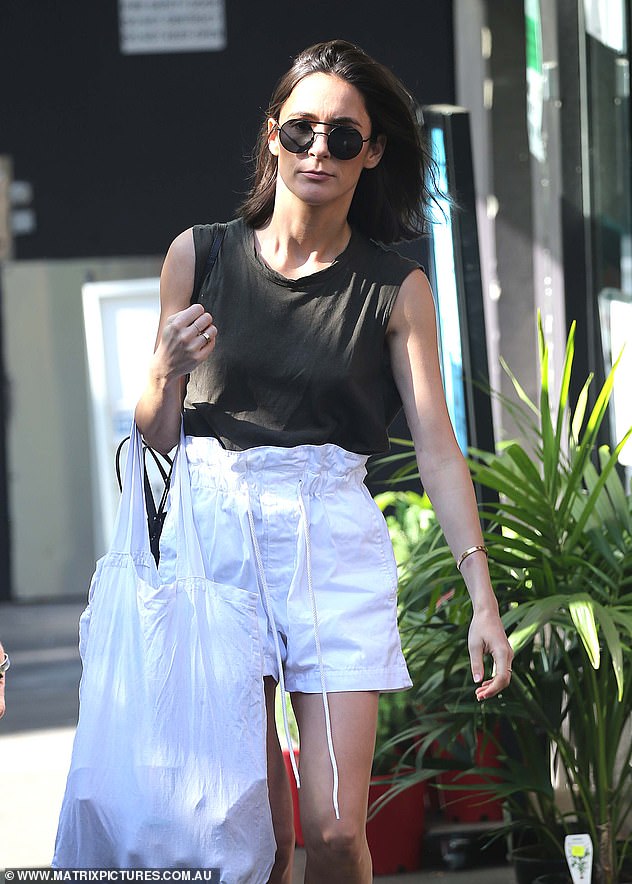 The Channel Nine board is reportedly seeking answers over a pay rise given to chief executive Hugh Marks’ girlfriend.

Mr Marks, 54, sensationally stepped down last Saturday hours after it emerged that he was in a relationship with former Nine executive Alexi Baker, 38.

According to insiders, board members are questioning why Ms Baker was handed a significant pay rise during her last round of contract negotiations.

Mr Marks said the pay rise predated their relationship, which is only a few months old, and he never promoted her or gave her a bonus while they were romantic.

Alexi Baker, 38, said the definitive timeline of when her and Mr Marks’ relationship started is blurry

The pair worked together for several years before coming closer together on projects this year, and eventually a romance sparked.

The pay increase to her salary came despite the newly-merged media company slashing jobs, The Daily Telegraph reported.

Ms Baker and Mr Marks both said she left the company so their relationship could progress without being an issue at work.

Nine director Nick Falloon is understood to be leading calls to determine when Mr Marks and Ms Baker began their relationship. He was on the Fairfax board before the merger. 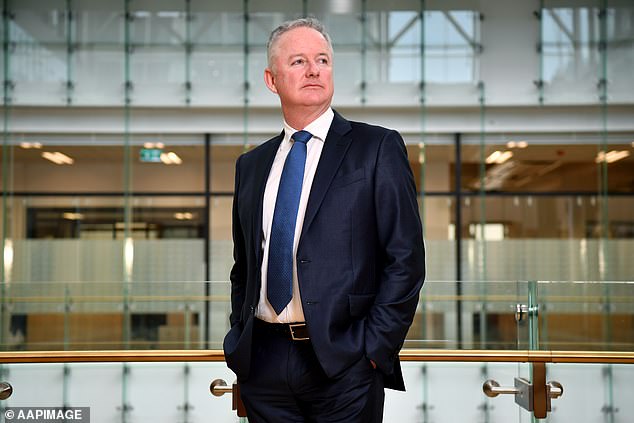 Mr Marks said the pair’s relationship started recently as they worked closer together, and Baker resigned in October so they could ‘progress’ as a couple

Following Mr Marks’ resignation last week, numerous rumours swirled about the nature of their relationship amid a reckoning over powerful men dating their employees.

But Ms Baker insisted she is ‘not a victim’ and left Nine on her own terms because she wanted a new challenge – and for their romance to flourish.

Ms Baker told The Australian the definitive timeline of when her and Mr Marks’ relationship started is blurry.

‘The reality is, particularly as you get older, spending a lot of time a work, people will meet and form relationships. That’s what happened,’ she said.

Ms Baker said her and Mr Marks grew close through cutting a number of big deals together, such as a merger with Fairfax as well as Macquarie Radio, and replacing cricket coverage for tennis.

The 38-year-old said she was ‘already looking around for the next challenge’ at the time their romance was made public and she parted ways with the company. 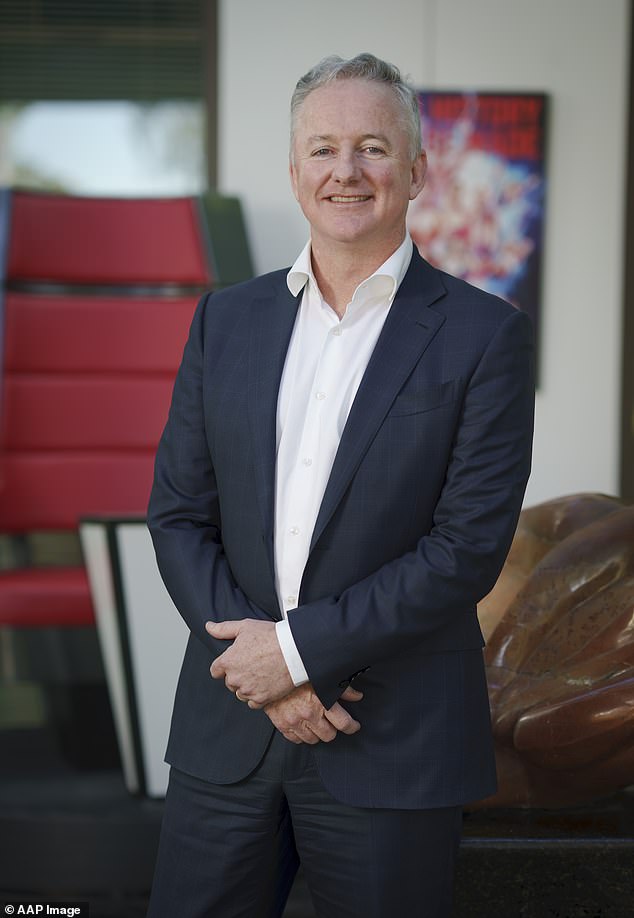 Mr Marks, who was in the top role for five years, insists he made the decision to leave on his own terms

‘And it’s not as simple for him to go because he’s got a much broader set of responsibilities, it’s not a quick and easy thing. We wanted to give the relationship some space and time, to see if it would develop. And since I was ready to quit, I quit,’ she said.

Ms Baker didn’t consider telling Nine’s board that they were in a consensual relationship and ask to stay on at the company because she was already ready to resign.

She said the stigma that boss-staffer relationships create preferential treatment and a conflict of interest only further fueled her decision to leave.

‘That is why we tried to make considered, thoughtful decisions about what to do. And, yes, I read that I had a meteoric rise. I worked there for 10 years, long hours, many weekends, and before that I was in investment banking. It didn’t feel like a meteoric rise. It felt like hard work,’ she said of her success.

Ms Baker’s short marriage to an investment banker ended about five years ago, and Mr Marks and his wife Gayle, with whom he has four children, broke up about a year ago. 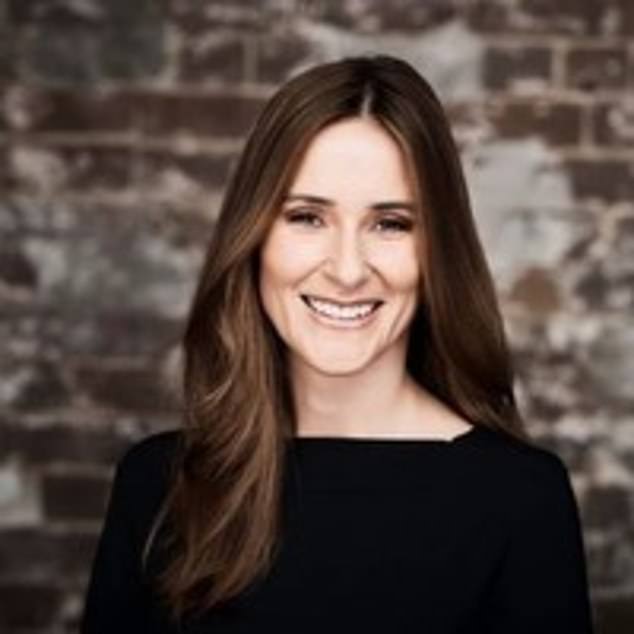 Ms Baker said she is yet to meet ‘all’ of her new boyfriend’s children, who are aged 14 and older.

Mr Marks, who was in the top role for five years, insists he made the decision to leave on his own terms.

His version of events was backed up by senior Nine sources.

‘(The board) didn’t ask for his resignation. He wasn’t asked to do anything. He resigned of his own volition. He knew there was a meeting, and said “I’ll take it into my own hands”,’ one source told the publication.

Mr Marks will stay on in the role until February as the hunt for his successor begins.

He will walk away from a potential $5 million, which was approved at Nine’s annual general meeting on Thursday.

Mr Marks was due to pocket a fixed salary of $1.55 million this financial year, and was in line for a $2.325 million bonus as well as performance rights worth $1.43 million based on current share prices.

Nine chairman and former federal treasurer Peter Costello now faces scrutiny about when and how other directors were notified of Mr Marks’ relationship with Ms Baker. 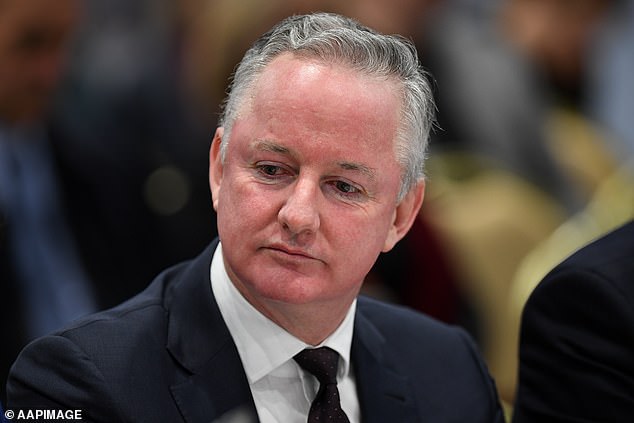 Hugh Marks became emotional while talking about his relationship, which is in its early days

Sources claimed Mr Costello knew about the relationship before the rest of the board with no mention of Marks’ impending departure at Thursday’s meeting.

Mr Marks said he decided a year ago that he would leave Nine when he reached his five-year anniversary in the top job, but hadn’t decided exactly when.

‘When it became clear this relationship was going to become a subject of ridiculous gossip and so much pressure was going to come on the people in the business I just said to myself the right thing to do at this point is to take that pressure off the business and its people,’ he told the SMH on Sunday night.

‘Was someone out to get me? I don’t know, I don’t really care. This [resignation] was a decision already in my head – not ideal that I had to pull it yesterday.’

Mr Marks said the pair’s relationship started recently as they worked closer together.

He insisted the romance was above board, despite Ms Baker reporting directly to him, and Nine confirmed it was notified of the relationship and no governance rules were breached.

WHO IS ALEXI BAKER?

Alexi Baker studied a Bachelor of Law and Bachelor of Commerce, majoring in Finance, between 2001 and 2005 at the University of NSW.

Before joining Nine, Ms Baker had worked as an analyst at Deutsche Bank and Credit Suisse.

She joined Nine in 2011 as a strategy manager.

In 2016, Ms Baker was appointed director of strategy and corporate development – a role she retained following the $4 billion merger of Fairfax and Nine.

She played important roles in the merger with Fairfax Media in July 2018, the broadcaster’s decision to switch from cricket to tennis rights in March the same year and the acquisition of the remaining stake in Macquarie Radio that Nine did not own.

She then became commercial director in February this year.

She announced her resignation in October, stating she was looking to ‘take on a new challenge’.

‘I just wanted to let you know that after much thought over the last while, I’ve decided it’s time for me to move on from Nine,’ she said in an email to her management colleagues.

‘I have so enjoyed my time at Nine and don’t do it lightly. But with the big deals done and the business in such a great position, I think it’s time for me to explore what is next in my career.’

‘I have absolutely loved working with this group of people. And especially the opportunity to work beside such incredibly creative people making content.’