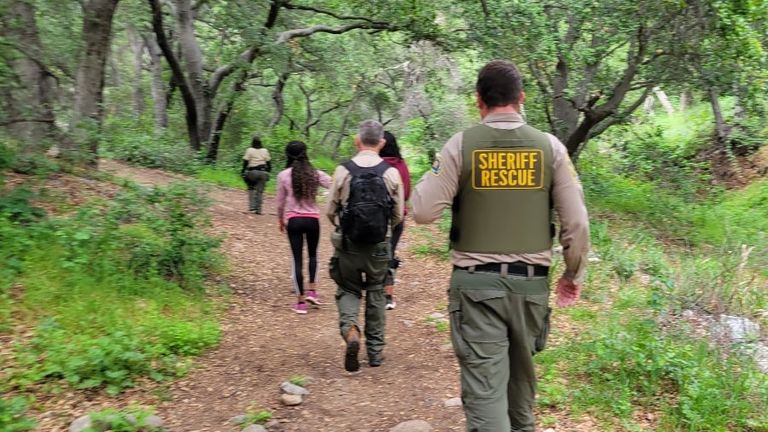 A non-verbal teenager lost in the woods managed to alert rescuers to his whereabouts by hitting rocks together.

The 16-year-old boy with developmental disabilities ran away from his mother and sister during a hike in Glendale, Los Angeles County, and disappeared.

Search and rescue teams were sent to comb the area around Crescenta Valley Park, south of Angeles National Forest, which is covered with thick brush and trees.

After six hours of searching, sheriff’s deputy Steve Goldsworthy heard the sound of rocks clinking together down a steep ravine.

Mr Goldsworthy directed a police helicopter to look into the canyon and the teenager was found sitting under an oak tree, around three miles away (4.8km) from where he first went missing.

“His mum had told me he had this affection for rocks,” Mr Goldsworthy told NBC News.

“We were hollering down in this canyon, and I heard something come back. It sounded like somebody taking two rocks and putting them together.

“He will go out of his way to kick a rock, pick up a rock, throw a rock,” Mr Goldsworthy said.

“Those were like his favourite things, so I picked up the rock and threw it down the gully, and he looked at me and he ended up giving me a fist bump.”

The teenager was treated by paramedics at the scene before being reunited with his family.

Protesters Clash With Police in Peru