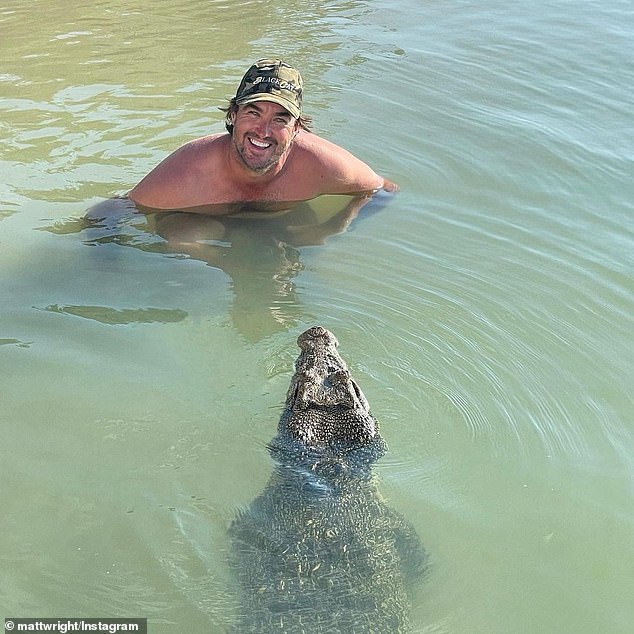 True blue Aussie croc wrangler spotted swimming with 2.5m reptile Claudia says there is a MORE dangerous predator lurking in the water – so can you spot it?

A crocodile wrangler who went swimming with one of the world’s apex predators says he is more afraid of bull sharks.

Matt Wright, who calls himself the Outback Wrangler, took a dip with 2.5 metre crocodile Claudia on June 22.

He posted a photo of his wet and wild encounter to Instagram but told the NT News the real danger was bull sharks.

Matt Wright swims with a 2.5 metre croc he rescued named Claudia, explaining his relationship with the predator allows him to be in the water with it

The beasts will eat almost anything they see, and are fast and agile attackers, making them incredibly dangerous.

Wright has been the star of the tv-show ‘Outback Wrangler’ on National Geographic since 2011.

He has been relocating wildlife that could become dangerous to humans for years, and his skills as a helicopter pilot help him reach difficult terrain.

‘To remove and relocate problem animals rather than kill them,’ he said.

Wright said he has built a close relationship with Claudia since rescuing her, and another crocodile who frequents his resort on Bathurst Island in the Northern Territory.

‘She was quite exhausted. I untangled her and sat with her in the water,’ he said. 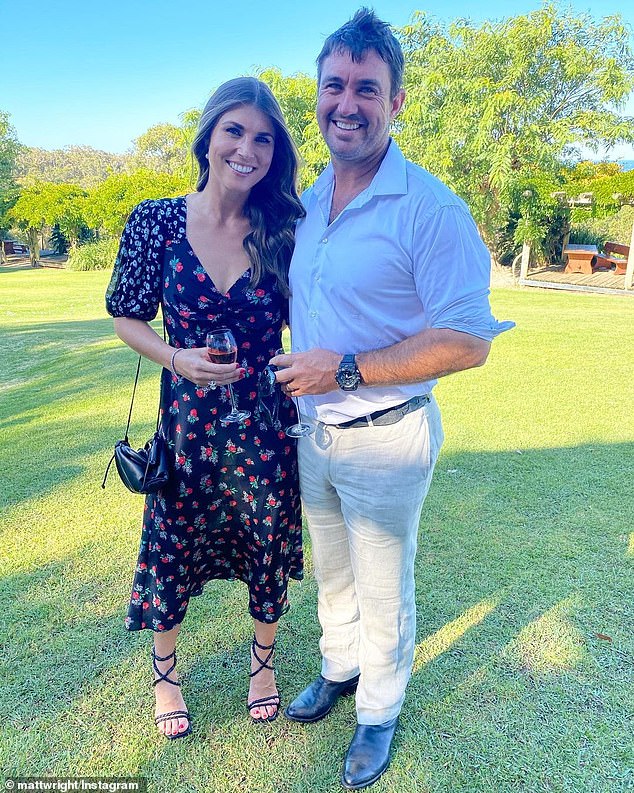 ‘She lay on the beach for a few days and I hung with her and she’s now good, she hangs around the lodge.’

The other crocodile Matt is confident to swim with is Bonecruncher, a 4 metre beast who he also rescued.

While many thrill seekers would love the experience of swimming with one of these huge prehistoric creatures, Wright said it was almost impossible.

With years of experience under his belt, he can still only swim with two crocodiles because of the special relationship he has established with the reptiles.