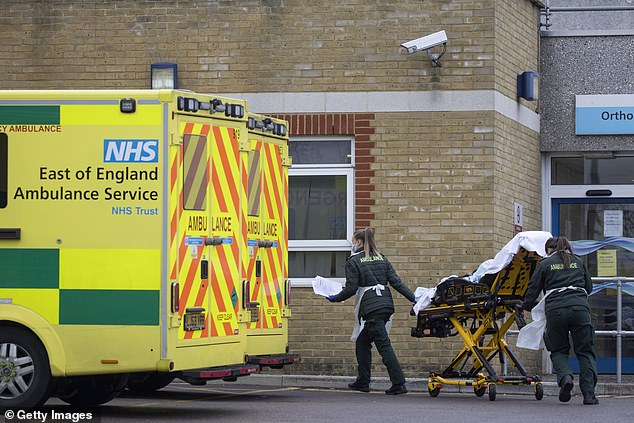 The oxygen supply at a hospital under intense strain with coronavirus patients has ‘reached a critical situation’, according to an internal document.

Bosses at Southend Hospital said there is ‘high demand for oxygen’ because of rising numbers of Covid-19 patients and they ‘are working to manage this’.

An internal memo seen by BBC Essex stated that patients’ oxygen saturation levels should be kept within a target range of 88 to 92 per cent.

Normal levels in healthy people are between 95 and 100 per cent, according to the British Lung Foundation.

A hospital in London, which hasn’t been named, nearly ran out of oxygen during the first wave because it was treating so many Covid-19 patients.

The NHS ordered its suppliers to quadruple their oxygen production back in March amid fears hospitals could run out due to spiralling admissions.

Patients arrive at Southend Hospital in Essex last Friday. The oxygen supply at the hospital, which is under intense strain with coronavirus patients, has ‘reached a critical situation’ 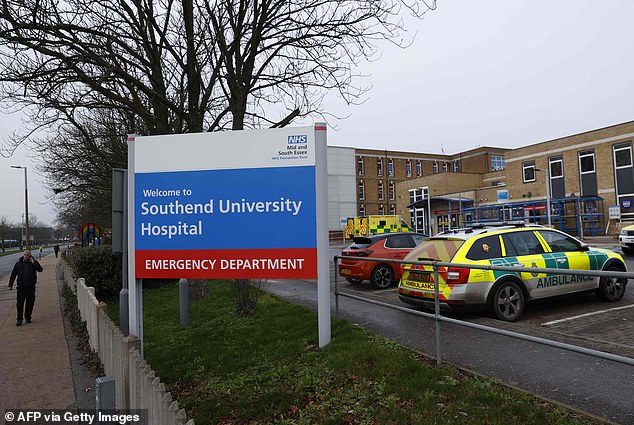 PRIVATE DOCTORS SHOULD BE ‘SHAMED’ OUT OF PERFORMING NON-URGENT OPS, NHS BOSSES CLAIM

Private doctors have been slammed for performing non-urgent operations while the NHS is under ‘unthinkable pressure’ caused by soaring Covid cases.

Medics performing elective operations privately should be ‘shamed’ out of it amid concerns they are ‘once again taking the p*** and walking off with the money’, London’s top NHS medics believe.

All of London’s acute hospital trusts have been told to ‘think very carefully’ about whether it is ‘appropriate’ to perform elective surgeries, when the same operations have been pushed back by the NHS.

A letter – signed by top medics and several of London’s hospital trusts – calls for non-urgent surgeries to be pushed back for one month to allow case figures to drop.

This means private medics will instead be able to work for the NHS to help ease the strain.

The UK announced a further 573 coronavirus deaths yesterday in the highest Sunday rise since April, and the third-deadliest Sunday of the entire pandemic.

Patients with an oxygen saturation level of more than 92 per cent ‘should have their oxygen weaned within the target range’, according to the document.

One doctor said it was a ‘bold baseline’, and another told how it was ‘pretty worrying’ while a third medic said there was no evidence it would harm patients.

Receiving oxygen could be the difference between life and death for many critically ill Covid-19 patients.

UK Research and Innovation – which funds scientific research in Britain – says it is the ‘main reason’ Britons suffering from the virus are admitted to hospital.

‘Infected and damaged lungs are less effective at allowing oxygen to pass from the environment to the bloodstream,’ they said.

‘The main reason for being admitted to hospital with Covid-19 is to receive supplemental oxygen, to increase the amount of oxygen in the lungs and blood.’

They add: ‘This will be sufficient treatment before recovery in most cases.’

South East Essex has been particularly badly hit by the new variant of Covid-19, with 480 deaths linked to the virus recorded at Southend Hospital alone.

This includes 17 Covid-related deaths at the hospital announced yesterday, which happened between the latest data period of December 26 and January 6.

It comes less than a fortnight after Essex today declared a ‘major incident’ as the number of coronavirus cases threatened to overwhelm its hospitals.

Southend Hospital was also where Dr Habib Zaidi, one of the first frontline health workers to die in the pandemic, passed away in intensive care on March 25 last year.

Hospitals staff were ordered to prepare to ventilate patients manually should their oxygen supplies run out at the start of this month.

Those working at one major London hospital were told to prepare for the ‘oxygen supply failure’ in which they could be forced to give oxygen to patients using a ‘ambu bag’ – a hand pumped plastic sphere which pushes air into the lungs.

A note circulated to staff last month read: ‘There is a very high demand for medical oxygen across the healthcare system at the moment.

‘All hospitals are closely monitoring their use to ensure that piped oxygen supplies are safely monitored.’ 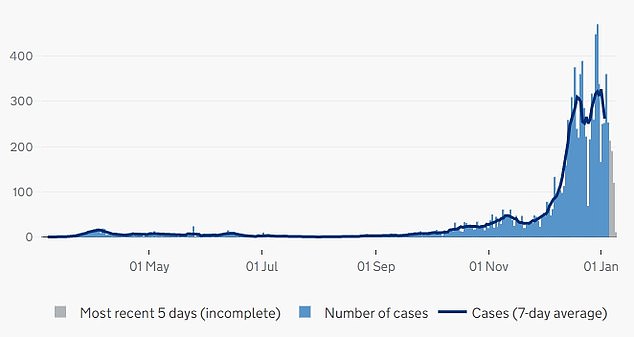 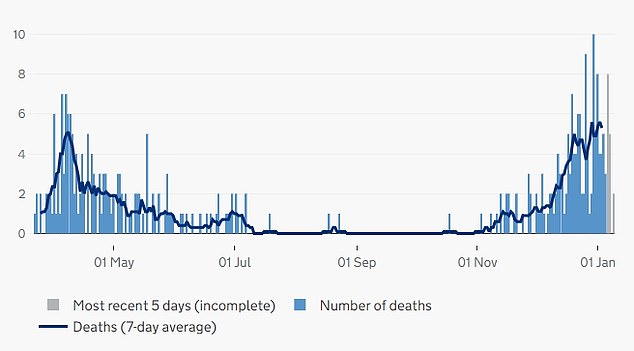 In a stark warning, it added: ‘You need to know what to do in the event of oxygen supply failure.

There are also warnings that London hospitals are ‘in competition’ for ventilators to keep their patients alive.

NHS England has insisted that it has enough oxygen to meet current demand and is working with suppliers to manage future needs.

It told them to quadruple production back in March at the start of the pandemic, amid fears they could ‘run out’ within hours if they were hit by a wave of patients.

The Government also issued a call to arms to non-healthcare manufacturers such as JCB and Rolls Royce to ask them to step in to build ventilators.

Southend Hospital has been contacted for comment by MailOnline this morning.

Buckingham Palace officials give withering dismissal of Harry and Meghan’s…

Wallabies star Tony Daly opens up on being raped a dozen…