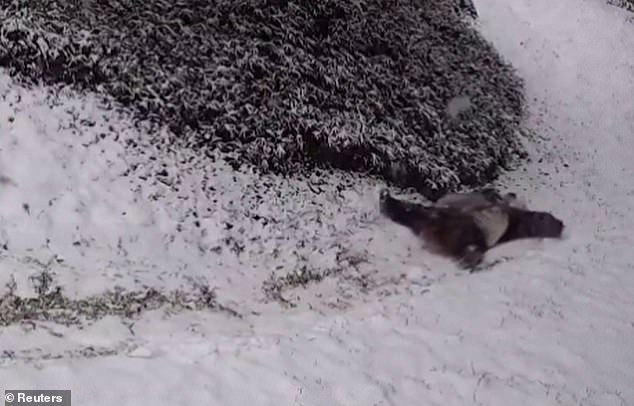 Having a (snow)ball! Playful pandas slide and somersault after snow falls at the National Zoo in adorable video

This is the comical moment a pair of giant pandas slide down a snow covered hill and raise their arms in excitement.

The pandas, who were both born in China, lie flat on their backs as they slide downhill and soak in the snow.

One of pandas lies flat on their back as they slide down a snow covered hill at Smithsonian’s National Zoo in Washington D.C

During the clip, which was shared on the zoo’s Facebook page, one of the pandas lies on their back and raises their arms in the air as they slide down the snow covered hill.

Elsewhere, another panda performs somersaults and rolls around in the snow before getting back up and shaking the snow off their fur. 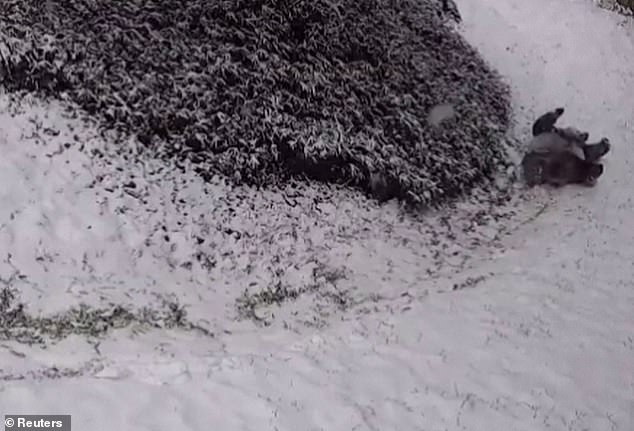 The panda raises its arms in the arm and slide down the hill at the zoo in Washington D.C 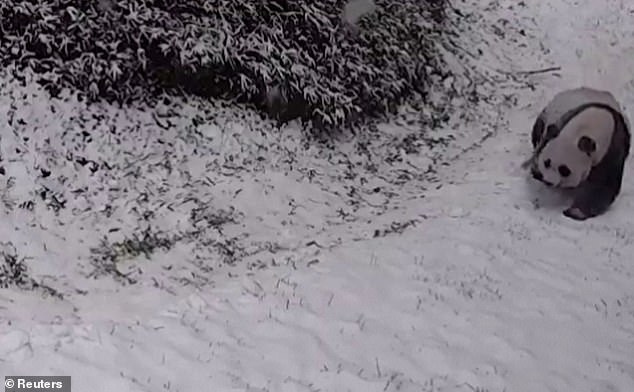 Social media users shared their praise for the clip, with one stating the scenes had ‘made their day’

One user wrote: This made my day!!! Thank you for posting!!!’

While another wrote: ‘The pandas have made my day! That was wonderful watching them play in the snow. Love pandas.’

Another person commented: ‘With so much stress in this world it is wonderful to see something that makes me smile.’

Elsewhere another added: ‘Ohhh wish I could be a panda and just enjoy snow day like that!’