Police respond to reports of at shooting at Georgia mall 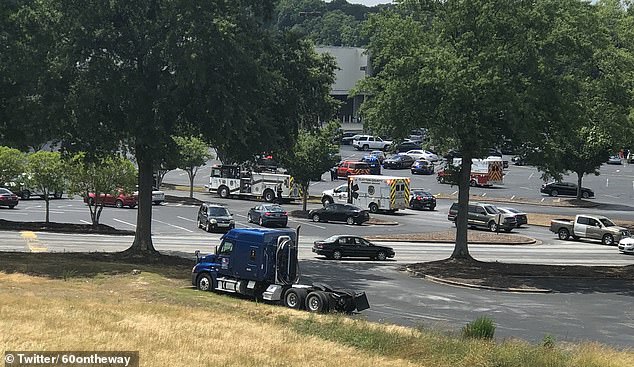 By Keith Griffith For Dailymail.com

Police are responding in force to a mall on the outskirts of Atlanta following reports of a shooting.

Multiple ambulances and police vehicles rushed to the Southlake Mall in Morrow, Georgia on Friday at about 3pm.

Witnesses told WSB-TV that they believed there had been a shooting in the mall.

A Twitter user whose office is near the mall’s parking lot said she had seen three to four ambulances leaving the scene, as more arrived.

Police and ambulances are seen arriving at the Southlake Mall in Morrow, Georgia on Friday at about 3pm following reports of a shooting

‘Cops are everywhere,’ she added.

He shared word from the scene that ‘a bunch of young dudes’ had been ‘pulling out guns in the mall.’ At least one male was seen being taken into custody.

Green for hugs, red for no touching: US events introduce pandemic color coding | US news