Political instability was fueling a rise in gang violence even before the president was killed. 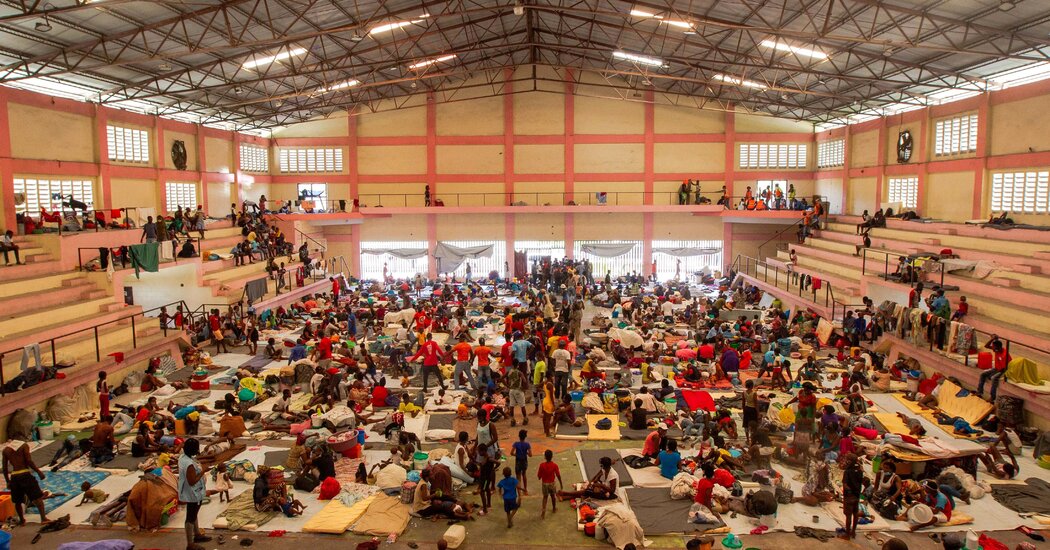 The assassination of President Jovenel Moïse on Wednesday by gunmen who broke into his private residence was a stark reminder of the violence that has plagued Haiti for years and escalated in recent weeks.

Armed groups have become increasingly powerful in Haiti, playing on the nation’s political instability and growing poverty to seize control of large swaths of cities like Port-au-Prince, the capital.

About a third of Port-au-Prince’s territory is affected by criminal activity, and a recent upsurge in clashes between rival gangs has caused numerous casualties among civilians and stark levels of displacement of people fleeing violence.

A report by the United Nations Office for the Coordination of Humanitarian Affairs estimated that in the first three weeks of June over 13,600 people had fled their home in Port-au-Prince, which has a population of about one million. That was four times the violence-related displacement in the capital than in the previous nine months, the report said.

Gangs have attacked businesses, stealing food and other supplies, and engaged in kidnappings, including the abduction of five Roman Catholic priests and two nuns in April.

“For some time now, we have been witnessing the descent into hell of Haitian society,” Archbishop Max Leroy Mesidor of Port-au-Prince said in a statement at the time.

In the current political crisis, with two men jockeying to be prime minister and institutions in shambles, the armed gangs’ power has raised fears of possible upheaval.

In June, one of Haiti’s most powerful gang leaders, Jimmy Cherizier, also known as “Barbecue,” warned that he was launching a revolution against the country’s political and business elites. He called on people to take back what he said was their money in banks and supermarkets, prompting looting in several stores in Port-au-Prince.

Jacky Lumarque, the rector of Quisqueya University, a large private school in Port-au-Prince, said that in the current situation it was not possible to hold elections in September, as planned by Mr. Moïse and still demanded by the international community.

“Which candidate will be able to campaign in gang-controlled neighborhoods? Will they even be able to set up polling stations?” he asked.

Holding elections, he said, would amount “to perpetuating the chaos, sustaining the instability.”