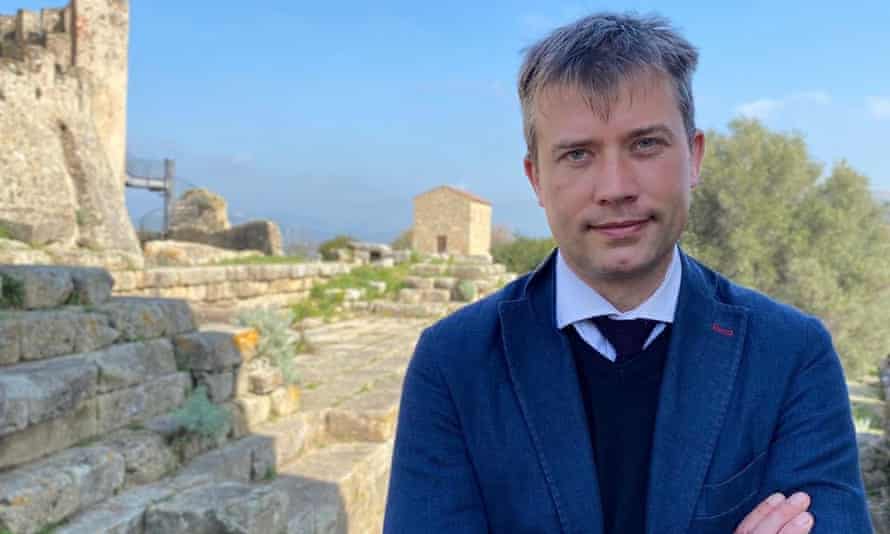 Gabriel Zuchtriegel is used to ruffling a few feathers. In 2015, the German archaeologist was hired to manage Paestum, a vast park of ancient Greek ruins in the southern Italian region of Campania. He was among the first crop of foreigners picked to direct an Italian museum or cultural site as part of what was a contentious drive to revamp the management of the country’s heritage. Not only was he foreign but he was the youngest person in charge of a major site.

Six years on, Zuchtriegel, now 39, provoked a fresh quarrel last week after being appointed director of one of the world’s most treasured archaeological sites: Pompeii. Within hours, two of the park’s board members resigned, with one of them telling the press that Zuchtriegel – who was credited by the culture minister, Dario Franceschini, for having done an “incredible job” at Paestum – didn’t have enough experience to take the helm at Pompeii.

Zuchtriegel, who obtained Italian citizenship last year, is taking the controversy in his stride as he develops a programme for the site.

“It was more or less the same at Paestum,” he said. “I am relatively young for such a position, especially in Italy. But the best way to respond is with results. I’m not one who sees the director as the person who knows and decides everything. My task is to share and develop a vision together with the board and colleagues, and as fast as possible.”

Zuchtriegel is young but he is no stranger to the ancient Roman city that was buried in ash and pumice when the nearby Mount Vesuvius erupted in AD79. He moved from Berlin to Italy in 2012 with his wife and two children for what was intended to be just a two-year stint on a scholarship with a German foundation. The family stayed on and before getting the Paestum job, Zuchtriegel was involved in the Great Pompeii Project, an Italian government and EU-funded initiative that began in 2012 to save the site after years of neglect.

The project led to a transformation in the maintenance of Pompeii, which in pre-Covid-19 times attracted about 4 million visitors a year, as well as fascinating discoveries unearthed in Regio V, a quarter of the site that is yet to open to the public.

Among the most recent finds were the perfectly preserved remains of two men who are believed to have died as they were fleeing the eruption of Vesuvius. The skeletons were found during excavations at a villa, close to where a stable containing the remains of three harnessed horses were discovered in 2017. Others remains of victims of the eruption, which is estimated to have killed 2,000 people, have also been found in recent years, as have villas, frescoes and thermopolia, or snack bars.

In August 2019, archaeologists discovered a “sorcerer’s treasure trove” with relics including crystals, buttons made of bones, glass beads and mirrors.

One of Zuchtriegel’s tasks will be to prepare the 54-acre Regio V for opening to the public. Further excavations, however, will not be a priority.

“We will not be doing new excavations just for the sake of doing them,” he said. “For one, what is excavated must also be conserved and protected. Excavation is always a kind of destruction because you excavate layers and context that you can’t redo, it’s a one-time operation that needs to be done very carefully with everything documented. But we can’t exclude that in the future there will be new methods and new possibilities, so we should also leave something for future generations.”

Zuchtriegel plans to build on the success of the Great Pompeii Project by preserving the past while coming up with ways to make Pompeii a resource for the future.

“There’s a lot to be done in terms of creating an inclusive and accessible site, not just physically but economically, mentally and culturally – making sure nobody feels like a marginal group,” he said.

Before his job interview, Zuchtriegel toured the lesser-known nearby historical sites of Stabiae, Boscoreale and Longola.

“The areas around these sites are socially and economically problematic,” he said. “So what can we do to create some sort of improvement for the communities who live in these areas and who should be part of Pompeii’s extraordinary success?”

As with all of Italy’s cultural hotspots, Pompeii has been without foreign visitors over the past year due to the pandemic. The site reopened on 18 January only to close again last weekend after restrictions were tightened in Campania. Those who visited the site recently were mostly from the region.

“It’s a very difficult period in Italy and many other countries where the pandemic has hit hard,” said Zuchtriegel. “On the other hand, I think it’s also a good opportunity to restart from the local context – of course, we hope to again see our visitors from all over the world, but now is a good opportunity to engage more with the local community.”