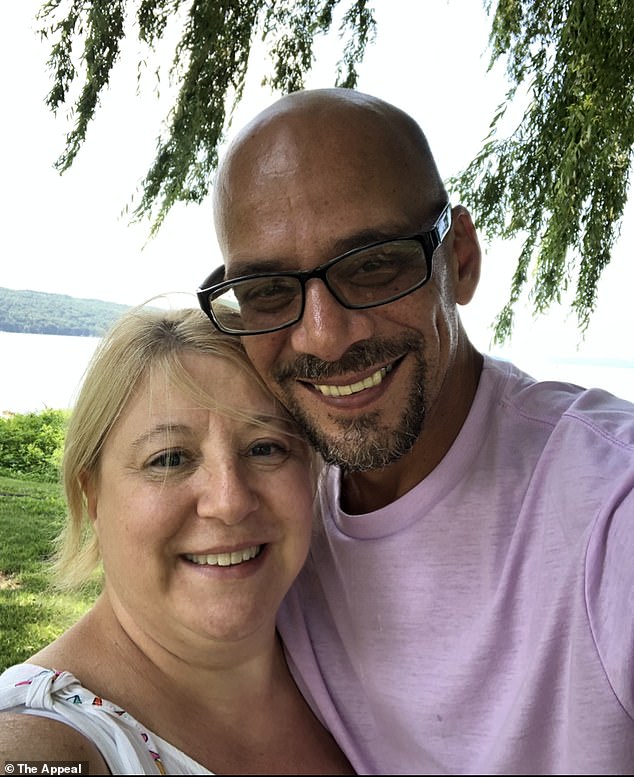 A man who shot dead a police officer with the NYPD at a bar in Queens, in what was described as an ‘execution-style’ killing, is now working with state police on the subject of police reform.

Richard Rivera murdered officer and father-of-four Robert Walsh in 1981. Walsh was off-duty at the time and having a drink at the bar after completing his shift.

Having spent 38 years behind bars for the crime, Rivera was released in 2019 and now sits on an advisory group for Ithaca and Tompkins County in upstate New York as part of Governor Andrew Cuomo‘s  ‘Reimagining Public Safety Collaborative.’

Richard Rivera murdered officer and father-of-four Robert Walsh in 1981. Having spent 38 years behind bars for the crime, Rivera was released in 2019 and now sits on an advisory group for Ithaca and Tompkins County in upstate New York 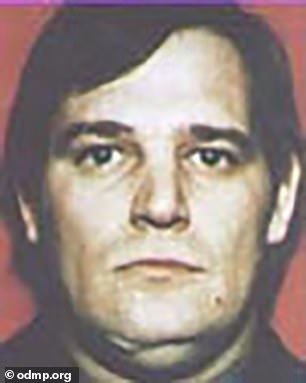 Officer Walsh, 36, who had served on the force for 12 years was at the bar wearing his cowboy hat after his shift, before heading home when he was shot dead in the robbery

The group was set up after Cuomo ordered municipalities to submit police-reform plans to the state by the start of April in the wake of George Floyd’s death last May.

Upon announcing the police-reform measure, he noted that local government failing to provide a plan would lose ‘a significant amount’ of state money.

‘I know people are going to be critical,’ Rivera, 56, told The New York Post. ‘I don’t know if [Walsh’s] family would find this acceptable. I can’t control that. What I can control is the way I’ve been living my life.

‘I’m holding the memory of Officer Walsh to the highest standard of policing in terms of a protector to the community, somebody who cares for the community.’

Rivera was 16 in January 1981 at the time of Walsh’s murder when he along with a group of four others walked into the BVD Bar and Grill in Maspeth just after midnight looking to rob the place.

Officer Walsh, 36, who had served on the force for 12 years was at the bar wearing his cowboy hat after his shift, having a drink with a colleague before heading home.

He was a highly decorated officer and had received 20 awards and commendations. 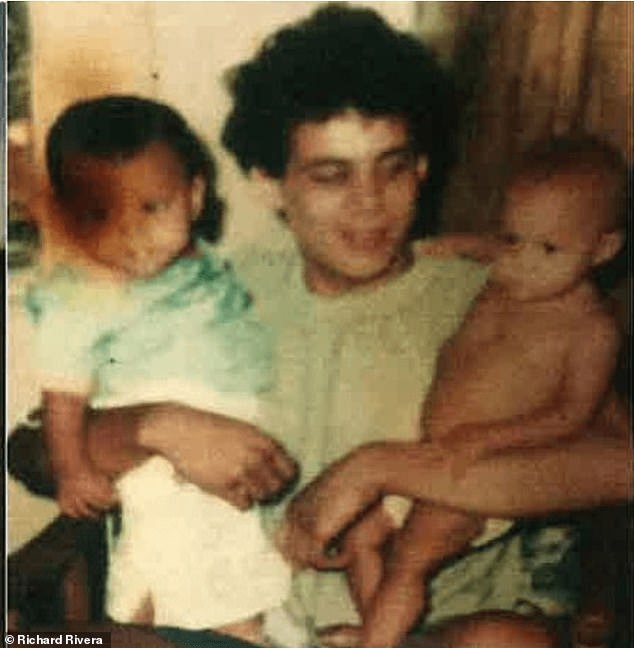 Rivera is pictured as a teen with two of his siblings

Just as the robbery kicked off, Walsh identified himself as a cop and went for his gun in an attempt to stop the robbery.

But Rivera fired first and shot him in the shoulder knocking him to the ground.

As he lay on the floor, Rivera walked over to him and put his gun against the officer’s head before pulling the trigger again.

‘It was an execution,’ said William J. Devine, first deputy police commissioner in 1981. ‘The officer no longer was a threat to the men. He was given a death sentence for being a police officer.’

Rivera was arrested along with the others involved in the crime two days later.

One of officer Walsh’s son’s abhorred the decision to have Rivera play any role in the future of the police.

‘We’re completely shocked that the man who murdered my father is being trusted to create police reforms,’ Robert Walsh Jr., 47, said to the Post.

‘My father dedicated his life to serving and protecting New Yorkers. He should be the one serving on a panel to help reimagine policing, but he’ll never get that chance.’ 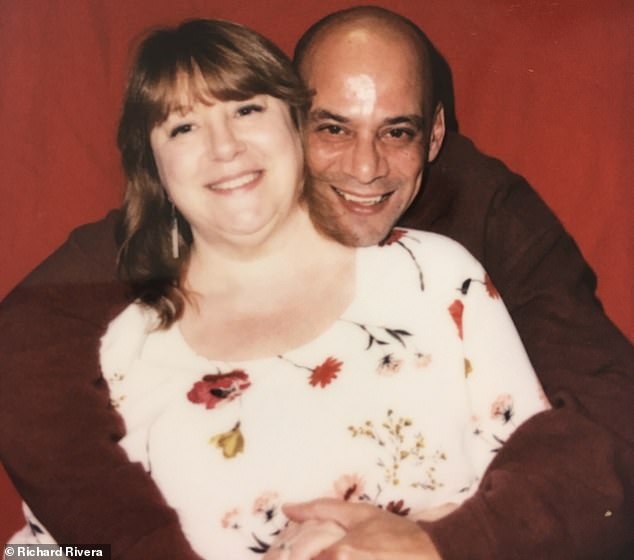 Richard Rivera with his wife, Kerseinya Rivera, on the day they married while he was in prison

It’s a view that is shared by Pat Lynch, president of the Police Benevolent Association.

‘It’s outrageous and despicable,’ the union chief said. ‘Not only did this cop-killer get paroled, but now he gets a seat at the table to help dismantle a police department. Did anybody expect him to be fair and open-minded in his review?

‘The entire process has trampled on the ideals that police officers like Robert Walsh upheld. It’s the ultimate disrespect to his service and sacrifice.’

Since his release almost two years ago, Rivera has also worked with a homeless charity who aims to provide food and shelter to those in need.

While in prison, he claims to have found his calling in social work and was a member of the Inmate Grievance Review Committee, a group that mediates disputes between prisoners and correctional staff.

He co-founded the Prisoners AIDS Counseling and Education Program, and helped establish the Hispanic Inmate Needs Task Force as well as a program for older prisoners known as Fifty PLUS according to The Appeal.

PAUL THOMAS on… the lockdown easing