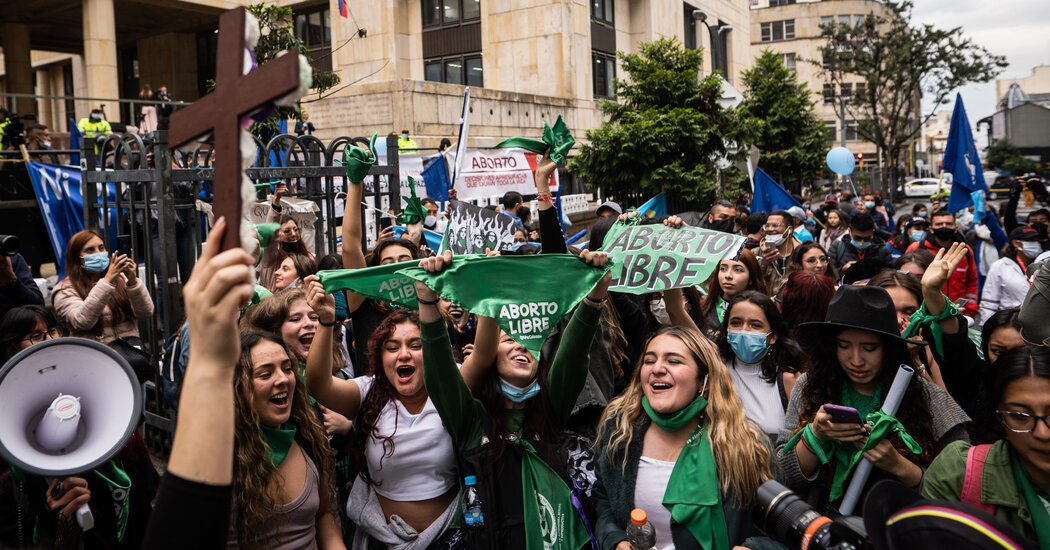 “The framing around Ireland’s abortion rights campaign was about compassion, and how Ireland has to be the compassionate face of Europe,” said Marie Berry, a University of Denver political scientist who has studied the Irish campaign. “That it is more compassionate than the U.K., as the U.K. became more and more conservative, especially under Tory government. That we’re in the E.U., we represent a progressive Europe.”

But the key to the movement’s success may have been combining that appealing message with the organizing experience of more radical feminist groups. “What shocked me when I was doing research with activists there was that actually, the organizing node of the whole abortion rights ‘Repeal the 8th’ campaign came from anarcho-feminist movements, which were more rooted in environmental movements than the liberal women’s rights movement,” Dr. Berry said. “The bulk of the people who voted for it, of course, were not affiliated with the more leftist organizing nodes. But that was really the heart of the movement that made it happen.”

In Argentina, the Ni Una Menos (“Not one woman less”) movement also combined sustained, long-term organizing with framing that situated abortion rights in the broader context of a just society, presenting the lack of access to safe, legal abortion as just one part of the broader problem of violence against women. A 2018 bill to legalize the procedure failed, but in 2020, the country legalized abortion, making Argentina the largest country in Latin America to do so.

In the United States, by contrast, legal abortion has been the status quo since the Roe decision in 1973, which made it a difficult target for that kind of sustained mass organizing.

“I think the indigenous mobilizing, some of the more progressive kind of racial justice work, Occupy, all of the kind of the leftist nodes within those movements, haven’t centered abortion in their advocacy because it has been, constitutionally, more or less a solved issue since the 70s,” Berry said. And for other organizations focused on the intersection of reproductive rights with race and class, “abortion has always been there, but it isn’t the only demand,” she said.

Centrist organizations and Democratic politicians, by contrast, have often framed abortion as a matter of unfortunate but necessary health care services that should be “safe, legal and rare,” and focused activism on issues of access. That was often vital for women in rural areas or states whose burdensome regulations had made abortion essentially unavailable in practice, but it did not generate the kind of mass, identity-based appeal that has been effective in countries like Ireland.