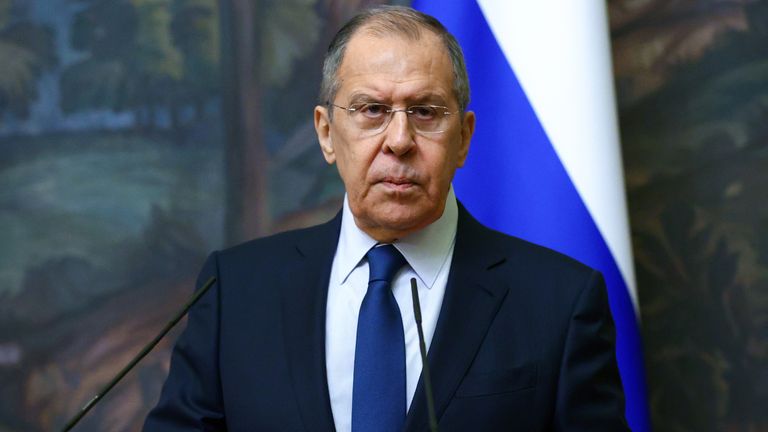 US president Joe Biden promised right from the start he would get tough on Russia but he was always having to play catch-up.

Unlike both the UK and EU, Donald Trump conspicuously failed to impose any measures on Moscow in the aftermath of the novichok attack on Alexei Navalny last summer.

Plus the US has an extra axe to grind – last year’s massive SolarWinds hacking attack which infected a number of US government agencies and was only discovered in December.

There are two sanctions regimes under which the US can hold Russian entities to account – for breach of the Chemical Weapons Convention and the US Magnitsky Act which pertains to human rights.

It is unclear yet who and what are on the list. First reports speak of 14 businesses involved in the production of chemical and biological weapons.

But they will only add to the long list of sanctioned entities the US already has against Russia, many of which were imposed under the Trump administration.

The EU has targeted just four individuals – all of them very senior judicial and law enforcement figures but not the types to hold significant assets in the EU or to summer in Biarritz.

It is very far from the 35 names called for by Navalny’s allies in their lobbying of EU officials and speaks to the hesitancy the bloc of 27 have in taking concerted action of the toughest sort on the Kremlin’s malign activity.

Nord Stream 2 for example will still go ahead. But the bloc might not have acted this way at all if Russia’s foreign minister Sergei Lavrov had not been quite so unpleasant to the EU high representative on his last visit to Moscow.

Just like every other sanctions round to date, these will hardly force the Russian president to change tack. The sanctions squeeze has been tightening since the annexation of Crimea and Russia’s relations with the West have only deteriorated.

As the US ambassador to Russia, John Sullivan, said in December: “My former boss (Rex Tillerson) said in March 2017 we’d reached a low point, we must stop digging this hole. And every time we say that the hole gets deeper.”

But they are an important measure in signalling not just to Russia, but to other adversarial regimes, that there will be repercussions for behaviour that clearly contravenes international law.

Property developer, 47, ‘murdered heiress wife to cash in on £3.5million in life insurance’