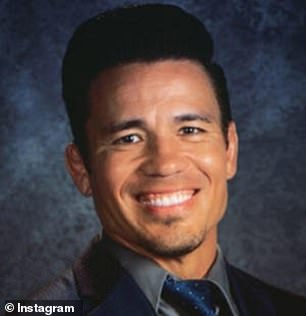 Police escorted a California high school principal off the campus on Thursday after he delivered a graduation speech in which he tore into school district officials for laying him off.

In his roughly eight-minute speech, Stagg High School Principal Ben Nakamura told students and parents that in a four-to-three vote by the Stockton Unified School District board that he had been removed as principal after serving one year in the role, and wouldn’t be returning.

The speech touched on a number of topics including gun violence, drug use and social injustice, and he can be heard encouraging the students to overcome the adversities they’ll face in life. He also revealed that his mother had died of a heroin overdose.

‘The Board of Trustees this past Tuesday voted three to four to remove me as your principal and not listen to the community, nor the students, nor the families, nor the staff of Stagg High School.’

He also told students: ‘Successful people stomp on each other’.

After walking off stage, two men spoke to him briefly before escorting him off the high school field where the graduation was taking place.

Nakamura told ABC 10 that shortly after, police arrived to further escort him away. 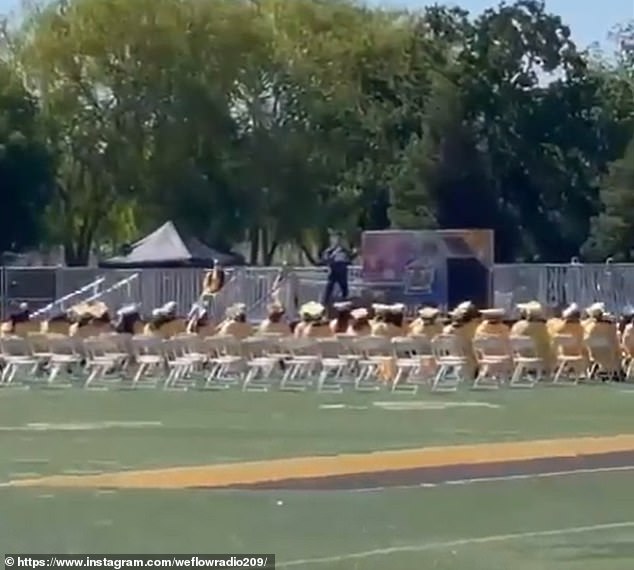 School officials said Nakamura had used the speech to air his grievances for being laid off, and had violated Covid-19 protocols by speaking at the graduation. His speech was captured in a handful of videos (above) shared to social media

School officials said he had used the speech to air his problems with the school administration instead of sending off the graduating seniors.

‘Today was about celebrating the students,’ Melinda Meza, a district spokeswoman told KRON 4. ‘Unfortunately, Mr. Nakamura chose to use this platform for his own grievances. He was escorted to his car and he did turn in his keys.’

Additionally, she said his speech was a violation of the Covid-19 protocols set for the ceremony, where speeches were supposed to be pre-taped instead of delivered in person.

Meza said Nakamura was told to not attend the noon and 3pm graduations for the other two groups of students, separated to maintain social distancing.

California Department of Health guidelines allow speakers at graduation ceremonies to remove their masks as long as they are at least six feet away from other attendees.

Candelaria Vargas, trustee for the Stockton school board said she had not supported the decision to remove Nakamura as principal.

‘There’s no reason in my mind as a community member, and as a person who has received lots of public support for Mr. Nakamura why this is happening,’ she said. 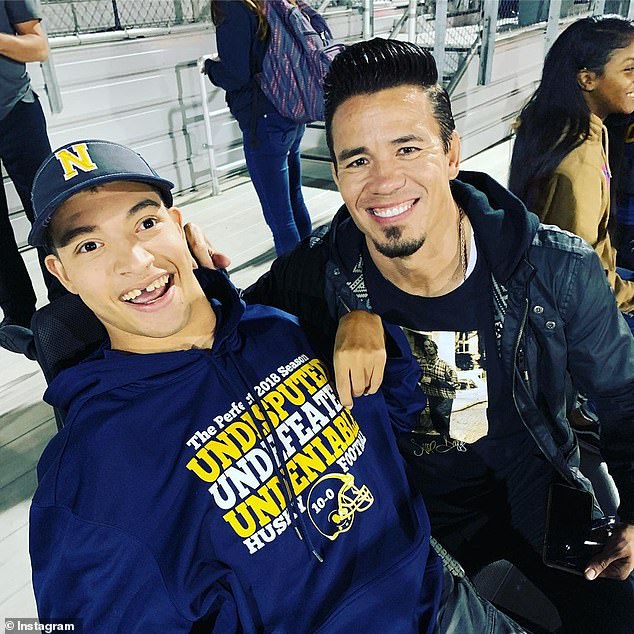 Nakamura was reportedly well liked by students and parents alike at Stagg, and had protested after news of his lay off  was initially made public. 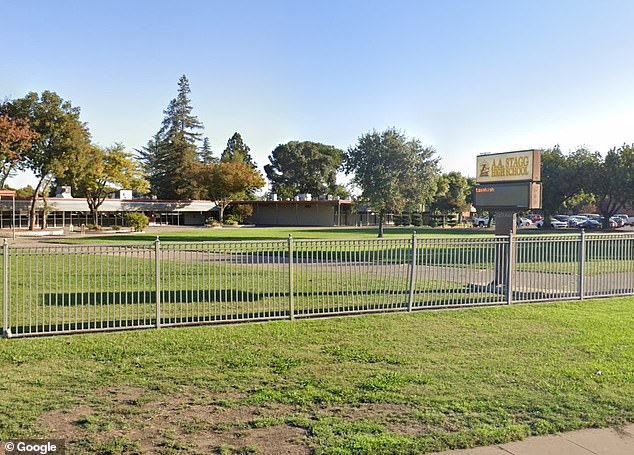 ‘I didn’t see him breaking that law or any other law,’ Vargas told The Stockton Record, noting that he was at least six feet away from anyone else on the field. ‘I think this is an excuse of behavior for them removing him.’

Sofia Colón a parent at the school said she was taken aback by the district’s reaction.

‘Anger, shock, sadness,’ she told KRON 4. ‘That speech tells me how honest this principal is with his students. Tell the students, be a mentor to your little brothers and sisters. He told us where he came from, how relatable, how vulnerable. That was my takeaway: Don’t be a sellout, tell the truth.’ 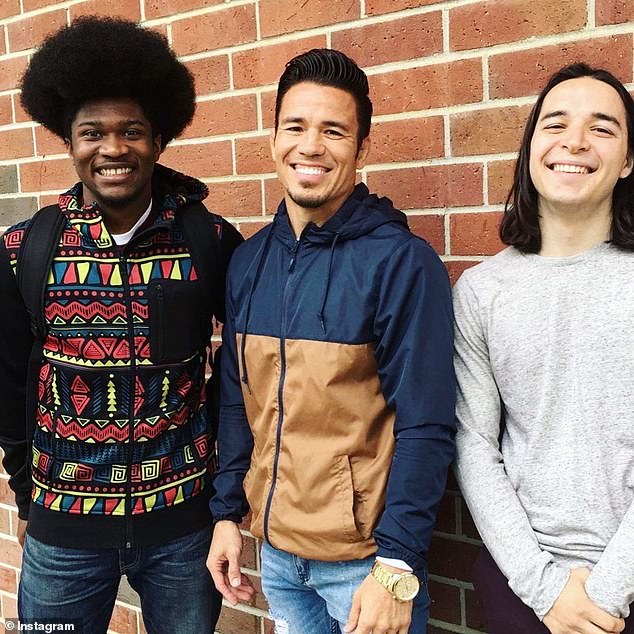 Nakamura had reapplied for the position, but learned this week that the Stockton school board had declined to rehire him

In March, budget woes due to declining enrollment and uncertainty over state funding had led to a decision by the district to lay off 104 staffers, including Nakamura, Record also reported.

Not wanting to leave the school, Nakamura told ABC that he had reapplied for the job, but this past week discovered that in a four-to-three vote, the board had decided not to rehire him.

The district has not given an official reason for his dismissal.

He said he wanted to use the speech as an opportunity to say goodbye to his students. ‘I wanted to tell the kids why I left, so they would know I did not leave them, I did not turn my back on them,’ he told the Stockton Record.