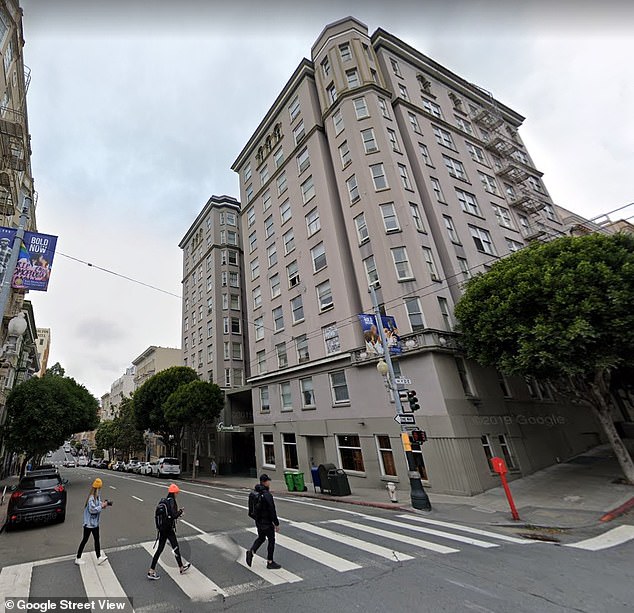 The city of San Francisco is struggling to move homeless people from hotels that it’s paying for during the coronavirus into permanent residences it’s now offering them – with 70% of people in the hotels refusing to go.

Homeless advocates say that’s because city-run permanent housing has a bad reputation as being dirty and unsafe. One other possibility: The hotel rooms are provided free of charge and have private bathrooms; the permanent residences cost 30 percent of a person’s income and bathrooms are shared.

The city started taking people off the streets and putting them into the so-called shelter-in-place hotels at the beginning of the pandemic to shield homeless people and others from COVID-19.  More than 2,300 people are currently in the hotels, which cost the city $179 million last year – with an additional 500 people soon to join them.

In the meantime, the city last year paid $45 million to buy a 232-unit building and renovated it as a permanent option to house homeless people.

But many are saying the building isn’t nice enough and around 70 percent of those who were offered spots at the refurbished hotel have refused, according to the San Francisco Chronicle.

The city purchased the 232-unit building for $45 million last year, renovated it and is now offering permanent residences to homeless people who are currently housed in hotels. Seventy percent of those people have refused the offer

‘We have experienced a decline rate of people living in shelter-in-place hotels at a rate never experienced before in San Francisco when offered permanent supportive housing,’ Abigail Stewart-Kahn, interim director of the Department of Homelessness and Supportive Housing said, referring to the 70 percent of people who said no to the new digs.

‘This is understandable fundamentally,’ she said.

Part of the issue for the city is the poor reputation of other permanent housing programs, which have been known for tight spaces, poor air filtration, and a lack of Wi-Fi. 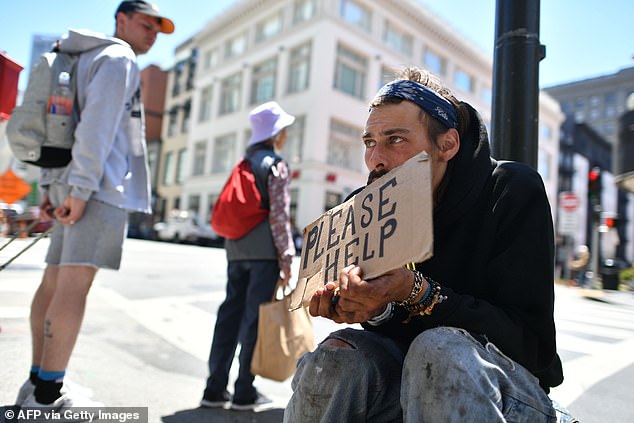 The current hotels being used for shelter-in-place hotels often have private bathrooms and serve three meals a day, with the federal government taking on costs.

Moving into tight lodgings could also be particularly frightening during the pandemic, as Gothamist reports there was a 52 percent increase in homeless deaths over the fiscal year (July 2019 to June 2020).

‘We’re in a tough position where we want people to get into permanent supportive housing, but frankly a lot of it is unacceptable and not in good condition,’ said Keegan Medrano of the Coalition on Homelessness. 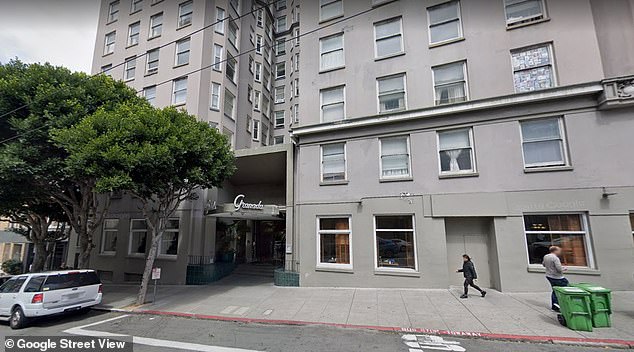 Some of the permanent lodging options have bathrooms that need to be shared between multiple units.

Additionally, the permanent options cost 30 percent of a person’s income.

The renovated building is recently refurbished and expected to be nicer than other permanent options made available in the past. 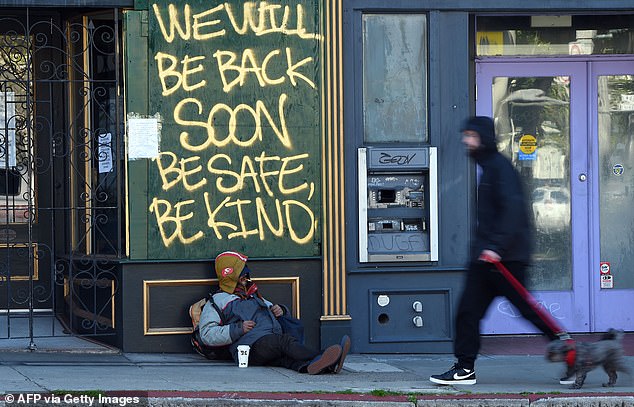 Pictured: A man sleeps under a message painted in San Francisco early during the pandemic

Because of placement rejections, around 10 percent of supportive housing units are vacant.

The Budget and Finance Committee recently approved a 60-day emergency ordinance, which will put another 500 people from the streets into the temporary shelter-in-place hotels.

‘The tradeoff here is if we move too many permanent supportive housing units away from the shelter-in-place hotels, we won’t be able to provide offers of permanent housing to people in the hotels,’ said Stewart-Kahn.

Earlier in the pandemic, camping sites with socially-distant tents were set up for San Francisco’s homeless.

An idle McDonald’s parking lot near City Hall became a ‘Safe Sleeping Village,’ which had enough space for 50 tents.

Meanwhile, the city is renovating other buildings to use for permanent housing.

The Mayor’s Office announced in January the awarding of $29.1 million from Project Homekey to purchase a building that will provide 130 rooms near its Union Square location. It, also, is a former hotel, called Hotel Diva.

‘The Hotel Diva is a perfect opportunity for yet more permanently affordable housing and we’re moving quickly to deliver,’ said Supervisor Aaron Peskin.

During a point-in-time count in 2019, San Francisco counted 8,035 homeless individuals, including over 5,100 who were unsheltered.

The total count of homeless marked an increase of 14 percent from the 2017 count. The 2019 count marks the last official tally by the local government.

San Francisco has kicked off the process of opening the economy up, opening up indoor dining and gyms as coronavirus cases decline.

The number of new cases in the city has steadily started to decline, with just 18 new cases reported on February 28 and 17 the day before. 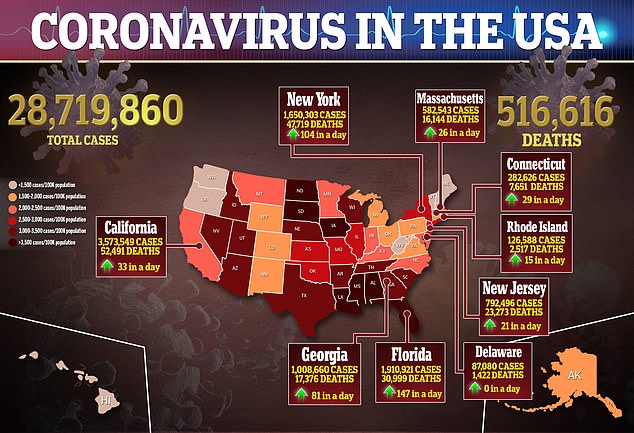 Over 500,000 people have died of COVID-19 in the United States, though cases are falling