Sherri Papini: US woman admits faking her own kidnapping in 2016 and lying to the FBI | US News 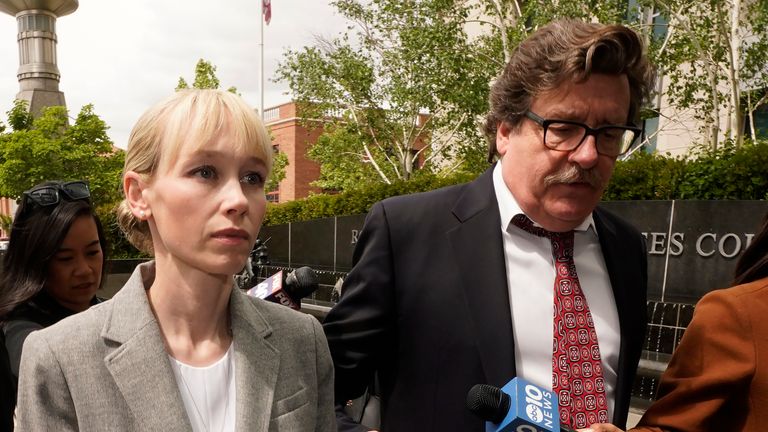 A US woman with a “very complicated mental health situation” has admitted faking her own kidnapping and lying to the FBI six years after she claimed it happened.

Sherri Papini, 39, tearfully told a judge she felt “very sad” but didn’t explain why she lied about being abducted in 2016.

As she pleaded guilty in a 30-minute court hearing in Sacramento, California, senior US District Judge William Shubb asked the wife and mother of two: “Were you kidnapped?

“No, Your Honour,” she replied.

“Did you lie to government agents when you told them you were kidnapped?” Mr Shubb continued.

She claimed she had been kidnapped at gunpoint by “two Hispanic women”, but was actually staying with a former boyfriend 600 miles (966 km) away in Orange County in southern California.

When he dropped her off along an interstate nearly 150 miles from her home three weeks later, she was sporting self-inflicted injuries including a swollen nose.

Papini also had bindings on her body and a blurred “brand” on her right shoulder, as well as other bruises and rashes on many parts of her body, ligature marks on her wrists and ankles and burns on her left forearm.

She kept lying about her disappearance as recently as August 2020, but agreed to plead guilty last week after reaching a deal with prosecutors.

As part of that agreement, her sentence will be at the low end of the range, somewhere between eight and 14 months’ jail time, rather than the maximum 25 years allowed.

Despite finally coming clean, Papini has offered no explanation for why she did it and her lawyer, William Portanova, said last week that he doubts even she knows.

He said she had “a very complicated mental health situation” and that her long-delayed acceptance of responsibility and punishment is part of the healing process.

Papini, from Redding, California, said on Monday that she has received psychiatric care costing $30,000 (£23,000) for anxiety, depression and post-traumatic stress disorder since her return.

The treatment was covered by a state victim compensation scheme and is now part of her restitution.

Deep in Colombia, a New Generation of Armed Groups Battles for Control