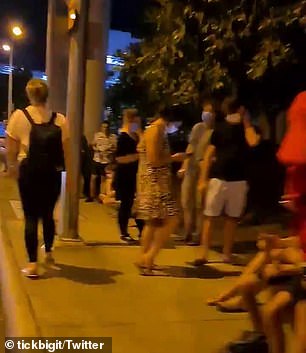 Brisbane and Melbourne residents are furious state health authorities after waiting in testing clinic queues of up to six hours, only to get turned away.

Locals lined up for two hours at the Royal Brisbane And Women’s Hospital on Saturday night, before being told to go home when the clinic shut at 9pm.

Videos taken by waiting patients showed queues of hundreds of people wrapping around the surrounding streets in Herston.

The Queenslanders were following health advice from Chief Health Officer Jeanette Young to get tested immediately and isolate if they had been in Melbourne since December 21, after a surge in cases. 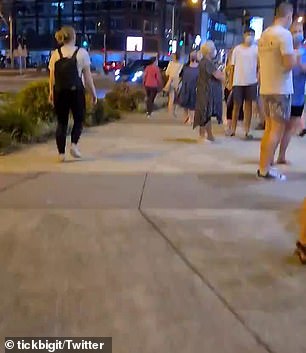 ‘I think it’s pretty s**tty, I think they could have done something because we were trying to do the right thing,’ one woman in line told The Courier Mail.

‘Surely they can pull something together, pull some people in to tackle it. We were asked to come out.’

Aruna Nanayakkara, who waited in the line that spanned hundreds of metres for two hours, said it was ‘disappointing’ that hospitals couldn’t stay open longer.

Another man said it was a waste of time lining up as the clinic was closing at 9pm anyway.

‘This is the only one open, they’re all closed. Why are they closed? Nobody here is getting tested. We’re going to be here for days sorting this out. They’re dumb as f**king rocks,’ he said.

‘And we wonder why Melbourne has outbreaks. Sydney did 60,000 tests in one day,’ a furious Melburnian wrote on Twitter.

‘It’s a complete joke! Seriously how unorganised are they, hence why Dan [Andrews] loves lockdown,’ said another.

Victoria reported three new cases of Covid-19 on Sunday. All are linked to the Black Rock restaurant cluster in Melbourne’s southeast.

A close contact of a Victorian case has already been found in the Mackay region and a casual contact had been identified on the Gold Coast.

Dr Young said that health authorities are leaving Queensland borders to Victoria open at this stage, but she was ‘very concerned’ about how the situation was escalating.

‘Victoria’s own assessment of the situation is that the risk of spread is right across the state, not just in Melbourne,’ she said.

‘Anyone currently in Queensland who has been in Victoria on or since 21 December should get tested immediately and quarantine at home or their accommodation until they receive a negative result.’

Meanwhile, there were similar chaotic scenes outside testing clinics in Melbourne where locals were also turned away.

The queue of cars outside Melbourne Sports and Aquatic Centre in Albert Park stretched out one kilometre by just 8am on Sunday.

Health officials started turning people away within just 15 minutes of opening when the clinic reached capacity.

‘We’ve been waiting about half an hour in the queue and now they’re turning us away and we really have to get [a test] done,’ a man who had returned from NSW told the Today show.

Cars were also bumper to bumper at the Sandringham Hospital walk-in clinic, where there was already a line snaking around the car park and down the street 20 minutes before it opened on Saturday.

One woman said she waited in line for an hour before being told it would be quicker to go through the drive-in queue, which still took her another 90 minutes.

Some Melburnians waited up to six hours in line on Saturday at the Melbourne Showgrounds testing site, where there were 1,027 tests completed.

Testing chief Jeroen Weimar said there was a 35 per cent surge in testing capacity in Melbourne’s southeast on Saturday.

‘I know it was a very long and busy day and had some long wait times that many of our testing centres across the state,’ he told The Age.

‘So please, I encourage people to prepare for a significant wait, particularly at the busier centres. Make sure you have got things to do while you are waiting on those lines.’ 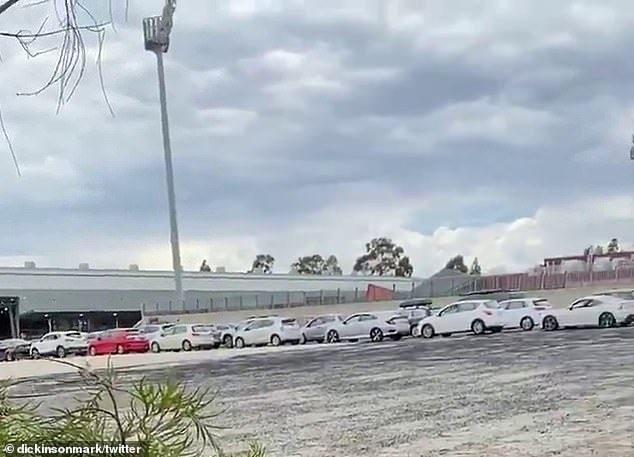 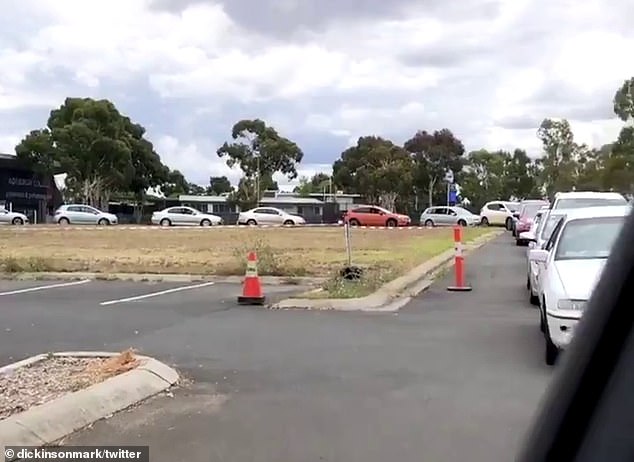 ‘They’re doing it [now], it’s just a pity if it’s 24 hours late, because you end up possibly having people who get turned away who won’t come back. And that’s a risk we can’t afford,’ she told The Age.

Just four days ago, the state had been on a two-month streak of no community transmission.

The NSW/Victoria border closed at midnight on Friday. Now, anyone who tries to cross into Victoria with be turned back.

The only people who can freely cross from NSW to Victoria are essential workers, such as freight drivers, and border community members along the Murray River with permits.

US economy adds 379,000 jobs in February | Business and Economy News

Voting Rights or the Filibuster?

Is this Banksy? Photograph appears to show artist next to scaffolding at the site of…

Voting Rights or the Filibuster?

Is this Banksy? Photograph appears to show artist next to…

Outrage in India over latest ‘honour killing’ as…