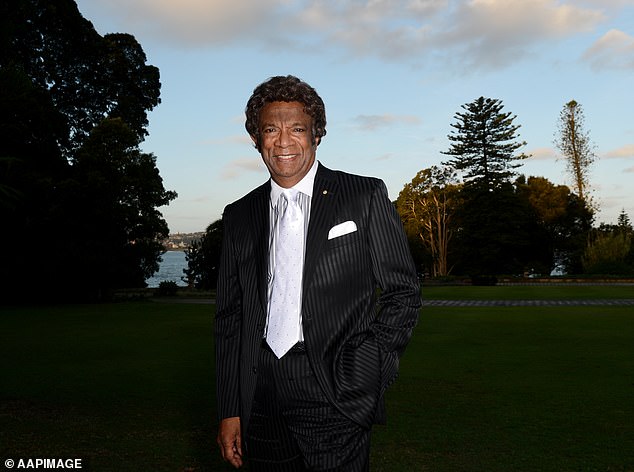 Singer Kamahl has opened up about how he felt during Hey Hey It’s Saturday’s racist segments – and implied some of show’s gags were ‘c**p’ that should never be repeated.

The Malaysian-born Australian singer, now 86, who sold millions of records worldwide, told The Guardian at times he was ‘humiliated’ on the beloved show.

Asked whether he thought Hey Hey could return, Kamahl was in favour of ‘clever’ and ‘witty’ humour, but ‘if it’s c**p, maybe we can do without it.’

Kamahl, now 86, found fame partly because of his Hey Hey It’s Saturday appearances – but he also found the show ‘humiliating’ at times and said if its comes back it should do so without the ‘crap’ jokes

Daryl Somers, who is returning to the small screen to host Dancing With The Stars All-Stars, sparked controversy last week when he said Hey Hey It’s Saturday would not survive today’s ‘cancel culture’ climate.

‘You probably could not get away with half the stuff you could on Hey Hey now because of the political correctness and the cancel culture,’ he told News Corp.

‘It is a shame because showbiz does not get much of a chance.’

Kamahl believed some people missed the point when using the term ‘cancel culture’.

‘They’re only trying to limit unnecessarily vulgar or crude terminology or gags or whatever,’ he said.

The singer accepted his profile had been helped by appearing on shows such as Hey Hey, admitting he needed the exposure to build his profile and popularity – though he didn’t realise what a ‘minefield’ it would be.

‘There were a number of instances where I felt humiliated, but I didn’t want to raise any objections or protest about it.’

He coped with it by smiling and ‘pretending everything was ok’. 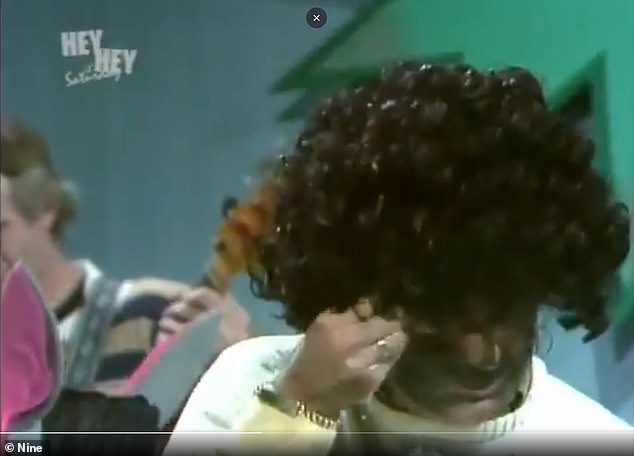 In one scene, Daryl Somers wore blackface as he impersonated Malaysian-born singer Kamahl

A montage of some of the most controversial Hey Hey gags involving Kamahl was shared on social media this week drawing reactions mostly in support of the singer.

One skit showed an assistant rushing at Kamahl and covering his face with white powder, before a voice off screen yells: ‘You’re a real white man now Kamahl, you know that?’

The singer admitted he found it ‘offensive’.

One particularly outrageous gag saw the lighting department wanting Kamahl to smile so ‘we can see him’.

Another extraordinary clip to since reemerge shows a much younger Somers wearing blackface and impersonating Kamahl.

Somers darkened his skin with makeup and wore a wig as he performed with the singer on stage. 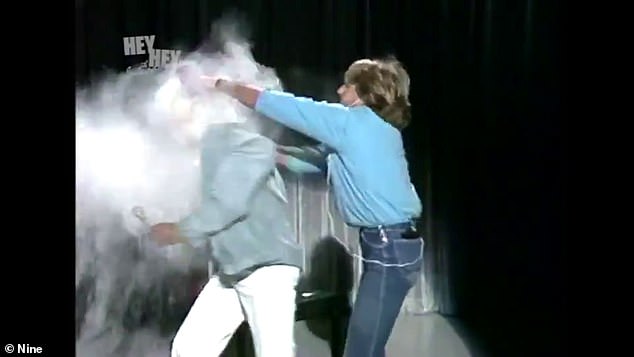 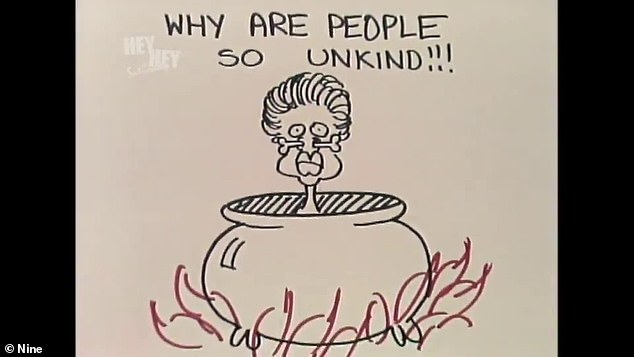 The show regularly used cartoons and drawings, one of which depicted Kamahl with a bone through his nose

‘Friends of mine in America saw that and to this day they can’t believe that somebody would treat an artist with that amount of disrespect,’ he explained.

Other gags depicted cartoon versions of him with a bone through his nose, and as a pair of bright white teeth against a black background.

In one scene an off-screen voice pondered whether his new album might ‘go black’ instead of gold.

One clip showed Somers appeared to make fun of a third-generation Chinese-Australian audience member as he introduced her on camera. 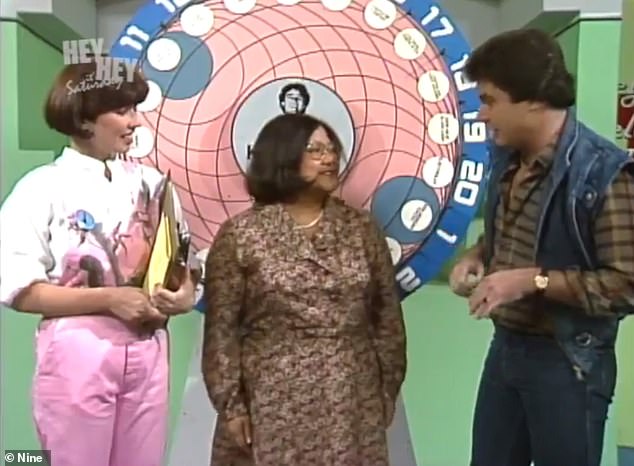 ‘You were born and bred in Sydney?’ In another, Daryl (right) appeared to make fun of a third-generation Chinese-Australian audience member (centre) as he introduced her on camera

Somers then asked: ‘You were born and bred in Sydney? I thought you were going to say your background is from overseas somewhere. So no one in the family speaks Chinese?’

Kamahl did not blame host Somers and implied he wasn’t to blame, saying he was a ‘bystander’ who neither ‘encouraged nor stopped’ the jokes.

Speaking to the Daily Telegraph, Somers has said he wasn’t happy about the shift in public taste, but accepts the world is changing.

‘A lot of comics can’t work much because what would have been just tongue-in-cheek previously now can easily get them into trouble,’ he said.

‘I can’t say I am enamoured with it, but it is a changing world in which we live and you just have to work around things.’ 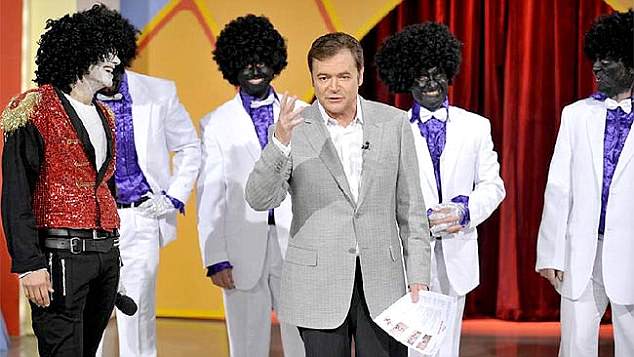 A new season of 20 episodes was commissioned in 2010, but the variety program did not return in 2011.

During its run, Hey Hey It’s Saturday had its fair share of controversy.

Last year, TV veteran Somers was called out for performing Louis Armstrong’s What a Wonderful World in blackface on the show in the 1980s.

Another incident in 2009 involved a comedy troupe dressed up as the Jackson Five in blackface for Hey Hey’s regular Red Faces talent show segment.

American singer Harry Connick Jr. was a guest judge on the program and gave the performance a score of zero, saying he never would have appeared on the show if he had known it would involve blackface.

Daryl apologised to Harry at the end of the live segment, saying: ‘We may have offended you with that act and I deeply apologise on behalf of all of us.

‘Because I know that to your countrymen, that’s an insult to have a blackface routine like that on the show, so I do apologise to you.’

The View: Sharon Osbourne will no longer appear on US talk show after heated on-air discussion about racism | Ents & Arts News