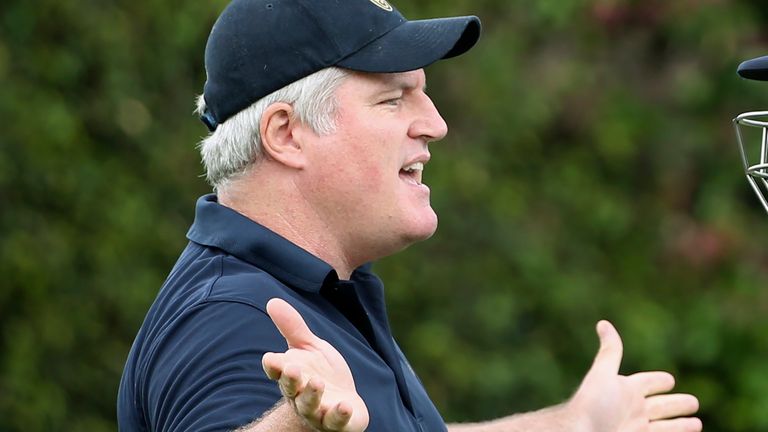 Former Australian cricketer Stuart MacGill was abducted and held at gunpoint in Sydney last month, according to police.

New South Wales Police have charged four men, aged between 27 and 46, in connection with the incident, which took place on 14 April.

One of the men involved in the plot was known to the former leg spinner, according to police.

Police said MacGill, 50, suffered minor injuries but did not require medical care following the attack – which they believe was financially motivated.

The arrests took place after raids were conducted in Sydney on 5 May, which were the result of a two-week-long investigation.

According to police, MacGill was approached in Cremorne on 14 April by a 46-year-old man he knew.

Two other men appeared, and the group forced him into a car and he was driven to a remote site in Bringelly, on the city’s outskirts.

He was allegedly assaulted and threatened at gunpoint, police said.

MacGill was released after about an hour, with no money having changed hands.

Detective acting superintendent Anthony Holton said: “No ransom demands were made. Our belief is the motive was purely financial.

“He was seen as someone that they could get money from, although no money was paid prior to him being released.”

All four men – who have been charged with offences related to detaining a person with the intention to get advantage – were refused bail.

MacGill retired from cricket in 2008, after playing 44 test matches and three one day internationals for Australia.

He also played domestic cricket for Nottinghamshire, Devon and Somerset.