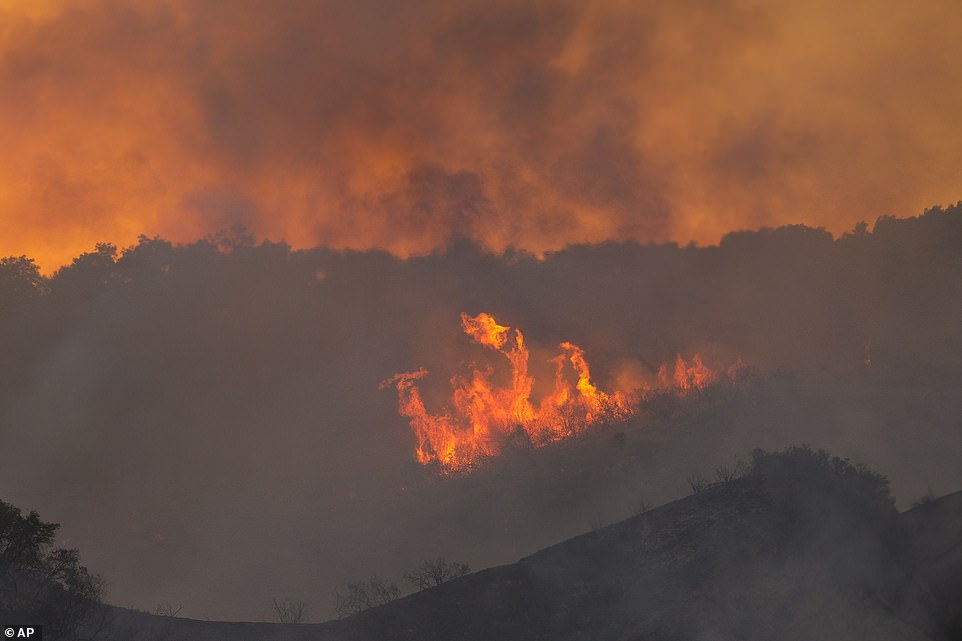 By Christopher Eberhart For Dailymail.Com

A manhunt is underway for a suspected arsonist who’s wanted for torching more 800 than acres of wildland in the Pacific Palisades area of Los Angeles County on Sunday.

The Los Angeles Police Department said a police helicopter crew spotted what appeared to be a person setting fires in the area on Friday night. That suspect is still on the loose Sunday evening.

What started as a 15-acre brush fire around 10pm Friday turned into an inferno by Saturday afternoon and is still raging Sunday evening. 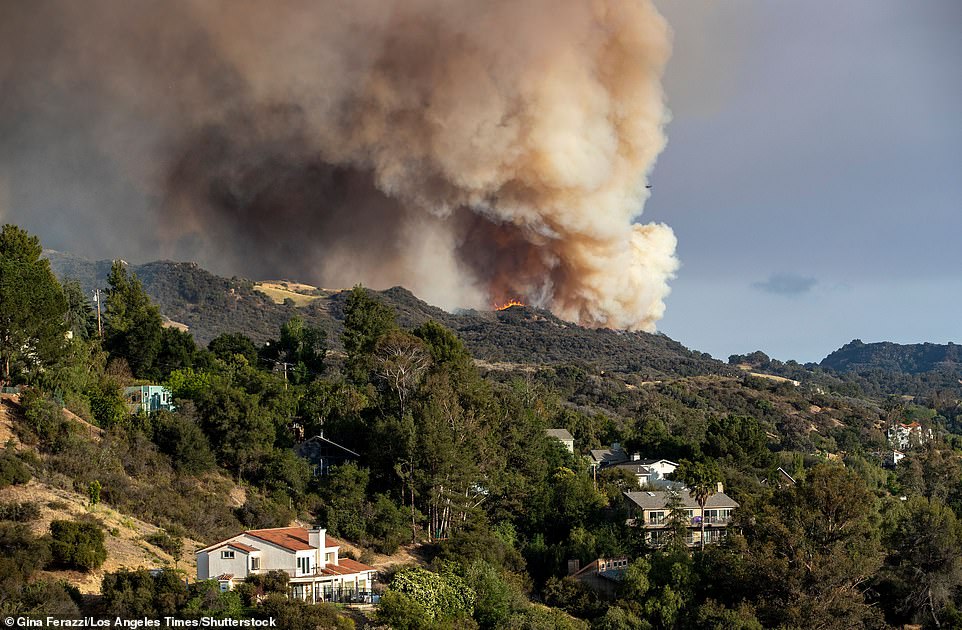 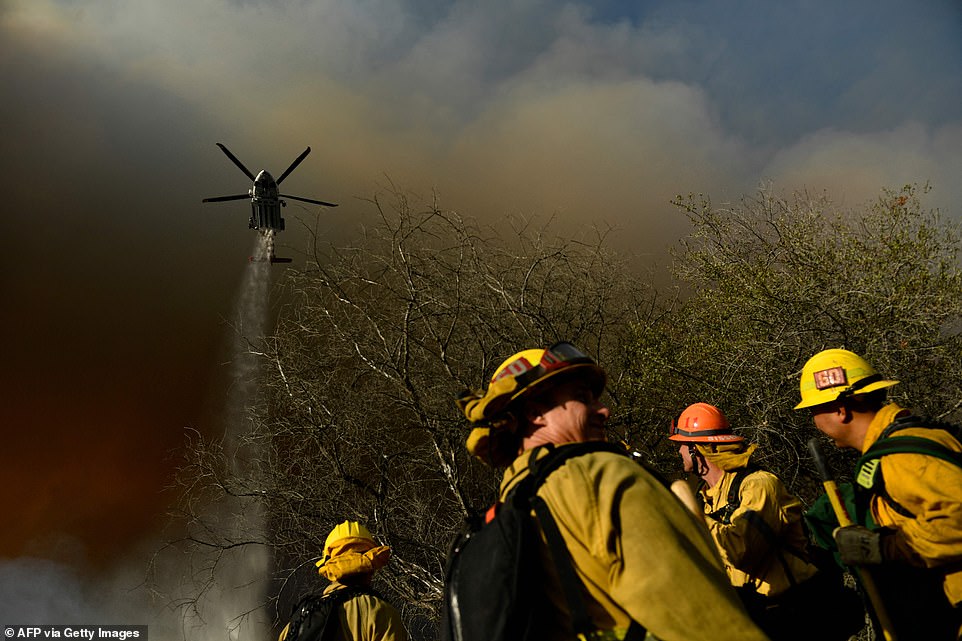 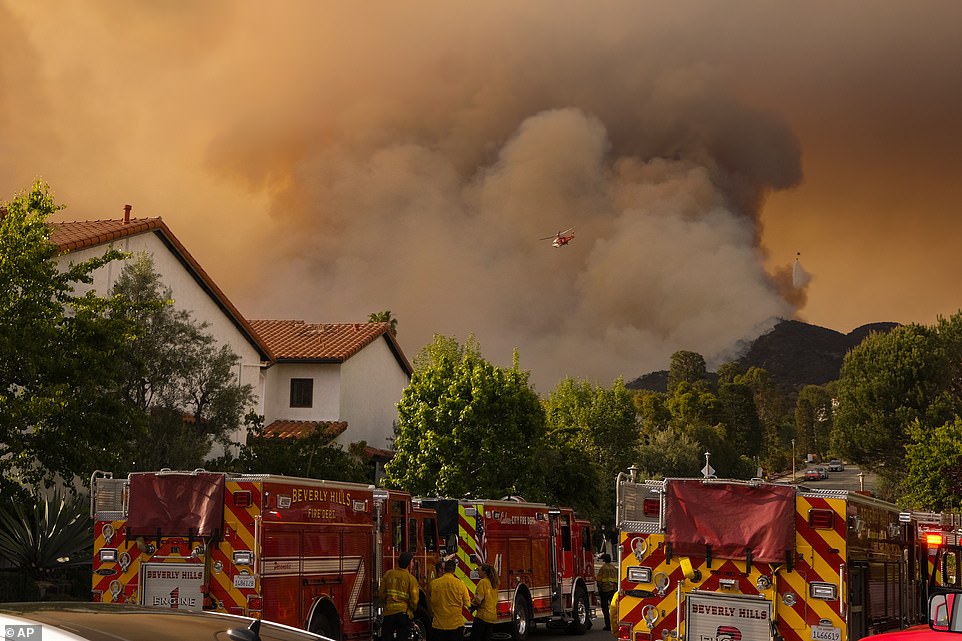 More than 500 homes in Topanga County were evacuated Sunday 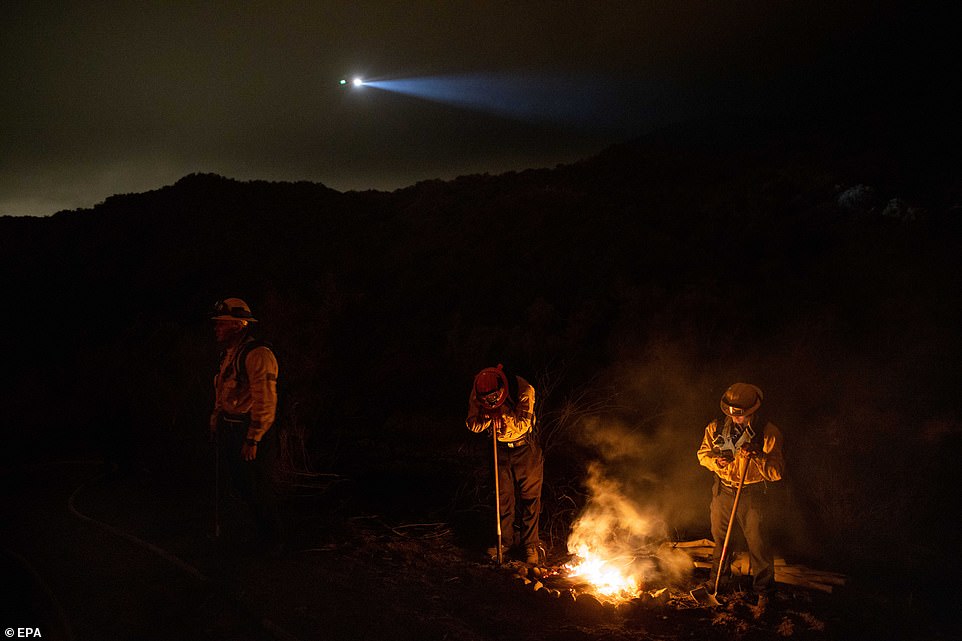 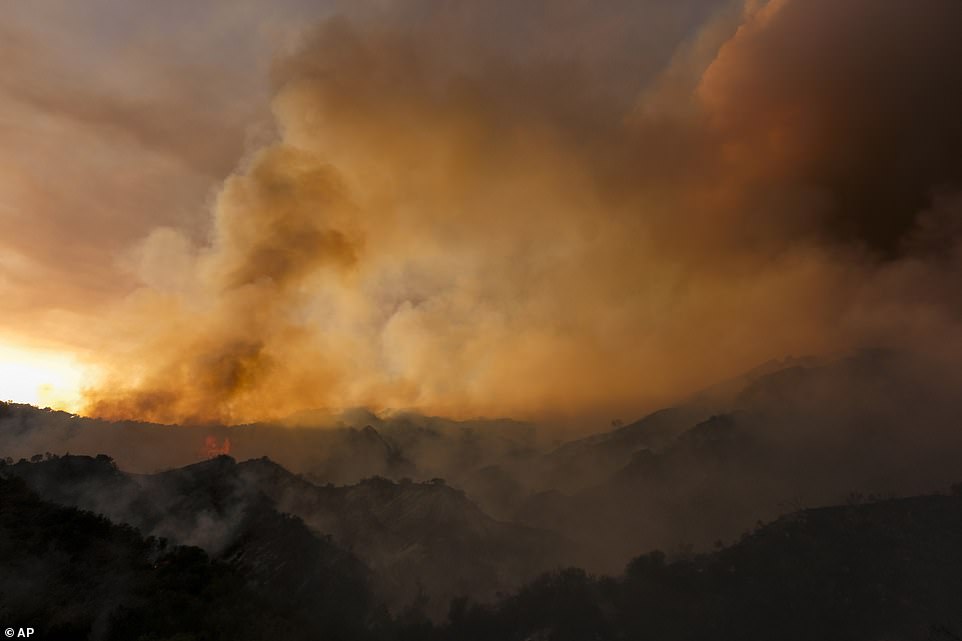 Smoke can be seen for miles above the wildfire 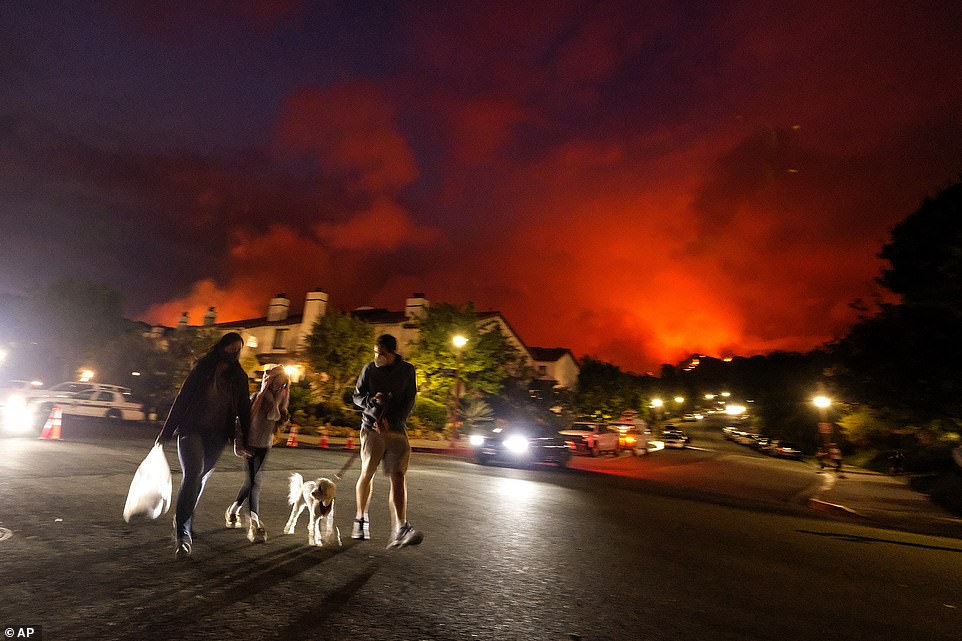 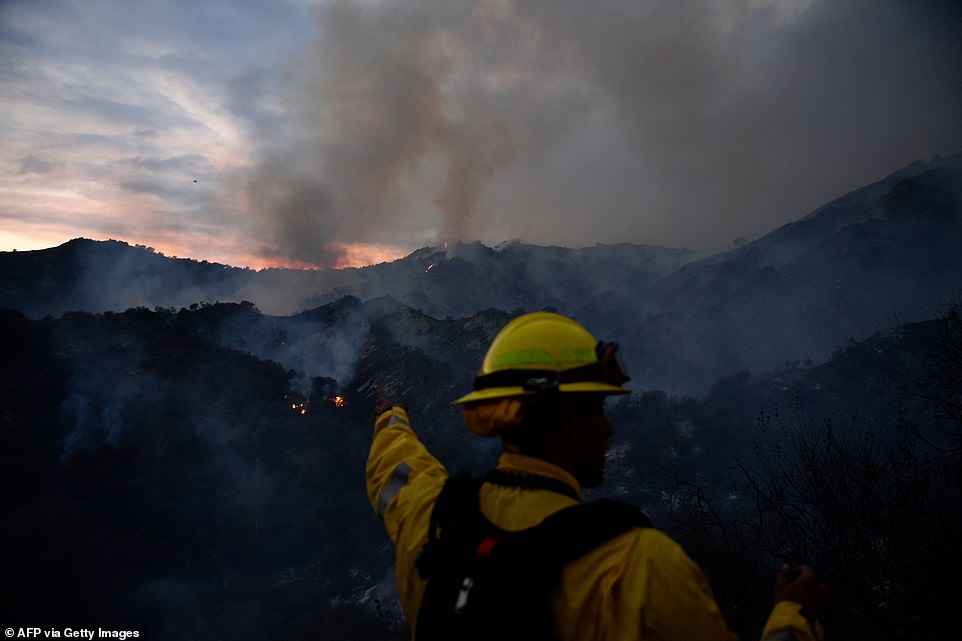 A firefighter looks at the flames from the Palisades fire cresting the hills in the distance in Topanga State Park, North West of Los Angeles on Saturday 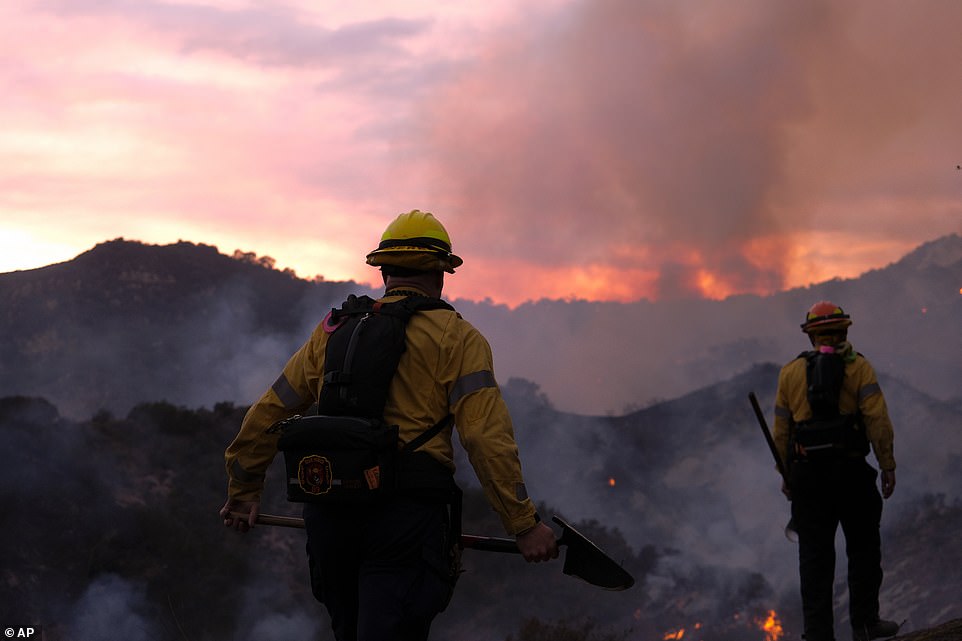 The Los Angeles Fire Department is hoping for rain to help their fight, but the flames are headed towards dense, thick material that will fuel the fire even more

The fire forced the evacuations of more than 500 multi-million dollar homes in nearby Topanga Canyon, according to the Los Angeles County Fire Department.

Some of the homes included ranches with livestock that was being moved to an emergency animal shelter established at Pierce College about eight miles away, ABC News reported.

‘We’re trying to keep it up out of the old growth, which is 50-60 years that hasn’t burned. So there’s a lot of dense, thick material there – oily plants that have died out because of the drought. So that’s our objective today is to try to keep it out of that and protect the communities and neighborhoods to the west of this fire because that’s what’s closest to it.’

The Los Angeles Fire Department resorted to battling the fire with helicopters and air-tankers, which are dropping fire retardant and water on the flames in areas hard for firefighters on the ground to reach, officials told ABC News.

‘Much of the area remains inaccessible. This is primarily an air-based operation with both fixed wing and rotary working together,’ Los Angeles Fire Department spokesperson Margaret Stewart told ABC News Saturday evening. 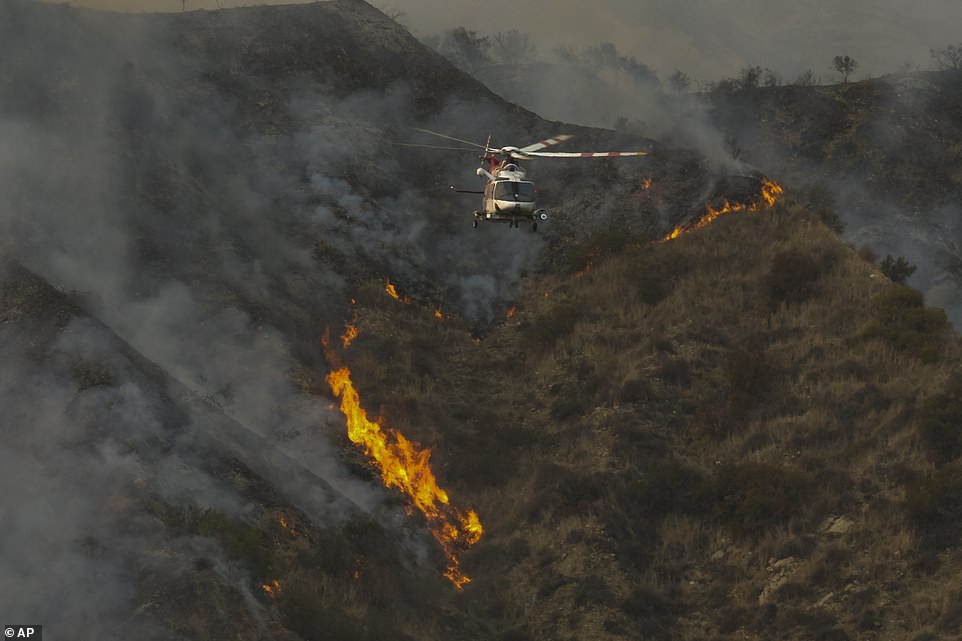 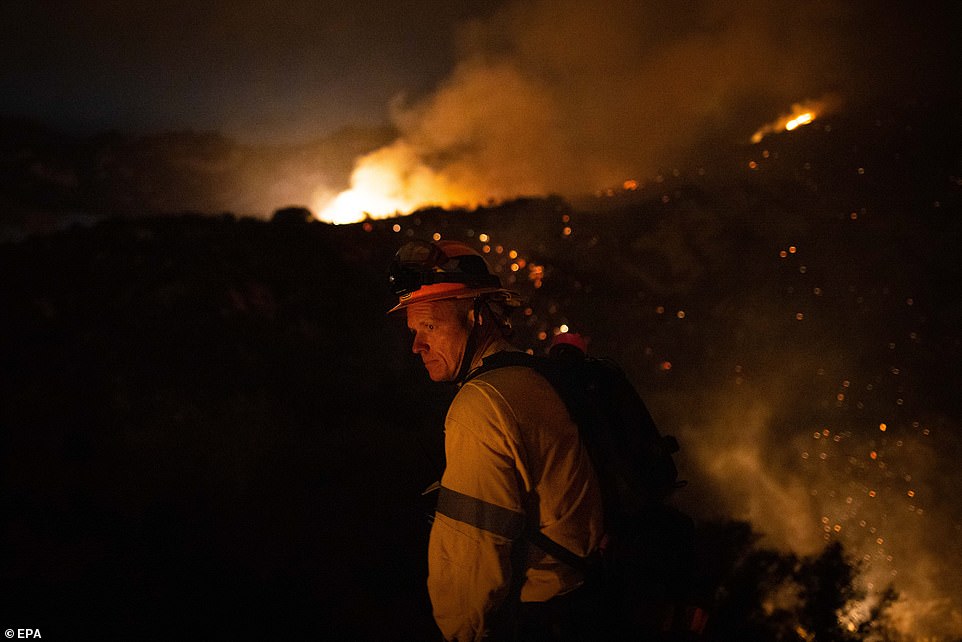 As of Sunday, the fire continues to rage 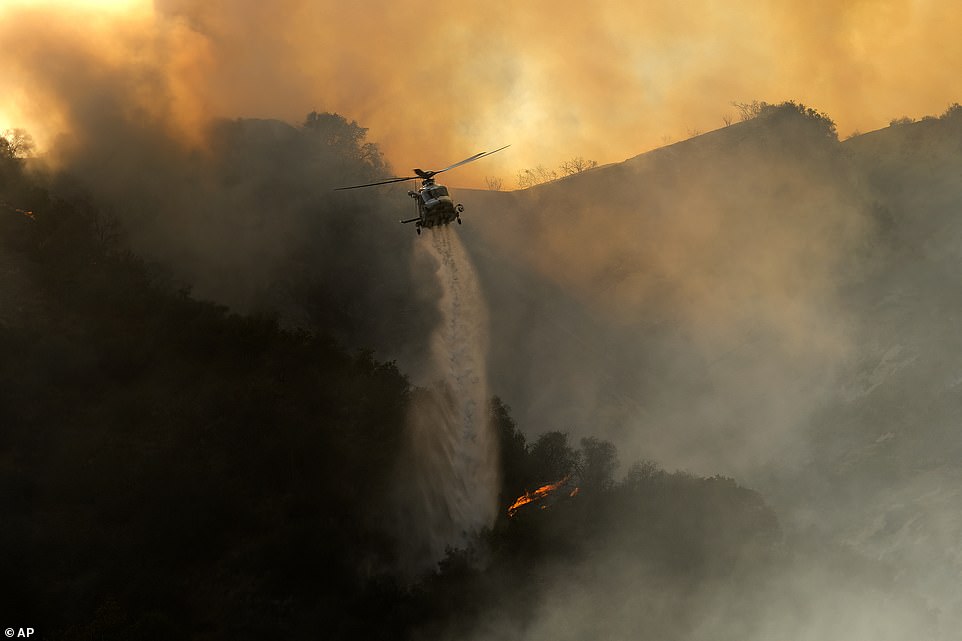 A firefighting helicopter drops water onto the fire Saturday evening 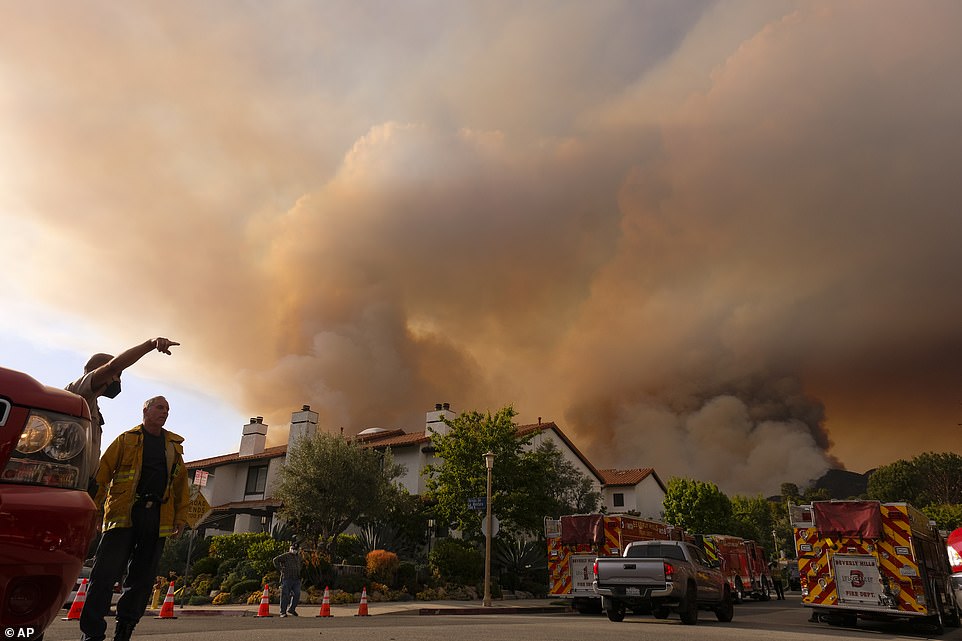 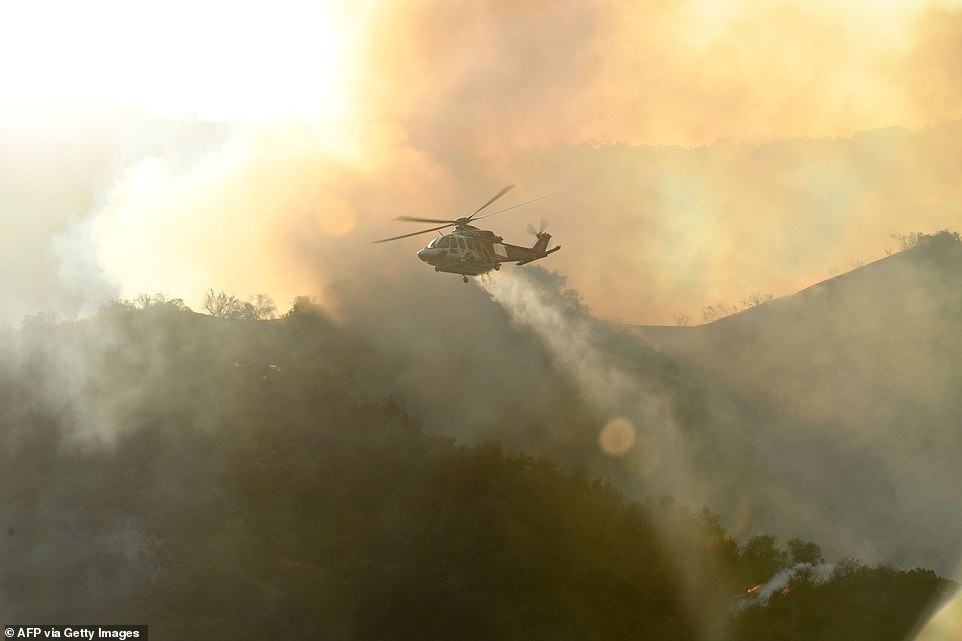 ‘Much of the area remains inaccessible. This is primarily an air-based operation with both fixed wing and rotary working together,’ Los Angeles Fire Department spokesperson Margaret Stewart told ABC News Saturday evening