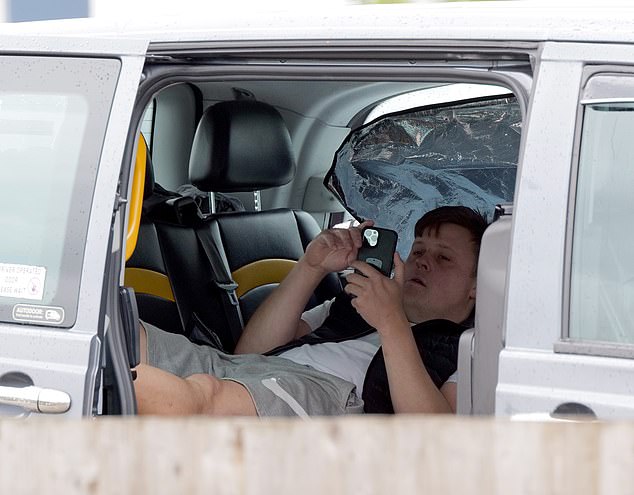 By Tom Pyman For Mailonline

A taxi driver was tragically found dead in his car at Heathrow, as dozens of desperate cabbies sleep inside their vehicles in the hope of picking up a fare at deserted terminals.

The man, in his 50s, is believed to have been dead for at least three days, after the body was discovered in his sleeping bag on Wednesday afternoon.

It is thought he may not have been found earlier because taxi drivers are facing extra-long wait times at a feeder park near the airport.

Today, drivers could be seen dozing in make-shift bedrooms inside their cabs – some with mattresses and insulated material placed against windows for warmth.

The industry has been decimated by the restrictions on international travel, some of which are set to finally be lifted on Monday, with many now going to extreme measures to give themselves the best chance of securing much-needed business.

A taxi driver lies down in his cab, with many sleeping there overnight, desperately hoping for a fare 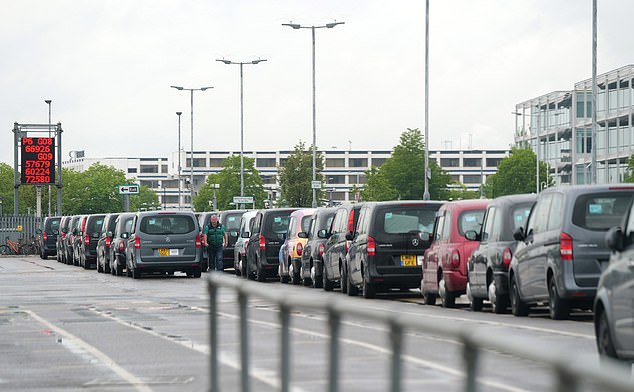 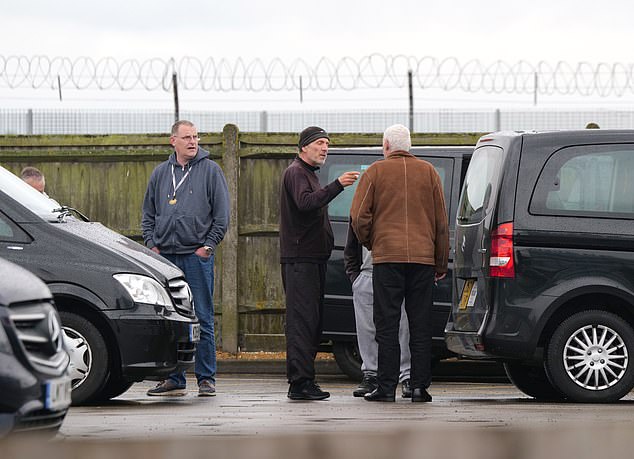 Drivers who had arrived at the site at midnight had moved only a few inches by around 10am this morning.

One cabbie, who did not want to be named, said long waits were nothing out of the ordinary as drivers have always arrived in the middle of the night to pick up the first fares of the day.

But, he explained, travel restrictions had made their waits longer.

He said: ‘Cab drivers have always held up overnight, that’s nothing new.

‘Everyone has been affected by the pandemic but fewer flights obviously means fewer fares so we are waiting longer.

‘There are fewer fares but what do you do, just sit indoors twiddling your thumbs or come out and work?’

This morning, around 150 vehicles waited at the feeder park with drivers hoping to be called to the ranks at arrivals.

If they leave, they lose their place in line and, with it, a share of the slim pickings.

Even when they eventually do get a fare, it may only be a short trip meaning hours wasted waiting in line for just a few pounds.

With only two terminals open, the usually busy airport was like a ghost town as only a few flights operated. 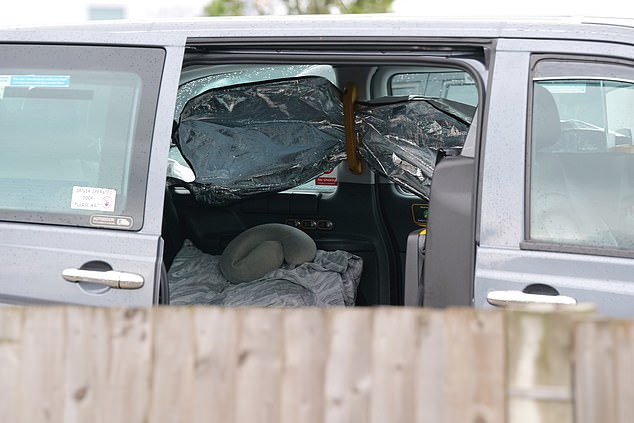 Bed sheets and pillows are set up in one taxi, with desperate drivers sleeping in their cabs overnight 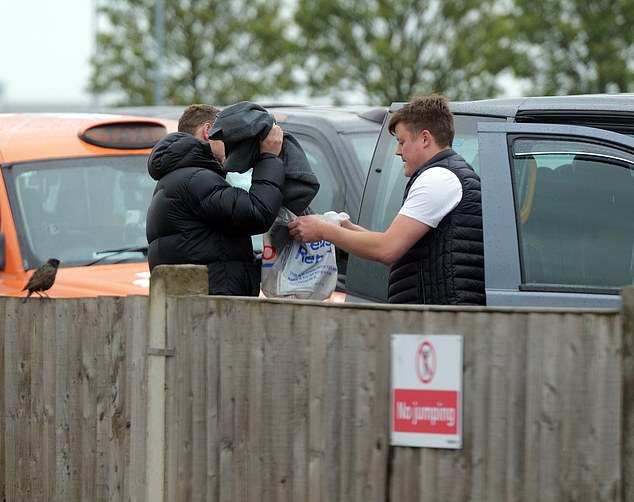 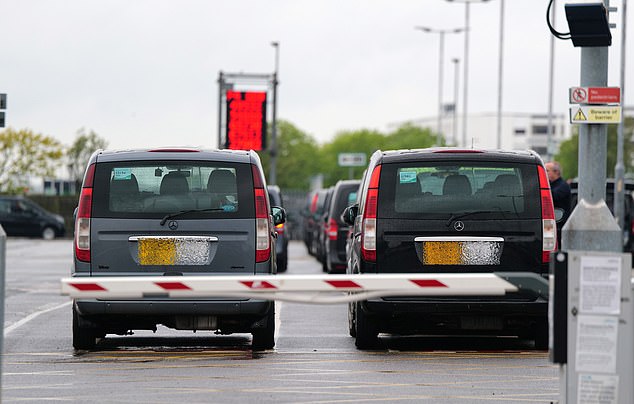 One cabbie, who did not want to be named, said long waits were nothing out of the ordinary as drivers have always arrived in the middle of the night to pick up the first fares of the day. But, he explained, travel restrictions had made their waits longer

Referring to the tragedy earlier this week, a Scotland Yard spokesperson said: ‘Police were called shortly after 16:01hrs on Wednesday, 12 May to Newall Road, near Heathrow following reports of an unresponsive man in a car.

‘Officers and London Ambulance Service attended and a man in his 50s was pronounced dead at the scene. The death is not being treated as suspicious and a file will be prepared for the coroner.’

A Heathrow Airport spokesperson said: ‘We are aware of and saddened by this incident. Our teams are on hand to support with any Police enquiries.’