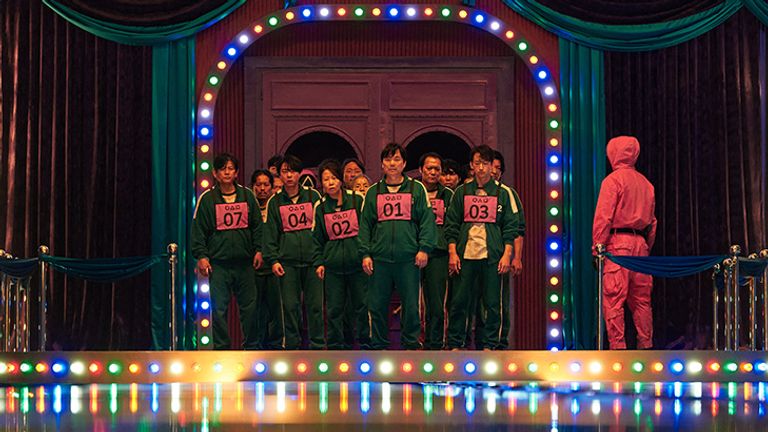 In an eerie resemblance to the hit Netflix show Squid Game, teachers in South Dakota competed in a “dystopian” scramble for one-dollar bills in a bid to fund improvements in their schools.

The $5,000 (£3,770) up for grabs in the money challenge was donated by CU Mortgage Direct, with a spokesperson for the company saying it was an “awesome idea”.

“With everything that has gone on for the last couple of years with teachers and everything, we thought it was an awesome group thing to do for the teachers. The teachers in this area, and any teacher, they deserve whatever the heck they get,” they told the paper.

One teacher, who managed to scramble an impressive $592 (£446) in the event, also told the paper: “I think it’s really cool when the community offers an opportunity like this for things that educations a lot of times pay out of pocket for.”

The event reminded some of the South Korean show Squid Game, which sees impoverished citizens participate in deadly children’s games to win a huge sum of money.

People have been reacting to footage from the event on social media, with one person writing: “The United States is a dystopian hell. These are underpaid teachers in South Dakota, being told to get on their knees and fight other educators for cash in front of an audience. No wonder Hunger Games and Squid Games were filmed in capitalist hellholes.”

Someone else wrote: “South Dakota officials really watched Squid Game and said “yeah let’s do that”‘.

A third added: “This is unspeakably sad. Teachers on the floor scrabbling for money. For our amusement.”

Another tweeted: “Just tragic that we expect #SD #teachers to scramble around on the ground in front of laughing crowds just to adequately fund their classrooms. Can you imagine the outrage if we asked police officers or firefighters to do this?”

Sky News has reached out to CU Mortgage Direct for comment.

US tornadoes: Nothing left ‘but a slab and two steps’ – residents speak of terror and destruction after deadly storms | US News