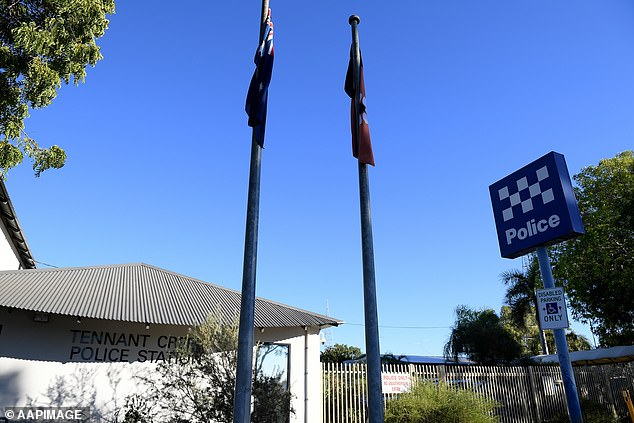 Seven-year-old girl is allegedly sexually assaulted by a teenage boy, 16, in a remote Outback town

A teenage boy has been taken into custody over the alleged sexual assault of a seven-year-old girl in the Northern Territory.

The 16-year-old allegedly assaulted the girl on Wednesday in Tennant Creek, about 1000km south of Darwin, NT police say.

The girl received medical treatment in Tennant Creek before being flown to Alice Springs.

The boy, who was known to the girl, was arrested late Sunday and is expected to be charged on Monday.

A seven-year-old was allegedly sexually assaulted by a 16-year-old boy ‘known to her’ on Wednesday in Tennant Creek (pictured, the local police station)

It comes a day after a 43-year-old man was arrested for alleged indecent dealings with a child in East Arnhem Land on Saturday.

He was charged with gross indecency with a child under 16 and is scheduled to appear in Darwin Local Court on Monday.