Terence McArthur, 67, admits the 1976 manslaughter of Tracey McArthur in Plymouth 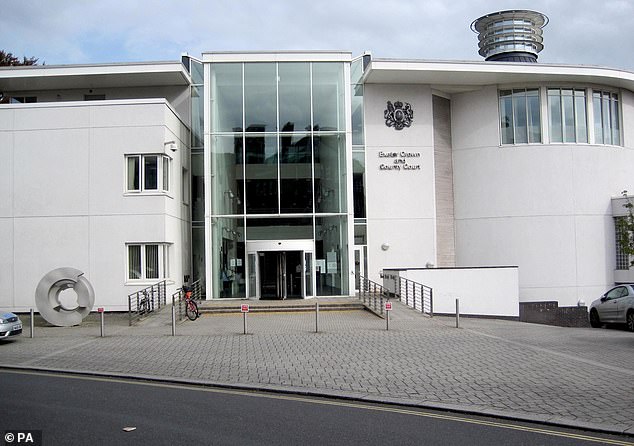 Man, 67, pleads guilty to manslaughter of baby girl who was killed in Plymouth in 1976

A pensioner has pleaded guilty to killing his two-week-old baby daughter in Plymouth more than 40 years ago.

Terence McArthur, 67, admitted the manslaughter of Tracey McArthur when he appeared at Exeter Crown Court today.

He was arrested at this home in Rochdale by Greater Manchester Police on August, 11, 2020 who passed the case on to Devon and Cornwall’s Major Crime Investigation Team.

Terence McArthur appeared this morning at Exeter Crown Court via video link where he admitted the manslaughter of baby Tracey McArthur on June 1, 1976

He admitted killing his daughter in Plymouth on June 1, 1976.

No further details of the offence were given in court.

McArthur, from Rochdale, Greater Manchester, appeared at court via video from custody.

The case had previously been listed for trial after an earlier not guilty plea by the defendant.

Judge Peter Johnson told McArthur he would be given appropriate credit for his guilty plea when the case returned to Exeter Crown Court for sentence next month.

He said: ‘I’m adjourning this matter to July 12 because this will be heard by Mr Justice Garnham.’

McArthur was remanded in custody until that date.

At a previous hearing Judge Johnson said: ‘This is a very unusual case.’

According to Devon and Cornwall Police: ‘A 66-year-old man from Rochdale in Manchester has pleaded guilty to the manslaughter of his two-week-old daughter in Plymouth on June 1, 1976. Terence McArthur, appeared before Manchester Magistrates’ Court on Wednesday, August 12, 2020 charged with the offence.

‘He appeared at Exeter Crown Court on Tuesday June, 22, where he pled guilty. McArthur has been remanded in custody until sentencing.’

Notes to editors/newsdesks: McArthur was arrested at his home address on Tuesday 11 August 2020. An investigation was launched into the circumstances around the death in June 2017 following a referral by Greater Manchester Police. Devon and Cornwall Police’s Major Crime Investigation Team has subsequently led the investigation into the death of the child, which led to the suspect being charged.

Euro 2020: What happens if COVID outbreak hits squad – and could matches be abandoned? | UK News

87% of adults in England have Covid antibodies, Office for National Statistics study finds