Texas shooting: School where 19 pupils and two teachers were shot dead is to be demolished | US News 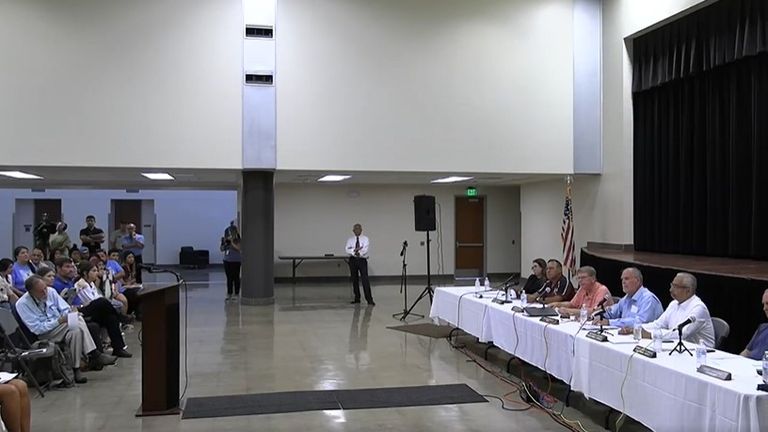 The Robb Elementary School, where 19 students and two teachers were gunned down, is to be demolished.

And so devastated is the small close-knit community by the tragedy that the decision has now been taken to close the school and destroy it.

At a City of Uvalde council news conference, in response to a question, the mayor Don McLaughlin confirmed the demolition. But he added there was no exact timeline yet, for it to happen.

The news come just hours after it was revealed there were enough armed police to stop Ramos three minutes after he entered the school.

Steven McCraw, director of the Texas Department of Public Safety, called the response an “abject failure” with “terrible decisions” made by the on-site commander.

He reiterated his previous assertion that as many as 19 officers had waited over an hour in a corridor outside classrooms before a special Border Force team entered and killed the gunman.

Nineteen children in grade four – aged 11 and 12 – and two teachers were killed in the 24 May attack.

Sandy Hook Elementary School in Newtown, Connecticut, was torn down after a gunman’s rampage in December 2012 led to the death of 26 people – 20 children between six and seven years old, and six adult staff members.