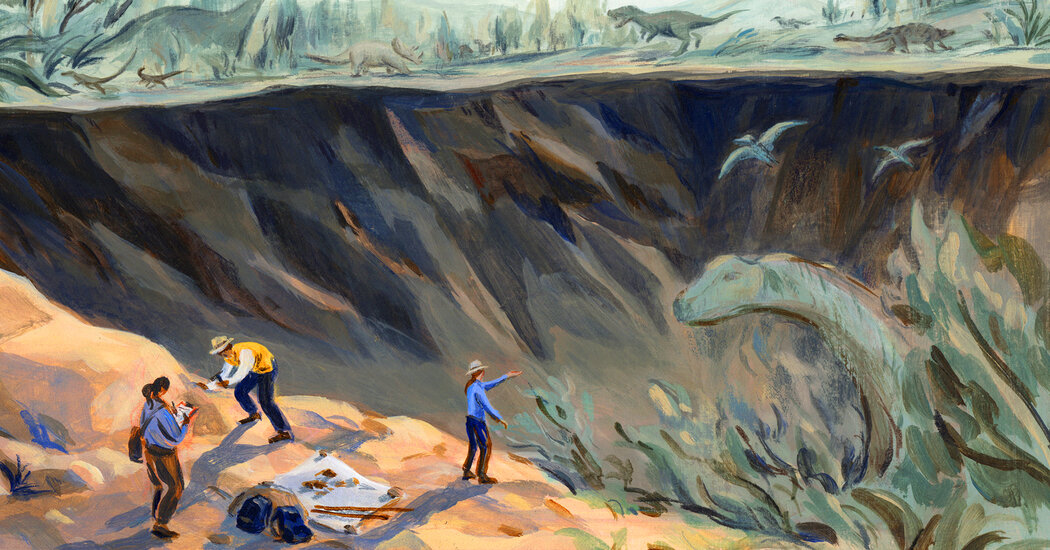 Dr. Gulick also noted that the study highlighted the hazards that asteroids pose across time, including risks faced by our planet-bound civilization. The Chicxulub impact and the fate of the dinosaurs are frequently invoked as the ultimate argument both for investing in planetary defense research, and for expanding our species beyond Earth. (Although it’s worth noting that other worlds, including Mars, are not exempt from large-scale asteroid impacts.)

But Chicxulub also sheds light on some of the most evocative questions about the emergence of life. Dr. Kring has long been fascinated by this subject, and has helped produce a wealth of research about the microbial ecosystems that cropped up in the fallout of the apocalyptic event.

“There’s an argument that stipulates that this type of bombardment is involved in not only the perturbation of the evolution of life, but actually involved in the origin of life on our planet,” he said. “Understanding these processes is important, and our best measures of some of these consequences on Earth are going to come from the youngest of these impactors, like Chicxulub, because the evidence is more robust.”

The mission Dr. Gulick helped lead continues to clarify the impact’s role as both a destroyer and a crucible of life. As the researchers plumbed the depths of the buried Doomsday event, they found dusty traces of the impactor, sandy backwash from the tsunami it had created and the fossilized remains of organisms that thrived in its aftermath.

Perhaps most astonishing, a study published this summer described modern-day microbial descendants of those early crater adopters, still living in the shadow of the catastrophe that was colonized by their forebears.

“It’s amazing to me that you can have an impact and you can generate an ecosystem, then 66 million years later, you still have life that is present in that location because of this previous condition,” Dr. Gulick said. “On a bigger scale, maybe you can generate habitats with impacts really early in Earth’s history and have ecosystems survive afterward. That reflects one of the ways in which you might get life going.”

In this sense, the Chicxulub impactor truly does have galactic implications as a time capsule of both biological disaster and the birth of new life. Other life-bearing worlds across the Milky Way might be similarly shaped by asteroid impacts, with tales of destruction and recovery all their own.

“This is an issue that potentially goes far beyond the extinction of dinosaurs,” Dr. Kring said.