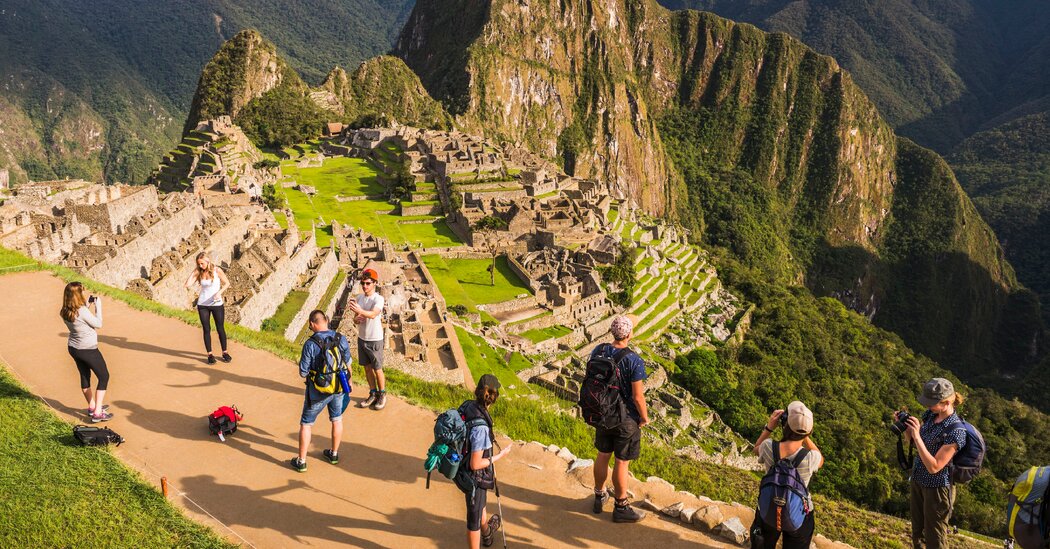 For decades, the breathtaking ruins that have brought hundreds of thousands of tourists to Peru every year have gone by the name Machu Picchu, or “Old Mountain” in Quechua, the language of the Incas spoken by millions today.

The name is all over signs welcoming visitors to the settlement in the Andes, above the Urubamba River valley and a train journey from Cusco, the ancient Incan capital. The website of Peru’s Ministry of Culture has a page dedicated to its history that also links to tickets.

But the name of the town, built by the Incas in the 15th century, is technically Huayna Picchu, or “New Mountain,” according to researchers who pored through documents dating back to the 1500s to verify the original moniker.

“The results uniformly suggest that the Inca city was originally called Picchu, or more likely Huayna Picchu,” wrote Donato Amado Gonzales, a historian at Peru’s Ministry of Culture, and Brian S. Bauer, an anthropologist at the University of Illinois Chicago, in an article that was published online last August in Ñawpa Pacha: Journal of Andean Archaeology. Their findings were announced last month by the university.

The findings continue to “dispel the myth that Machu Picchu was an eternal lost city,” said Mark Rice, a professor of history at Baruch College who was not involved in the research. “Like most of the Andes, the site was, and continues to be, a dynamic place with a shifting history,” he said.

The ruins became widely known as Machu Picchu after 1911, when Hiram Bingham, a lecturer at Yale University, began visiting the region and publishing accounts of his travels. In 1913, The New York Times credited Bingham with finding a “lost city in the clouds.”

“He has just announced that he has had the superb good fortune to discover an entire city,” the article read, adding that it was “a place of splendid palaces and temples and grim encircling walls.”

“He calls it Machu Picchu,” the newspaper reported.

Two families were living next to the site when Bingham first arrived, and documents showed other people had known about the ruins before he visited. But the professor was the one who told the rest of the world about the city, according to historians.

Bingham apparently heard the name Machu Picchu from Melchor Arteaga, a tenant farmer who lived on the valley floor and acted as Bingham’s guide during his travels to the ruins, according to the article.

Ignacio Ferro, the son of a landowner near the ruins, told Bingham that Huayna Picchu was the name of the ruined city. And there were documents from the 19th century, including a map of the region, that showed the name.

But for unknown reasons, Bingham went with Arteaga’s claim.

“He accepted what they told him at that moment,” said Dr. Amado Gonzales.

Still, Bingham apparently was not convinced he had the name right. In 1922, he wrote an article cautioning that other documents could surface showing that the name of the town was not Machu Picchu, Dr. Amado Gonzales said.

Professor Bauer said that he and Dr. Amado Gonzales had been studying such documents independently for at least 10 years, poring over evidence that the original name of the town was Huayna Picchu.

“Realizing that we were both working on the same topic, we decided to combine our database,” Professor Bauer said in an email.

Their findings are based on Bingham’s notes and other materials related to his work at the site, as well as early maps and atlases that described the region and land documents that had been held in the regional, national and Spanish archives.

One “extraordinary document” from 1588 described the concerns of the Spanish invaders who feared the Indigenous people of the region were planning to leave Cusco and “reoccupy” a site they called Huayna Picchu, according to the researchers’ article.

The findings are not a surprise, said Bruce Mannheim, a professor of anthropology at the University of Michigan who was not involved the research but knows both authors and who once taught Professor Bauer.

Anthropologists and historians who have studied documents about the region have come across writings that revealed the original name of the town, he said. But scholars had not written about the name or pressed the issue before.

“There is no percentage in correcting tour operators,” Professor Mannheim said. “We’d effectively be policing other people’s use of language and nobody really wants to do that.”

Still, it is good to document the original name in a scholarly record, he said.

Dr. Amado Gonzales said it would be “an exaggeration” to say that it was a mistake to call the town Machu Picchu all these years.

“The city, the Inca town, is in the jurisdiction of Huayna Picchu,” he said. But Machu Picchu is not a term Bingham invented — it is the Quechuan name of the larger mountain peak that flanks the ancient site to the north. Huayna Picchu is the name of the smaller peak to the south.

There were archaeological Incan remains at the summit of Machu Picchu, and 19th-century documents indicate that the people of the region also called the town Machu Picchu, Dr. Amado Gonzales said.

In other words, tour operators do not have to start correcting themselves.

“You do not need to change the name,” Dr. Amado Gonzales said.

The name Machu Picchu is so ingrained with the public, and such a part of Peru’s identity, that it is unlikely to be replaced, said Natalia Sobrevilla Perea, a professor of Latin American History at the University of Kent.

“In a sense, it doesn’t make that much difference,” she said. “They’re both Indigenous names. It’s not like there was a change to a Spanish name from an Indigenous name.”

The Peruvian government and people in the country are “very attached” to the name Machu Picchu as “a national symbol and an archaeological symbol,” Professor Sobrevilla Perea said.

“It’s one of the Seven Wonders of the World,” she said. “It’s something that Peruvians take a lot of pride in.”