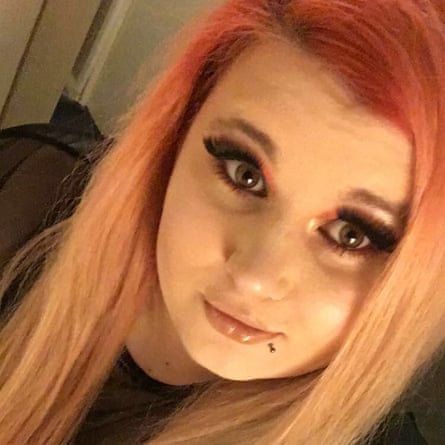 As a digital marketer, Emily Ware spends a lot of time online, yet this comes with a risk. Ware has borderline personality disorder, a mental health condition linked with impulsive behaviours. In her case, that’s spending money online.

According to the charity Money and Mental Health, one in eight adults spend more than they can afford to online, while almost one in four buy things they don’t need. People who have experienced mental health problems are twice as likely to do either of these, and the charity says they are especially vulnerable during the coronavirus pandemic.

Britons collectively spend up to £1bn every month on impulse buys, according to a survey last year by 118 118 Money. While mental health, mood and personality all play a role in that, consumer psychology is increasingly being used to shape our choices online. This blend of design and behavioural science means our unplanned purchases aren’t always as spontaneous as we think.

Kate Nightingale is a consumer psychologist and works with brands and charities including Klarna, Swarovski and the British Heart Foundation. She says her role does involve doing things that can make people buy, “but we’re making sure that they truly understand the meaning of the product, the value of it”.

Whether they are used for positive means or not, the problem for some consumers is that these tactics are slick, successful and designed to be unobtrusive. It can be hard to tell when brands are using them, and tough to resist the most appealing.

Some of the most common ways retailers tap into psychology include rushing us into decisions and persuading us that we are missing out if we don’t make a purchase.

Scarcity: Anything limited creates a sense of urgency and primes us to act quickly. Sales are by definition limited. Hotel websites also use this when they say four rooms are available but five people are viewing them. It works because most of us want to avoid the pain of losing something.

Thresholds on free shipping work the same way. The pain of missing out on a freebie can nudge us into spending a bit more, even if we do not need or want the extra items.

Social proof: Reviews, recommendations and likes signal that a product is already tried and tested, so it feels safe. It works because we are a herd species: we copy each other to show we fit in, and because copying is an easier cognitive process.

Some brands tap into this by revealing what other consumers bought, while Facebook highlights what your friends and family like. Why? Because we trust their opinions most of all, making it a potent form of marketing.

Default choices: It takes less mental effort to stick with defaults, such as leaving the newsletter box ticked. The same applies to repeat subscriptions (often discounted to further sweeten the deal) and curated packages. On the flipside, Nightingale says cancelling later can feel harder as it means confronting whether you chose poorly the first time.

Try-at-home options push the same buttons. These let you order multiple items and return whatever you don’t want. Retailers know many consumers will avoid the pain of choosing or sending things back. Ware agrees: “The problem was I would keep more clothes than I had the budget for.”

Framing: Scrolling through lots of similar products gets tiring, so websites find ways to stop us zoning out or clicking away.

“Our brain is designed to pay attention when something’s different because it can be a potential danger or opportunity,” Nightingale says. Framing or dividing content also makes it easier to make sense of, rather than everything blending in together.

Varying font sizes by only one or two points is another tactic, she says. “Subconsciously your mind will pick it up. And because it’s a little bit bigger, you will naturally pay attention to it. Therefore you feel that you like this product – but it has nothing to do with the product.”

Frictionless paying: Once we are primed to spend, frictionless payment options such as one-click and guest checkout help us to check out before second thoughts kick in. Buy now, pay later options, such as Klarna, also give the illusion of payment flexibility and, therefore, affordability, while playing down that it is a form of debt. It is this speed and lack of transparency that concerns critics.

What retailers can do

Money and Mental Health says these marketing tricks all tempt consumers to spend more than they can afford and leave them vulnerable to debt troubles. The charity is calling on retailers to make online shopping slower and more considered by adding friction back into the process.

Friction is anything that stops us completing tasks and it can mean lost revenue for retailers. “Take an example of a queue in an actual store,” Nightingale says. “How many times did you drop your potential purchase because you were standing in a long queue?”

Online friction includes having to click multiple buttons or read small print, things designers usually try to minimise. Processing information is expensive in terms of energy and effort, Nightingale says. “Our brain is generally looking for easier ways, so it can conserve energy for other things that are more important.”

Sam Nurse is a debt adviser and the chair of Money Advice Hub. She says impulse buys cause problems when they conflict with priority costs, such as rent. She advises clients struggling with their spending to “try to become self-aware of any impulse buying habits and find ways to disrupt the urge”.

Nurse wants retailers to adopt “ethical marketing and advertising policies that aim not to exploit impulse buying among lower income groups and vulnerable consumers”. She and Ware are both calling on online stores to help consumers to assess affordability and consequences before paying – but that is the opposite of the feelgood, low-effort world retailers are building online.

“When I first started in marketing around six years ago I thought now I know about all the tactics I wouldn’t be able to fall for them,” Ware says. “I’d look at ads for gambling sites and think how ridiculous their tactics are and that I would never be drawn in – but managed to be drawn in by something just as addictive.”

Bahrain says it will not allow imports from Israeli settlements | Israel