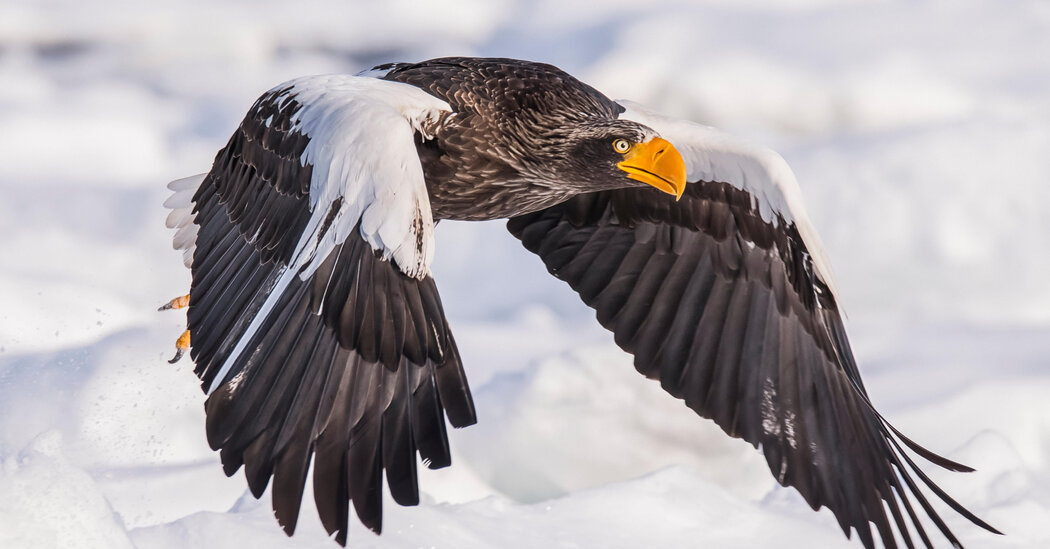 The critically endangered Chinese crested tern, for example, was presumed to be extinct after last being spotted in 1937. Then, in 2000, and again a few years later, biologists rediscovered the species at sites in China and Taiwan where it hadn’t bred before. In 2016, scientists found two nesting Chinese crested tern pairs incubating eggs on an uninhabited island in South Korea. Its tiny surviving population — only about 50 birds — is still threatened by egg-poaching humans and nest-destroying typhoons. But as one conservation officer noted in 2017, the Korean nesting site “means the future of this species looks more promising now.”

With growing attention to climate change, scientists emphasized the difficulty of unpacking the role of vagrancy in a species’s adaptation. “You can’t predict when and where a vagrant will show up,” said Lucinda Zawadzki, a zoologist at the University of Oxford. “They are, by nature, rare.”

For her own research, for example, Dr. Zawadzki set up 19 mist nets on Bon Portage Island in Nova Scotia to catch and study as many vagrants as possible. She netted 29 in two years — an impressive yield for the subject at hand. But she conceded that it was a small sample size for a scientific study.

In the absence of a solid understanding of their pioneering journeys, humans have typically written off avian vagrants as disoriented or windblown.

“There’s this historical narrative around vagrants that they have to be lost. They have to be abhorrent. There’s something wrong with them,” Dr. Zawadzki said.

But faced with climate change, she said, the opposite might prove true: The ability to explore — or, seen another way, the opportunity to “get lost” — becomes a huge advantage.