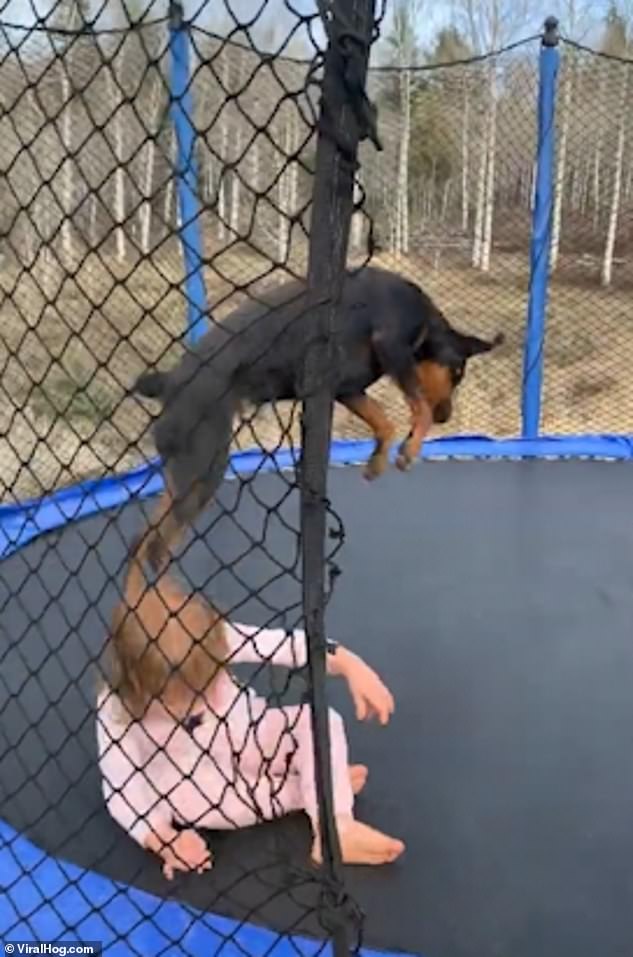 Bouncing buddies: Three-year-old girl and her Rottweiler best buddy leap around on a trampoline in adorable footage

By Milly Vincent For Mailonline

This is the adorable moment a toddler and her pet puppy enjoy a bounce on the trampoline together, with the dog even performing somersaults.

Three-year-old Alex, from Jackson, Wyoming, was seen jumping for joy with her four-legged playmate, Kona, the two-year-old Rottweiler.

In the footage, captured by the girl’s parents on May 5, the pair bounce in sync with each other as the youngster shrieks with happiness.

Kona copies the toddler’s movements and even appears to be encouraging her to do a forward flip as the acrobatic dog repeatedly rolls over head first.

Alex’s parents said about the bouncing duo: ‘Alex loves to jump on the trampoline with Kona, our 2-year-old Rottweiler.

‘Kona is super sweet with Alex and is her best friend. They always are looking out for each other.’

Three-year-old Alex, from Jackson, Wyoming, was captured jumping for joy with her four-legged playmate, Kona, the two-year-old Rottweiler 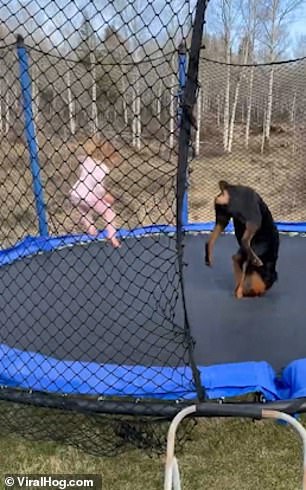 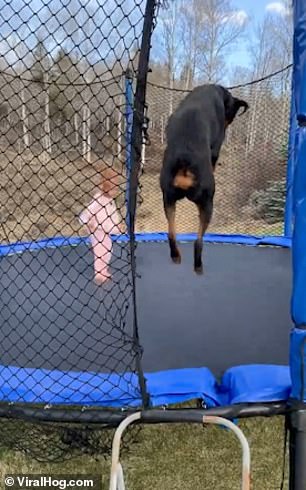 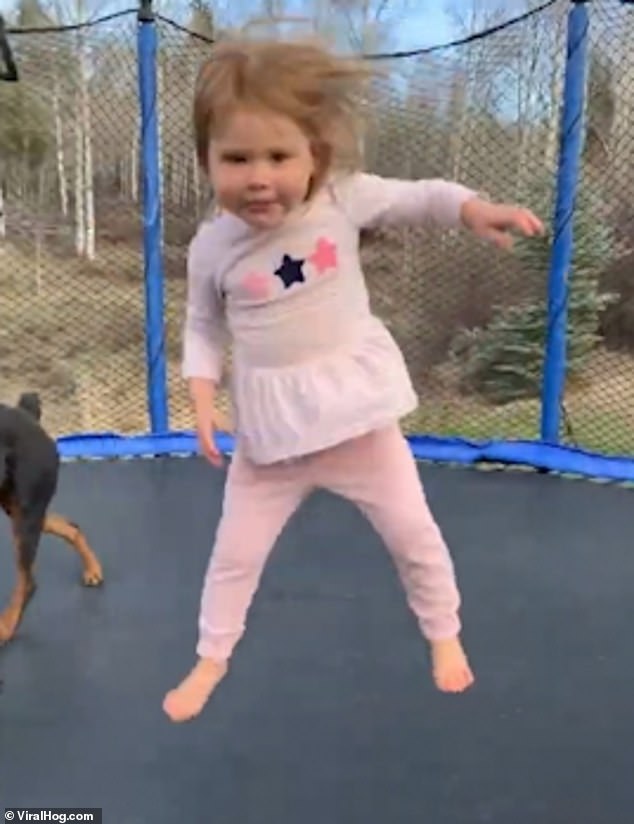 As Alex shouts out ‘wow’ and ‘bounce’ the dog barks in response in a heart-warming display of friendship.

The dog continues to show his best moves, bouncing high above the three-year-old’s head and dramatically rolling over on it’s side.

Alex’s mother can be heard laughing from behind the camera as the playful pair become increasingly enthusiastic with each bounce.